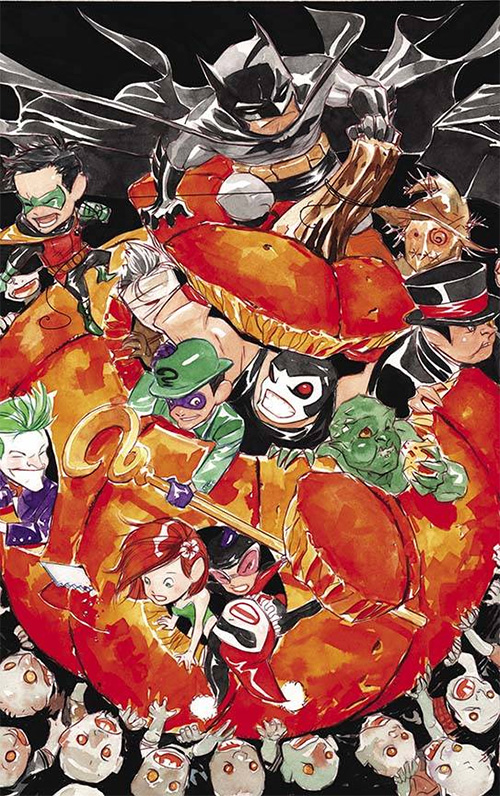 September 15 is Batman Day in comic book stores across America and with it comes several freebies aimed at readers young and old. Two different comics will be made available, the first one being Sean Gordon Murphy’s Batman: White Knight #1 which is definitely for older readers. BATMAN WHITE KNIGHT BATMAN DAY 2018 #1 SPECIAL ED
Written and art by Sean Murphy
Just in time for Batman Day 2018 on September 15, DC reprints the sold-out first issue of the acclaimed miniseries written and illustrated by Sean Murphy!
Set in a world where The Joker is cured of his insanity and homicidal tendencies, The Joker, now known as “Jack,” sets about trying to right his wrongs. First, he plans to reconcile with Harley Quinn, and then he’ll try to save the city from the one person who he thinks is truly Gotham City’s greatest villain: Batman!
This promotionally priced reprint issue will arrive in stores on Wednesday, September 5 and is intended to be held for Batman Day on Saturday, September 15.

For younger readers, Dustin Nguyen’s Batman Lil Gotham #1 will be available as a free book that day. BATMAN LIL GOTHAM BATMAN DAY 2018 #1 SPECIAL ED
Written and art by Dustin Nguyen and Derek Fridolfs
First, Robin needs Batman’s help to learn the true meaning of Halloween. Then, on Thanksgiving, Batman and Robin join the families of Gotham City around the table for a holiday feast-and birds of a feather flock together to stage a march against the city…led by The Penguin!

Along with the comics, masks will be available that feature several different cowls of Batman as well as one for Batgirl and one for Harley Quinn, though these are the same ones offered last year. Coloring books will also be available which both young and old fans can get enjoyment from.

Be sure to visit your local comic book store on September 15th to celebrate Batman’s ongoing legacy while also supporting a local business.