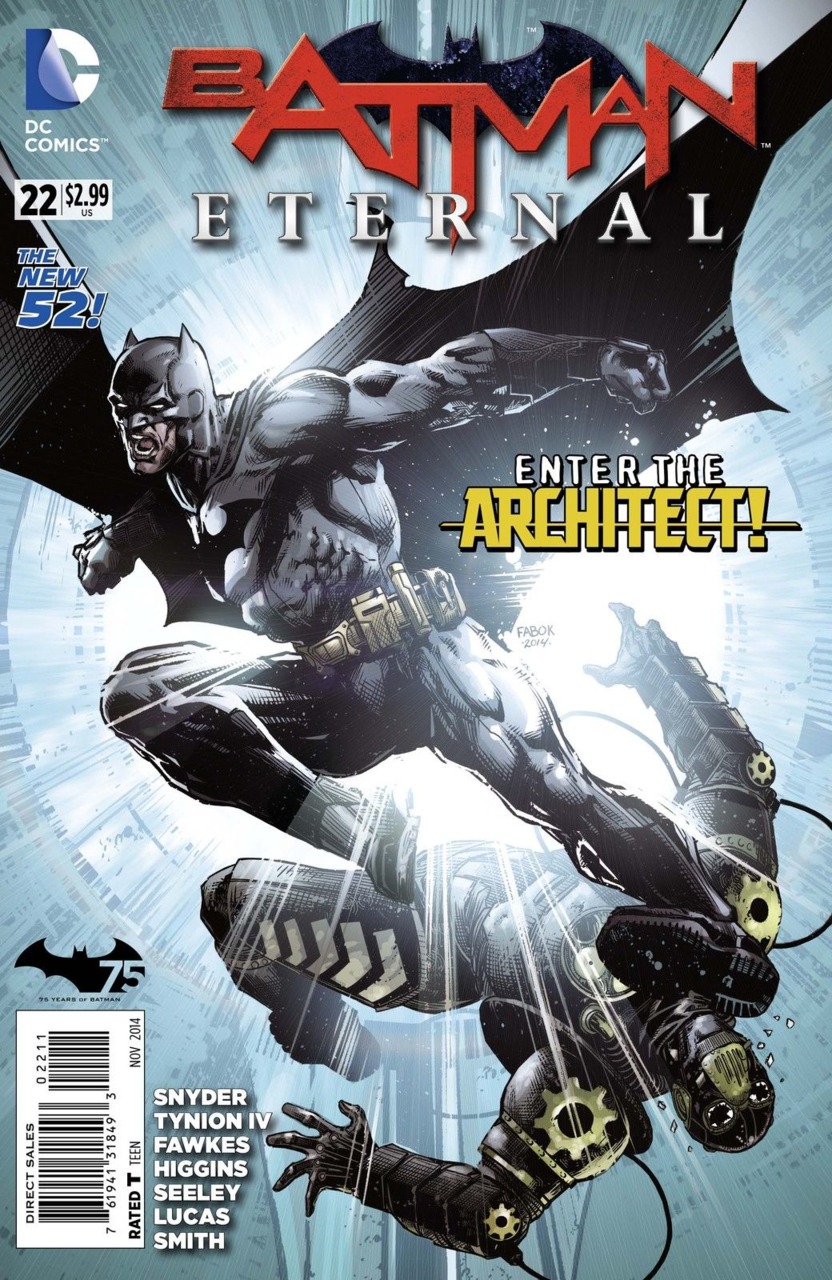 Well, we’ve just closed out the first story arc with last issue, according to the trade, anyway. So this issue feels like as good of a jumping on point as any, if you’re feeling up to it. This is also the point to where John Layman leaves the team, and Kyle Higgins joins.

Higgins wrote the script for this issue, however, it’s a bit of a letdown after last week’s amazing issue. It seems to rehash some points that’s been going on, adding very little. But like I said, it’ll be a good point to jump on.

Now, I’m getting kinda bummed about all the really good art teams leaving this book all of a sudden. Dustin Nguyen will soon move on to work on an Image book with Jeff Lemire, and not too long ago, Jason Fabok has been hired to do Justice League, which is awesome! So congratulations to both of them. Here, we have a new art team joining Eternal with Jorge Lucas and Brett Smith on colors. I didn’t like the art so much, here. The inks are so thick, and the characters are inconsistent. The characters don’t really look the same from one panel to the next.

Julia Pennyworth is trying to get ahold of Bruce after the incident with Alfred the day before. But she can’t get reach him, as he is busy with crime. She remembers Alfred telling her the time, as she comes across the grandfather clock. She sets the time, it opens, and she goes into the cave.

The Architect has assembled a gang, and they are infiltrating the Beacon Tower, and taking people hostage. He puts a device on the tower that is designed to literally shake the building to the ground.

Julia finally contacts Bruce, who she quickly realizes that he is Batman, and tells him about Alfred. He says he’ll go see him, but he has to save these people first. He storms the building, just as the Architect turns on the machine as it makes a “SHHHHHH” sound as the building is cracking.

Batman makes his way to the Architect, and tries to get information, when the Architect tells him to listen to the whispers… “SHHH”, as we see Hush killing the owner of the Beacon Tower. Batman now knows who is behind all this.