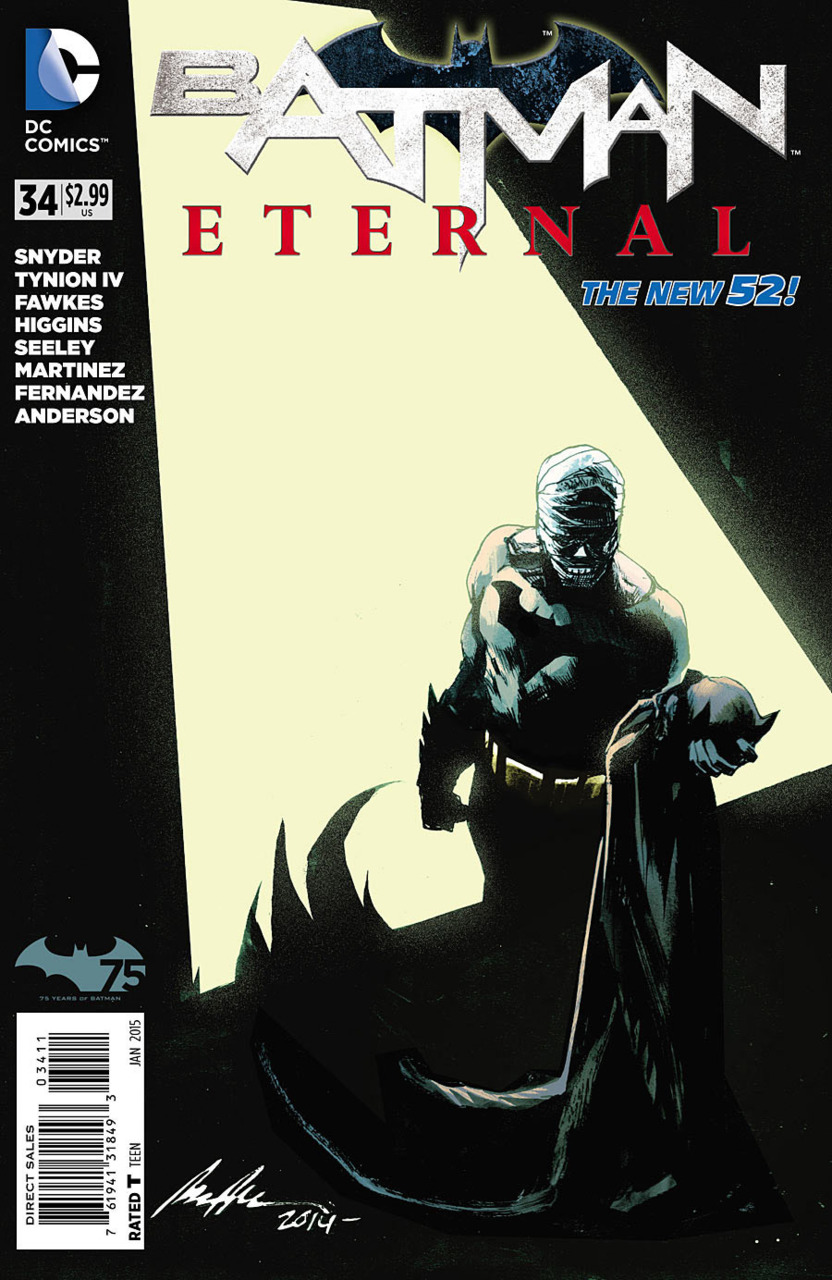 It’s kind of difficult to rate the ending to these mini-arcs, because they are left so open ended. I know that they plan on picking up these pieces later, it just makes it hard to say “this was a great ending” when it hasn’t really ended yet. This issue is a game changer. Really setting the tone for the rest of the series. Kyle Higgins closes out his arc with a new revelation that shakes Batman to his core and puts the whole family on high alert.

Alvaro Martinez is on pencils here, and the guy put in some solid work. I’m not familiar with him at all, but I was impressed. It matched up with Fabok’s style very well.

We pick up where we left off; Hush catching Julia in a cache. She ducks around a corner as he shoots at her, and wounds her. She comes across a grappling hook, and shoots it through Hush’s shoulder, but he cuts the line, and arms the bomb, as she begins to pass out from the blood loss. It explodes, and Batman goes back for her. He finds a hole in the ground (someone’s seen Captain America: The Winter Soldier) and Julia is under ground level.

Mayor Hady and Commissioner Bard meet up with Lucius to talk about the exploding Waynetech around the city… And it’s not looking good.

Alfred has fixed up Julia, while Bruce realizes that Hush has accessed a cache underneath the Martha Wayne Foundation Hospital. He heads over, to find Hush sitting on a throne of weapons waiting for Bruce. He wants a fight to the death, but if he looses, he’ll detonate the cache, blowing them both up. He puts on some bat-gear, and they duke it out. Batman takes him down, and destroys the detonator.

Lucius makes an announcement to the press that Wayne Enterprises has been seized by the Federal Government. While at the same time, Batman notices a letter in Hush’s jacket. The same one he found on Falcone… Inviting him to share in the destruction of Gotham.

So Hush isn’t behind this after all… Was that deciphered Riddler code more than we thought it was, or is there more to the title of this series; Batman Eternal. Right now, I’m thinking it’s either Riddler or Ra’s Al Ghul.