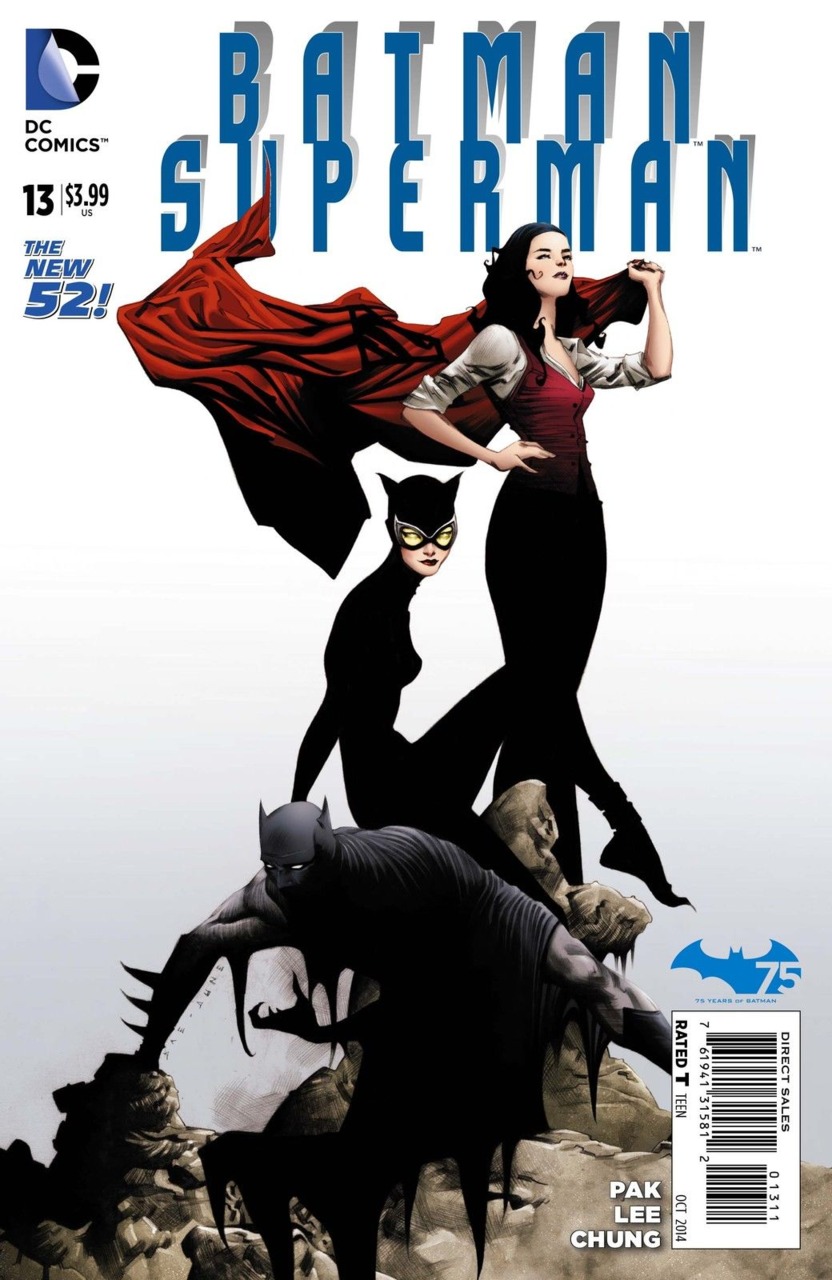 This book has had a constant problem of being late, and finally, this issue comes out. Greg Pak is doing something very different, here, and I’m liking it. His story is crafty, and seems interesting in terms of his direction. What is making this book so interesting right now, is that it’s in it’s own continuity. It’s doing it’s own thing, telling it’s own story, and not letting everything else get in the way of that.

I really do like me some Jae Lee art. It’s so stunning, and strikingly unique. He has a heavily modern, dark, Asian-influenced style that looks so cool. He draws a pretty wicked looking Gotham City, as he makes the place come alive in ways most artist dream of doing. The only downside to this guy is that he takes so long. The guy is just too good to let go, but he’s too meticulous to be put on a monthly. And, we saw that a new artist is taking over in November, so I’d suggest putting the dude on a graphic novel, like Earth One, or something like that. Hopefully they’ll get something worked out.

Kaiyo is taken hostage by Lord Satanus, and he threatens to eat her. But she offers him Superman and Batman in exchange for her life, as he can do with them as he pleases since she has mind wiped them both, again.

Both of our heroes crash in Gotham City. Batman crashes in Crime Alley. Not knowing who he is, he sees he has a bat costume, and thinks this is weird. Scarecrow appears with a gun, and attacks. Batman tries to escape, and his muscle memory takes over, as he takes Scarecrow down. Scarecrow tries to use his fear toxin, but with no memories, comes no fear. Batman takes the gun, and shoots at Crane’s feet, because he doesn’t know he doesn’t like guns.

Bruce unmasks himself, trying to remember. He calls the Batmobile, and has it take him home, where a fancy party is being held. A woman tells him how rich and handsome he is, which he thinks is awesome.

Superman, naked in a junk yard, is noticed by Catwoman, as they are attacked by a giant garbage machine. He covers himself with his cape, and destroys the machine.

Lois Lane is on a train, making a stop in Gotham to interview a Mr. Mangubat, who is claiming that he was wrongly imprisoned. He has a robot try to kidnap her inside the train, and another that takes over the train. However, Superman and Catwoman appear and save her, but he doesn’t know who she is talking about, because he has no memory.