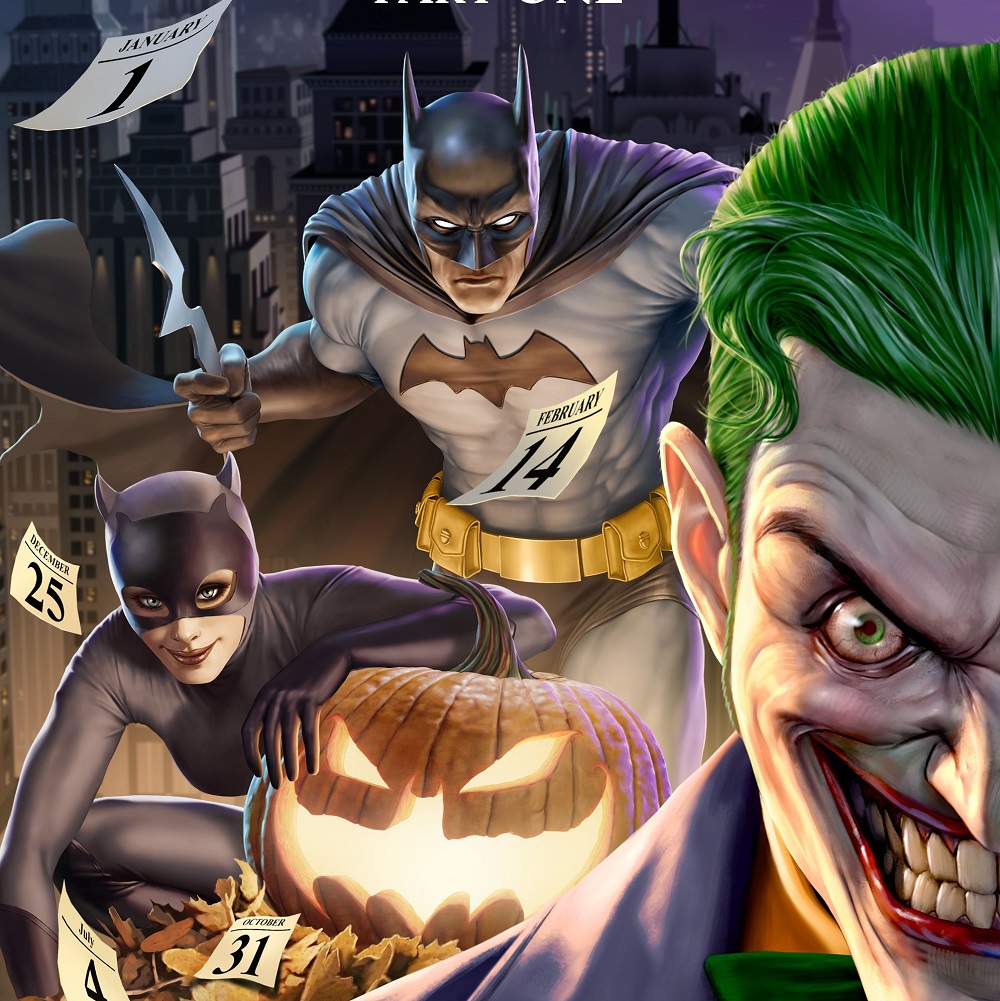 Editor’s Note: Welcome a new article series where the staff at TBU takes a look at either an upcoming or past project and gives what they are hoping to see or wish they saw.

On any list of top Batman stories, you will most likely find Batman: The Long Halloween either at or near the top. The Long Halloween by Jeph Lobe and Tim Sale goes deep on the origin of how Harvey Dent became Two-Face and has a mix of mystery and the mafia to make one of the greatest Batman stories of all time. Now the comic is being adapted into a two-part animated movie with the first part coming on June 22, 2021.

Any adaptation of a comic book can be controversial. Does the movie hit all the key parts that made the comic so great? Does the movie change a key element that differentiates it too much from the comic? (I’m looking at you, Batman: Hush). The Long Halloween is one of my favorite Batman stories, and there are five key elements from the comic that I would like to see adapted perfectly in the movie.

As a note, I will only be looking at moments from the first half of the comic series as the animated movie is broken up into two parts as well. Also, it is worth mentioning that despite this series being over twenty years old, there will be spoilers ahead.

#1: The Holiday Killings in Black and White 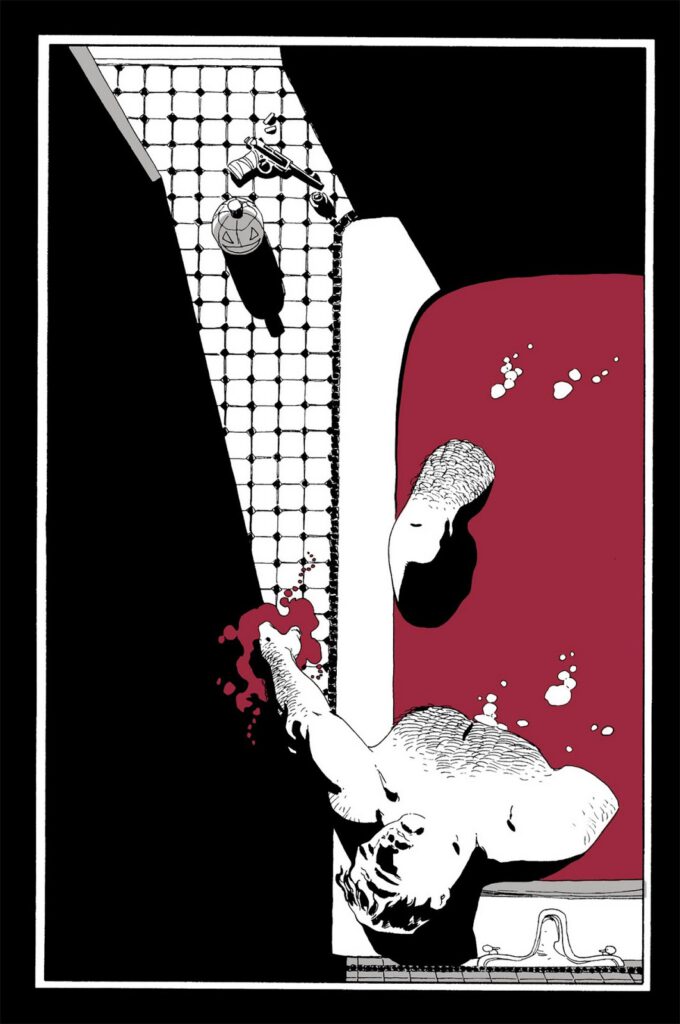 Another great use of the black and white style in the story is that once Holiday commits the murder, he (or she) leaves behind a memento to commemorate the season and holiday of the killing. That memento is in color while everything else is in black and white. Along with the killings being set in black and white, the murders are done in silence. There are no text boxes and no word balloons. In the book, it really makes the murder seem like time stops, and events become almost like snapshots. This style really puts an emphasis on the killings that these are not random, rather that they are thought out with precision. 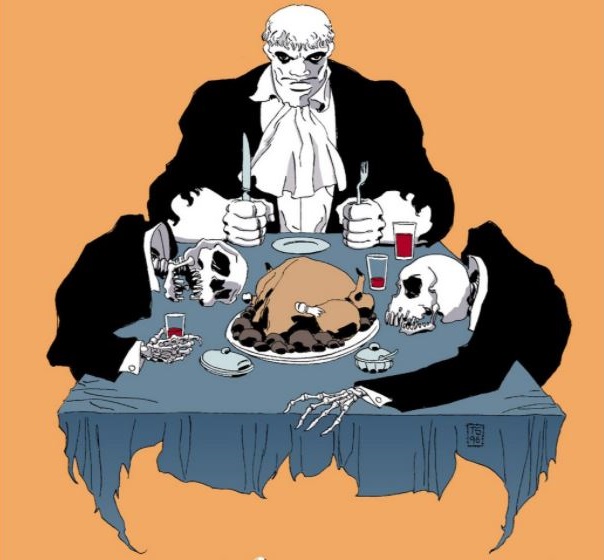 Outside of a few appearances in Justice League and Batman: Brave and the Bold, Solomon Grundy hasn’t made very many appearances in animation. Grundy made his Post-Crisis comics debut in The Long Halloween as part of Batman’s rogues. Grundy is portrayed as living in the Gotham City sewers. Grundy plays a key role in the book in the latter part of the story. Grundy was in the trailer, so we know he is in it, but I hope he plays a similar role in the film as he does in the comic. Grundy and Batman also share that Thanksgiving dinner.

On New Year’s Eve, Joker attempts to unleash deadly gas on citizens at Gotham Square and hijacks an airplane to do so. Batman is able to grapple onto the plane and the two fight. During the battle, Batman’s cape gets torn up by the propellers. 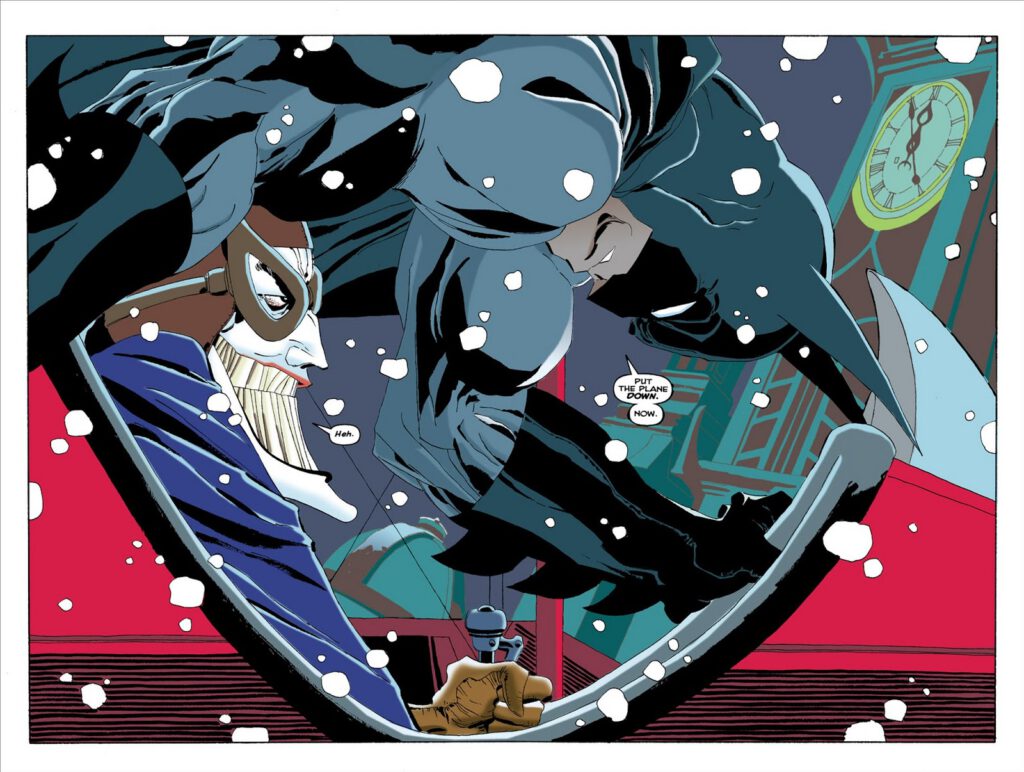 The fight in the book is one of my favorite Batman/Joker moments in all of comics and has the potential to be one of the better Batman/Joker duels in animation. The battle on the airplane is one of the few major action moments in the first half of the series, so it will be interesting to see how the creators extend this fight scene on the screen.

At one point in the story, Bruce Wayne is put under Poison Ivy’s spell. Poison Ivy is hired by Carmine Falcone to carry out this deed.  Luckily for Bruce, he is saved by Catwoman in Wayne Manor. Catwoman knew that something was wrong with Bruce because, as Selina Kyle, Bruce and herself are in a romantic relationship. Catwoman crashes a “date” between Bruce and Ivy in the Manor and is able to stop Ivy. 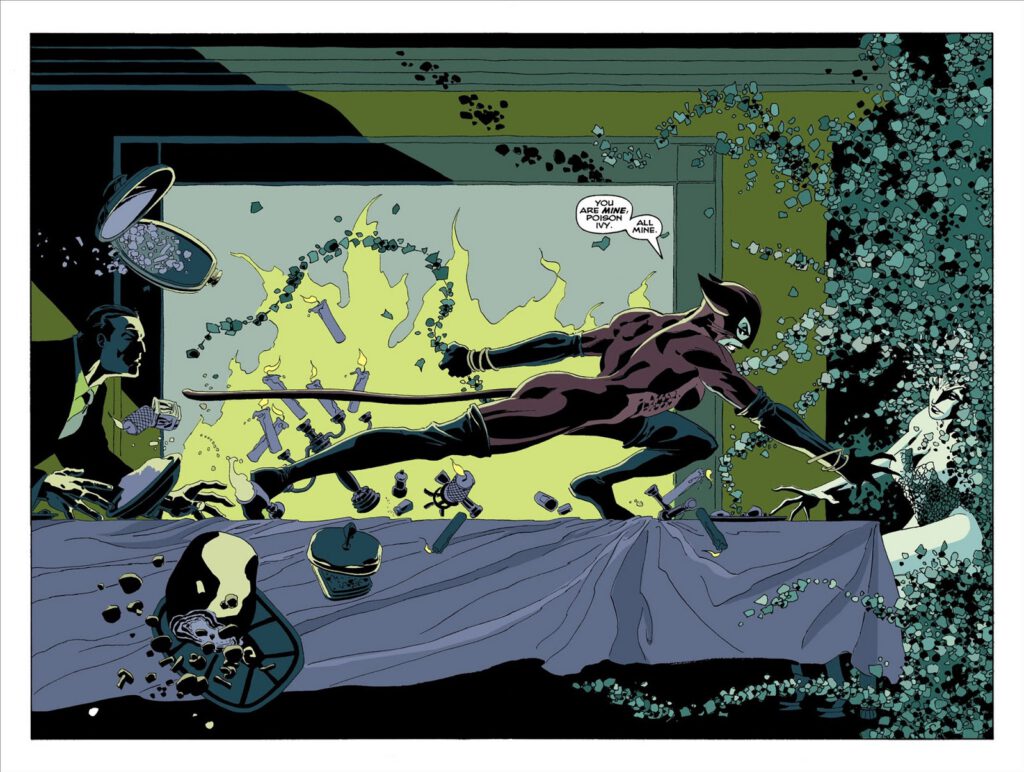 The relationship between Bruce and Selina and their alter egos is one of the emotional centers of the book, and I am looking forward to seeing it put in animation. Judging from the trailer, Catwoman won’t be wearing her purple costume from the book, and that is one small criticism that I already have before watching the film.

This is a tricky one. In reading comics, it is vitally important for a character to have an inner monologue so that we know the character’s thoughts and motivations. Batman’s inner monologue is a key part of any Batman story, especially in The Long Halloween. 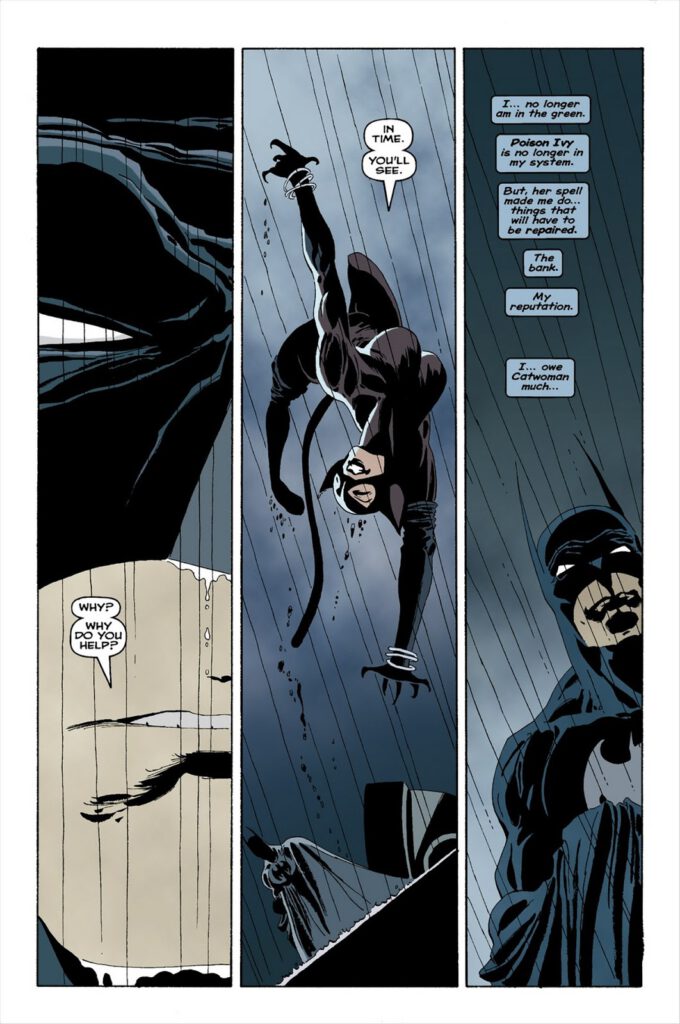 It is tough in any movie, animation or live-action, to perfectly adapt a character’s inner monologue. Warner Bros. has attempted to do it in Batman: Year One, and it didn’t quite work. There was something off with it. In Batman: The Dark Knight Returns, they didn’t even bother with attempting it, so it remains to be seen if they try it in this new movie.

This is an animated movie that I am very excited about. As I said, The Long Halloween is one of my favorite Batman stories, and I am hoping that the movie adapts the story as faithfully as possible. I have some immediate issues with the animation not emulating the style of Tim Sale from the original comic series, but if the story is as great as the source material, it can be forgiven.

If you are interested in preordering the film based on the original comic series, please consider heading over to Amazon to preorder the film and help support TBU in the process.