Review: Birds Of Prey (And the Fantabulous Emancipation of One Harley Quinn) 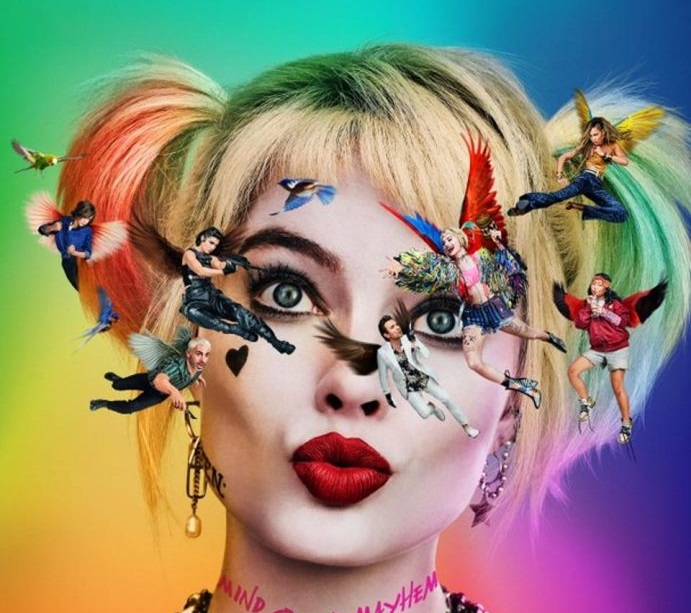 Synopsis (From Warner Bros.): You ever hear the one about the cop, the songbird, the psycho and the mafia princess? Birds of Prey (And the Fantabulous Emancipation of One Harley Quinn) is a twisted tale told by Harley herself, as only Harley can tell it. When Gotham’s most nefariously narcissistic villain, Roman Sionis, and his zealous right-hand, Zsasz, put a target on a young girl named Cass, the city is turned upside down looking for her. Harley, Huntress, Black Canary and Renee Montoya’s paths collide, and the unlikely foursome have no choice but to team up to take Roman down.

Analysis (mild spoilers ahead): I can see the pitch meeting for Birds of Prey and the Fantabulous Emancipation of One Harley Quinn as being sold on having DC’s own answer to Marvel’s Deadpool in a violent, R-rated, comedy-heavy anti-hero in Harley Quinn while also being able to tap into the still vastly underutilized wealth of female characters in the DC Universe.  It’s an idea that makes sense, with films such as Deadpool and Wonder Woman have proven there is a large appetite for both of these concepts; why not put them together?

It should come as no surprise from the marketing: This is Harley Quinn’s movie, and Margot Robbie once again proves she was born to play this character. The film leans very hard into the Harley we’ve come to know from Amanda Conner and Jimmy Palmiotti’s acclaimed run with this character.  The character is zany, violent, silly, breaks the fourth wall, and walks the line between good and evil, which all feel utterly appropriate for Harley. If you want to see roller derby Harley kicking ass and taking names for two hours, you’re in luck as this is the movie for you.

The film takes a similar approach to Suicide Squad in that it side-steps the more uncomfortable aspects of early versions of the character. There are no hints of any sort of violence or abuse in her relationship with the Joker, who is referenced but never makes an appearance other than from behind in one scene. The movie doesn’t really give any information as to why the relationship is over and instead focuses on Harley finding her own place in the world out from under the Joker’s shadow. While I can understand the filmmakers not wanting to turn this movie into a mediation on domestic violence, I think that Harley is a more interesting and stronger character when they highlight that she is a survivor, and I would have liked to see a film that highlights this aspect of her character.

A highlight of the film is the very well-choreographed action set pieces, in particular a scene set in a Gotham police station where you can feel the John Wick stunt team’s fingerprints all over the action. There is a hyper-violent and yet cartoonish quality to the action scenes that feels appropriate for Harley, and it highlights how deadly and unpredictable Harley can be. The only exception to the action sequences is the set-piece set at an abandoned amusement park, which doesn’t have the same flourish and feels weirdly small when compared to the rest of the action scenes. I suspect that this amusement mile segment was a scene that didn’t have the benefit of the John Wick team, who came on board during reshoots.

Another highlight of the film is Ewan McGregor’s Black Mask. McGregor clearly knows what movie he is in and approaches the role with gleeful sadism that is mesmerizing whenever he is on screen. Given the reality that seldom in Hollywood does an actor agree to do a major studio film where their face is never shown (with the exception of Tom Hardy, who seems to prefer it), the film does a decent job of incorporating the Black Mask although they never really take the time to explain it.

The downside of the film having Harley Quinn be the focus is that there is not really any time left to explore the “Birds of Prey” portion of the title. The film attempts to act as something of an origin film for the team, but as the focus is on a character who ultimately is not a member of the Birds of Prey, the film can’t really establish the characters in any meaningful way. It’s a shame because the end scenes when the characters are interacting are some of the best scenes in the movie, and I can’t help but wonder if the movie would feel more balanced if Harley was clashing and teaming up with an already established Birds of Prey team.

Margot Robbie has said in interviews that she is a huge fan of Huntress, and you can feel that the film is interested in making the most out of Huntress’ limited screen time. Mary Elizabeth Winstead plays the character with an intense but awkward “I don’t know how to people” quality, and you can feel that this is a character that has spent so much time training that she doesn’t know how to be normal. Seeing her interact with the rest of the cast is a lot of fun.

Jurnee Smollett-Bell’s Black Canary is more of a stumble, and while she is featured in a large chunk of the movie, it really doesn’t amount to much. There is a quick scene that pays lip-service to her mother being a super-powered crime-fighter and attempts to set up a late-in-the-game payoff with Black Canary using her powers, but they don’t really do anything with either concept. When Black Canary does use her powers, it feels more like something she should have been doing all along rather than a payoff to something that should have been seeded throughout the film. Black Canary is a character that should be struggling with the tremendous legacy of her mother, and while I think the film wants to explore this concept, there really isn’t time.

Rosie Perez’s Renee Montoya is fine for this movie but doesn’t really amount to anything more than the standard, driven police detective stereotype. There is an attempt to have Montoya struggle with gender politics in her workplace, which is only really there to give Montoya a reason to team up with a group of criminals and vigilantes outside of the law.

Final Thoughts: This film doesn’t really succeed at being a Birds of Prey movie, but it is most definitely about the Fantabulous Emancipation of One Harley Quinn, which is where the film is at its best.  It’s a fun trip to Gotham with Harley Quinn as your guide, and if you go in with that in mind, you’ll have a good time, with maybe a craving for a breakfast sandwich when it’s done.