Smallville, the series many thought wouldn't last, has just been renewed for a tenth season. It's move to Friday nights has been a good ratings move for the CW network. 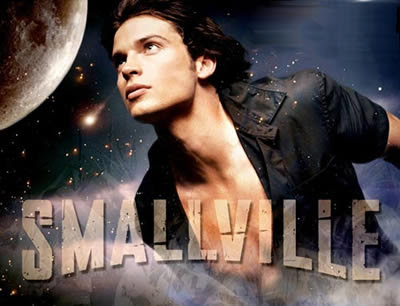 This year has had some memorable moments, including the highly anticipated "Absolute Justice" special which featured the Justice Society. The series has had many high profile DC characters appear throughout it's run. We've had Flash, Green Arrow, Aquaman, Cyborg, Zatanna, Black Canary and Martian Manhunter.

There is one very notable name missing from that list. Batman.

This isn't due to any reluctance of part of Smallville's creative team. Actually, they've reportedly ask Warner Brothers every year for permission to include Bruce Wayne. Every year they are denied. Why? It's called the Bat-Embargo.

The Bat-Embargo is a mandate from Warner Brothers not to include Batman or various Batman characters in other DC media for fear of diluting the franchise and confusing the public from Chris Nolan's film series. It started around the production of "Batman Begins", although Smallville had already been attempting to get Bruce Wayne for a while.

This problem affected the Justice League cartoon series. They had wanted to include Batgirl for an episode but were forced to substitute her for Huntress (ironically another Batman character). Tim Drake and Cassandra Cain did appear, but were reduced to nameless cameos.

The Bat-Embargo has gotten more relaxed as time has gone by, yet Smallville still hasn't been given the green light. We already have a Batman in the movies and one on the "Brave and the Bold" cartoon series. We even almost had a "young Dick Grayson" live action drama before that was thankfully vetoed. Would a guest shot in Smallville by Bruce Wayne really hurt?

Interestingly enough, Smallville was very close to becoming a "young Bruce Wayne" type series. You can see the full evolution of that project here, but needless to say it eventually evolved into "Batman Begins" and "Smallville". Season three also introduced a character name Adam Knight who many thought was Bruce Wayne in disguise. I recall being a viewer during those episodes and the speculation and guessing that even had me fooled. The creative team said Knight was never intended to be Bruce Wayne, but rumors persist that it was their original plan but things changed.

Green Arrow has taken on a role similar to Bruce Wayne within the show. He even had a Kryptonite ring last year. I sometimes wonder if this could have Bruce Wayne instead of Oliver Queen had plans been different. It's a mixed blessing though, as Smallville has done a lot to revitalize the character of Green Arrow to the general public.

Season ten will most likely be Smallville's last year. It's past time they had Bruce Wayne on. If he could do a musical number with Neil Patrick Harris on Cartoon Network, then he should spar with Tom Welling on Smallville.