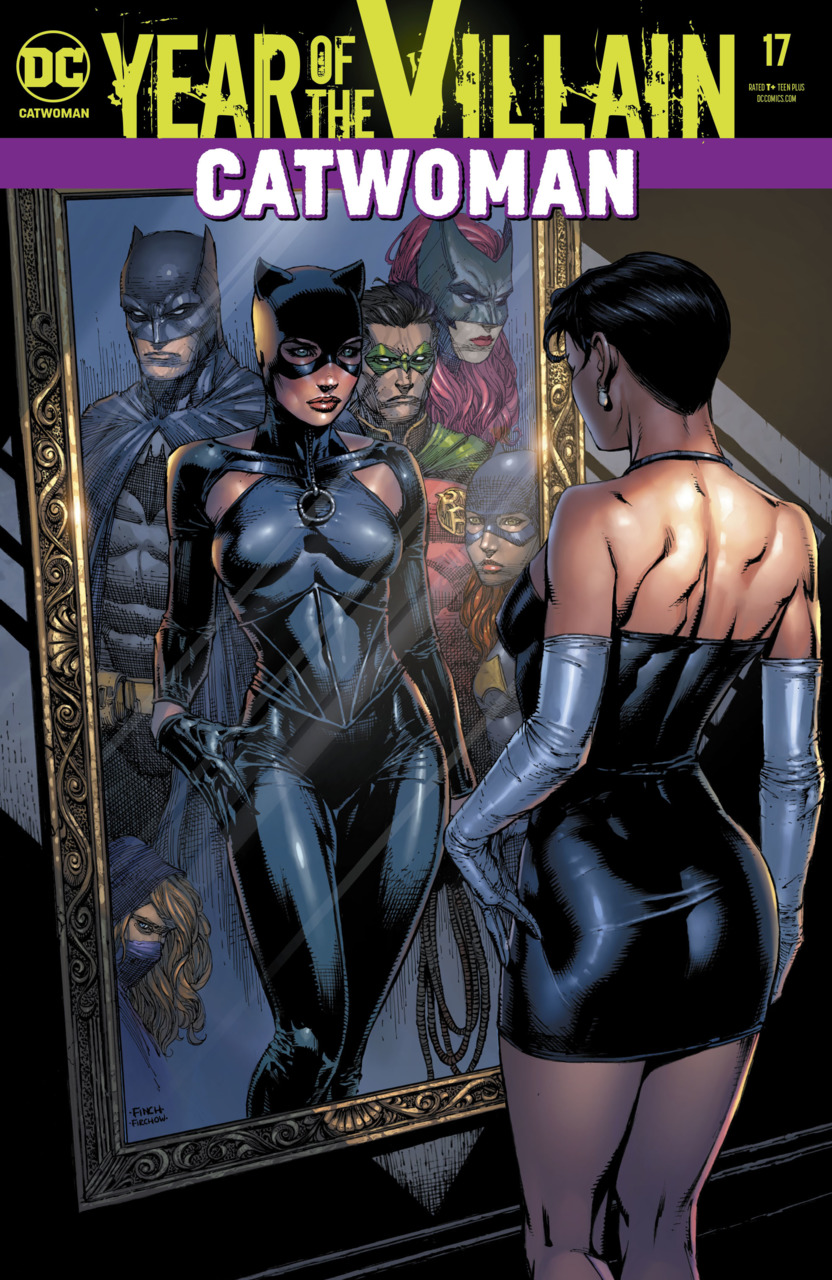 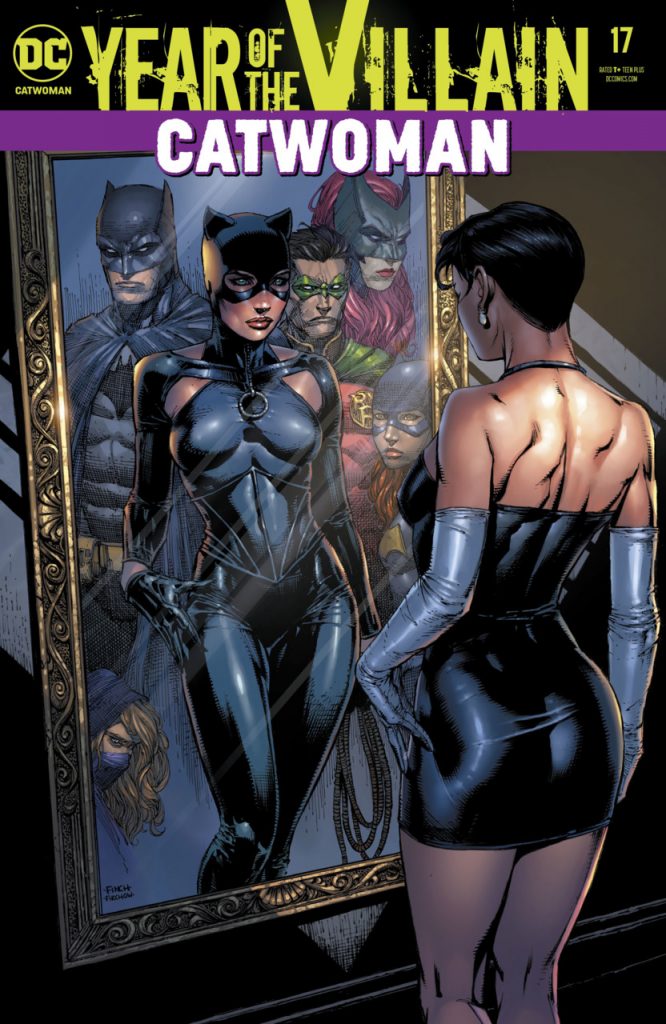 Overview: A glimpse into what was left untold in the previous issues, between a suggestive conversation with Lex Luthor, a zombie attack and Selina’s dive into the Lazarus Pit.

Synopsis (spoilers ahead): The issue opens going back in time to what happened before the previous issue. Selina is walking out of the Lazarus Pit, Lex Luthor’s words to her narrating it as she emerges from the healing waters. He suggested that she come out of the shadows; that Villa Hermosa is heading towards ruination. Lex is the one to tell Selina that Creel found the map leading to the Lazarus Pit.

Selina confesses she is getting tired of her “prey”. She is already thinking about going back to Gotham. Lex, though, thinks she should become the leader of Villa Hermosa.

While she drives to the Pit, we are taken in a flashback journey through Catwoman’s history as Selina thinks about what is and what isn’t there for her back in Gotham. Memories of heists burglaries and big thefts – with and without Batman’s appearance. She thinks how she’d never sway too far into one single direction, always balancing between hero and villain. It goes on until the wedding night when Selina chose to run away from Bruce in order to keep the balance.

Back with her head in the present, Selina sneaks into the Lazarus Pit just a little after Reina Creel gets there. In order to find out how the Pit works, Creel kills Finick and Yilmaz, her two lackeys who accompanied her into the pit together with her zombie boy. Both emerge from the pit zombified. While Selina watches, the zombie kid finds her. From there, it is issue #16 all over again, shown in fast forward.

Jump into the last scene, and Selina says she is getting bored of it all. She needs a shortcut, and she looks for a little bit of magic to help her, in the shape of Zatanna.

Analysis: If there is a thing we have learned by now is that Joëlle Jones does not do linear timelines and storytelling. The previous issue felt like one big plot hole – how, when, why was Catwoman in a Lazarus Pit? Then, just as it seems like the story will fall from the tightrope, Joëlle somersaults and shows us what was missing. Of course, while we’re upside down.

It is a type of narrative that I’m not certain how will work in trade – if better or worse than in single issues. Nevertheless, it is refreshing. Slightly confusing, but refreshing, especially with how the Jones and Allred duo can allure the reader into a colorful and yet dark world. Laura Allred, who has been coloring Joëlle’s art for a while now, goes for all your typical, old school flat colors whenever Jones leaves a blank background. In this we can see the power of a keen-eyed colorist: in many a scene, it is the color that builds up the tension. From celestial blue to purple to pink to bright red, the horror of the zombie boy jumping on Yilmaz is enhanced threefold by the colors. And speaking of zombies, Jones draws some of the best zombies this simpleton of a reviewer has ever seen. 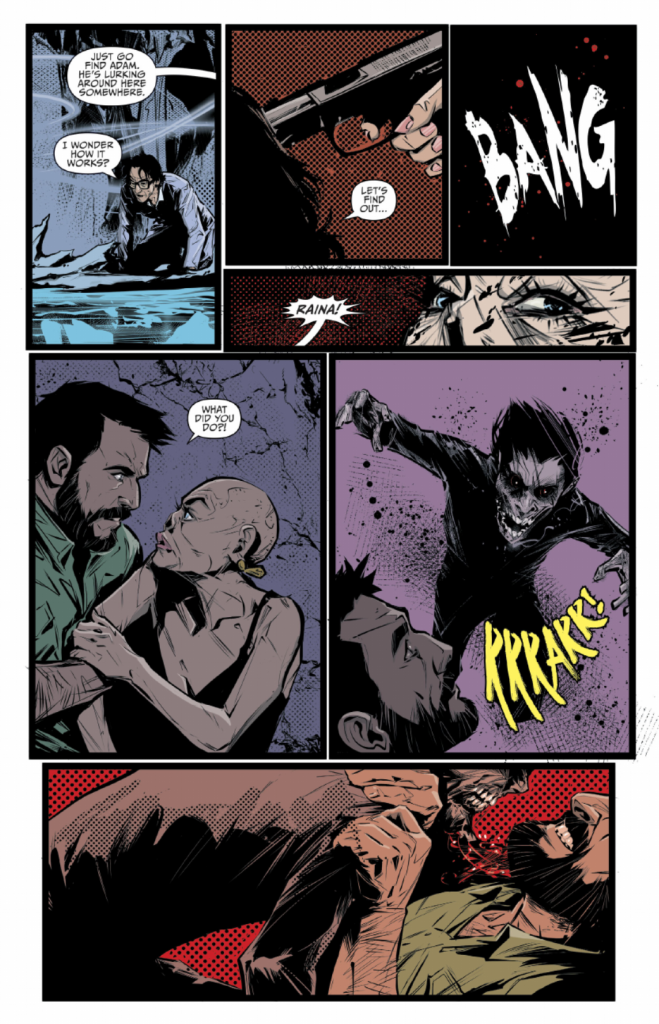 All of the storytelling in this issue is delightful. The number of resources Jones takes from her sleeve is something of a magic show – much in tune with the new guest appearance, Zatanna. Distorted, stretched panels depict Selina’s memories as she speeds away on her motorcycle, in a sequence that BatCat enthusiasts will love and that leaves no questions as to the future connection with Tom King’s Batman. Then, as the storyline fast forwards, we are taken down memory lane to the VHS era, when the frames would blur whenever the speed was too high. Here, the frames are also blurred – but they take the shape of black and white panels. 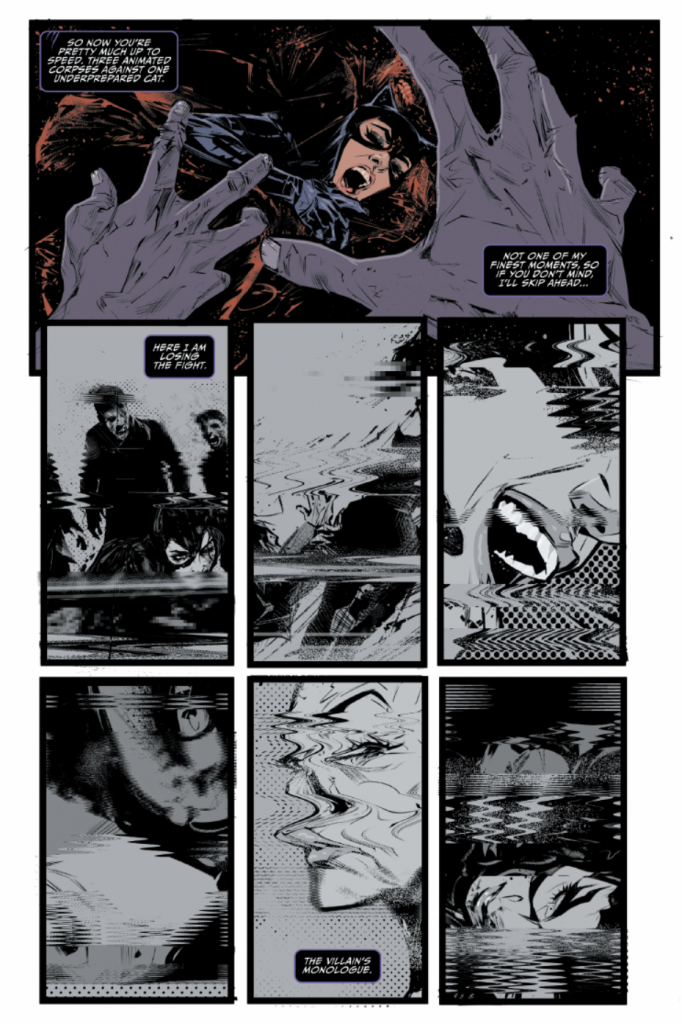 And, as the cherry on the top, we’re left to wonder what role Zatanna will play in the upcoming issue, as the threads of Joëlle Jones’ Catwoman seem to tangle and detangle themselves endlessly.

Final Thoughts: Joëlle Jones and Laura Allred once again deliver a feast for the eyes. Despite the slightly confusing timeline, this is a must-read for those who appreciate intricate graphic storytelling. Plus, there is a little treat for those craving for BatCat.