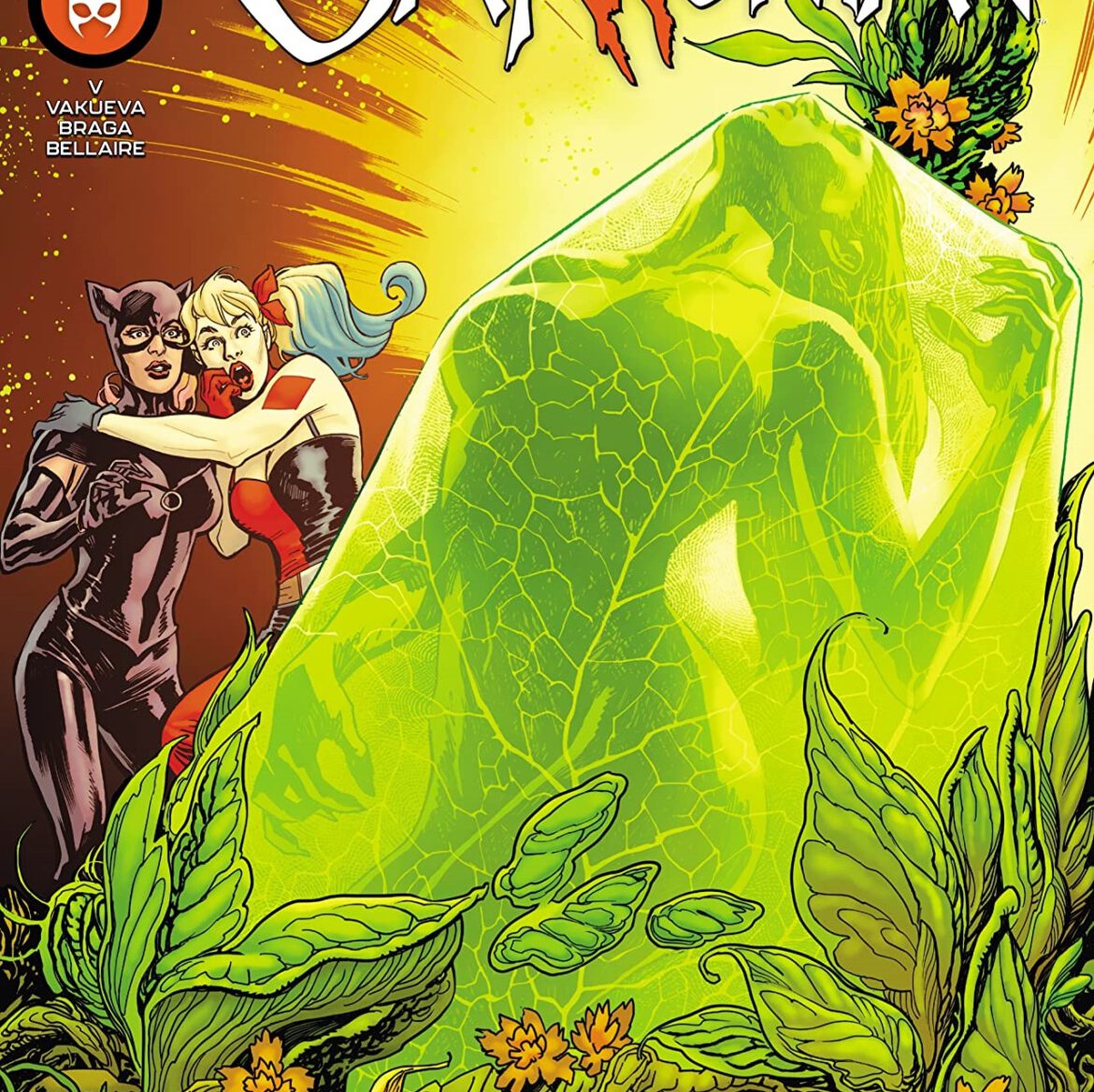 Overview: In Catwoman #37, Catwoman faces the end of Fear State – but she won’t have to do it alone, as her family comes together, with a few surprises left in the bag!

Synopsis (spoilers ahead): Catwoman #37 begins in Alleytown, as Knockout, Cheshire, Firefly, and Killer Croc rest after fighting off a huge wave of the Magistrate. Meanwhile, Catwoman, Harley Quinn, and Gardener fight off multiple Wight Witches in their warehouse last stand, as Shoes (Liam Harper) radios a distress signal in the clear – which is answered by Oracle, who has called in Ghost-Maker.

Meanwhile, Selina’s Strays are careening their truck carrying Ivy under the Riddler’s direction…straight into Penguin’s clutches. Riddler calls Catwoman to reveal his double cross revenge for her betrayal from Catwoman #25 (twelve issues ago – a full year, nicely done, Riddler, and Ram V!), saying that he and Penguin will control the Magistrate to remove Selina and rule Alleytown themselves. Selina laughs, telling Eddie that the Ivy Penguin thinks he’s captured is actually Clayface, that Harley and Gardner are already on their way with the real Ivy, and she was never planning to rule Alleytown for long, so taking it away doesn’t hurt her, and plans to give herself up to save her people – but Shoes radios her, informing her of Ghost-Maker’s arrival. Scenes from the past two years of the title flash before Selina’s eyes as she and Ghost-Maker beat down the Wight Witches, and we end on a balcony, surrounded by her outcasts and Strays, unafraid.

Analysis: The last couple issues of Ram V’s Catwoman run have been a bit of a dip in an otherwise stellar run, with plot elements pushing credulity a bit more than usual even for a superhero comic, character motivations wandering a bit, and structural problems (like the juggling, development, etc, of villains) sapping a bit of the power that V’s intricately laid foundations promised. However, Catwoman #37 brings back the elements of close collaboration with James Tynion as leader of the Bat-Books with the use of Ghost-Maker, as well as the poetic power that Ram V started out this run with Catwoman #25. The montage of “lessons” Catwoman has learned as she says goodbye to her time as the kingpin of Alleytown are incredibly poignant – beautifully drawn and written – and the finale of the heist started in the last issue was extremely well executed. Even though series artist Fernando Blanco has apparently moved on to other titles, the two guest artists blend their styles well with each other, and the coloring makes them all take place in the smoky noir that Ram V has done such a great job capturing throughout the run.

Both covers focus on the Poison Ivy plot thread which forms the main tie this arc has with the Fear State event. Yanick Paquette’s main cover plays with the idea of Ivy in a cocoon as Harley and Selina look on in horror, giving us a somewhat cheesy, old horror movie vibe in Paquette’s polished style. Jenny Frison features Ivy herself as the only figure on the cardstock cover variant. Though evocative and beautifully rendered as usual for Frison, it’s a bit of an annoyance that it has so little to do with the title character or the events of the book, even in a thematic way. But if you’re collecting Frison covers, this is a decent addition to the gallery.

Ram V brings out the poetry, and his guest artists match him note for emotional note in the penultimate issue of this intricate run.