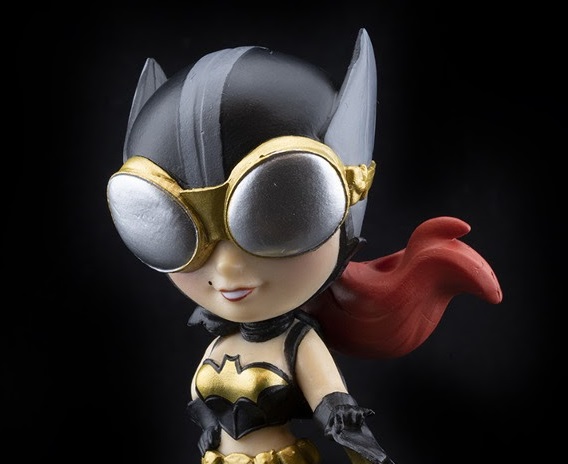 Cryptozoic has released details for their latest DC Lil Bombshells: Series 2 vinyl figure, which features a black and gold variant of Batgirl. It measures 2.75″ and will be available in a limited edition run of three hundred. Originally announced as an exclusive for Emerald City Comic Con, the figure will now be available exclusively on Cryptozoic’s eStore. It is priced at $25 and the sale goes live on March 12, 10AM PT. She is the night! This is your chance to own the Black & Gold Batgirl DC Lil Bombshells vinyl figure! This limited edition collectible is a Cryptozoic Exclusive, only available on the Cryptozoic eStore while supplies last!

Black & Gold Batgirl is a variant of the regular Batgirl DC Lil Bombshells: Series 2 vinyl figure, part of Cryptozoic’s retro-style collectibles line showcasing DC’s favorite characters. The second release in the Black & Gold variant series, which is inspired by the initial colors of Batman’s costume in comics, the figure features a black costume and metallic gold on its chest symbol, cape, goggles, and boots. In addition, the lenses of the goggles are painted metallic silver. The figure even includes a Batgirl logo on the base. Each figure is individually hand-numbered (from 1 to 300) on the bottom. Designed by Pedro Astudillo and sculpted by Sam Greenwell, the 2.75-inch collectible comes packaged in Cryptozoic’s signature collectible tin.