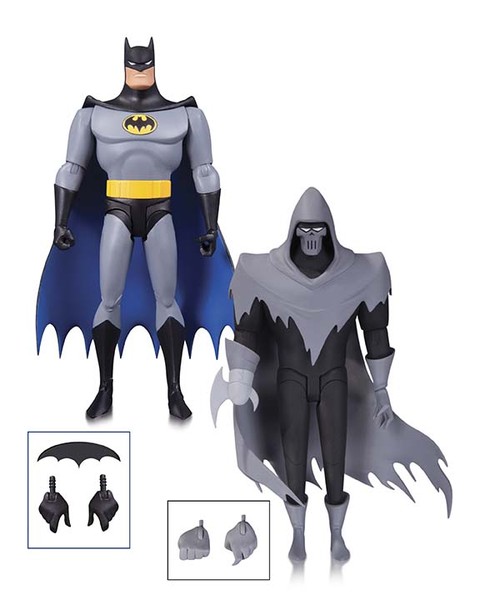 DC Collectibles has released the details for the items that will be hitting shelves in January 2016. January tends not to be a huge month for collectibles due to the holiday spending dieing down. Despite that there are a few additions to The Batman Universe.

January will first see a couple of new statues. The first one being Harley Quinn as part of the DC Comics Icons line. The other is Black Canary from the DC Comic Cover Girls line. The other addition is a 2-pack of figures featuring Batman and the Phantasm from Batman: Mask of the Phantasm. Below are the images and details for each of the releases.

DC COMICS ICONS: HARLEY QUINN STATUE
SCULPTED BY ERICK SOSA
Harley Quinn talks loud—and she carries a big hammer! Get an eyeful of this new DC Comics Icons statue starring the leader of the Gang of Harleys, and order yours today!
Limited Edition of 5,200
Measures Approximately 9.75″ Tall
$100.00 US • On Sale December 2015

BATMAN: MASK OF THE PHANTASM BATMAN AND THE PHANTASM ACTION FIGURE 2-PACK
The Dark Knight leapt to the silver screen with the classic animated movie Batman: Mask of The Phantasm!
Now, DC Collectibles presents Batman and the Phantasm in a new action figure 2-pack that’s sure to thrill fans of the film! Figures comes with feature specific accessories and display bases.
THE PHANTASM – 6″
BATMAN – 6″
$45.00 US • On Sale January 2016