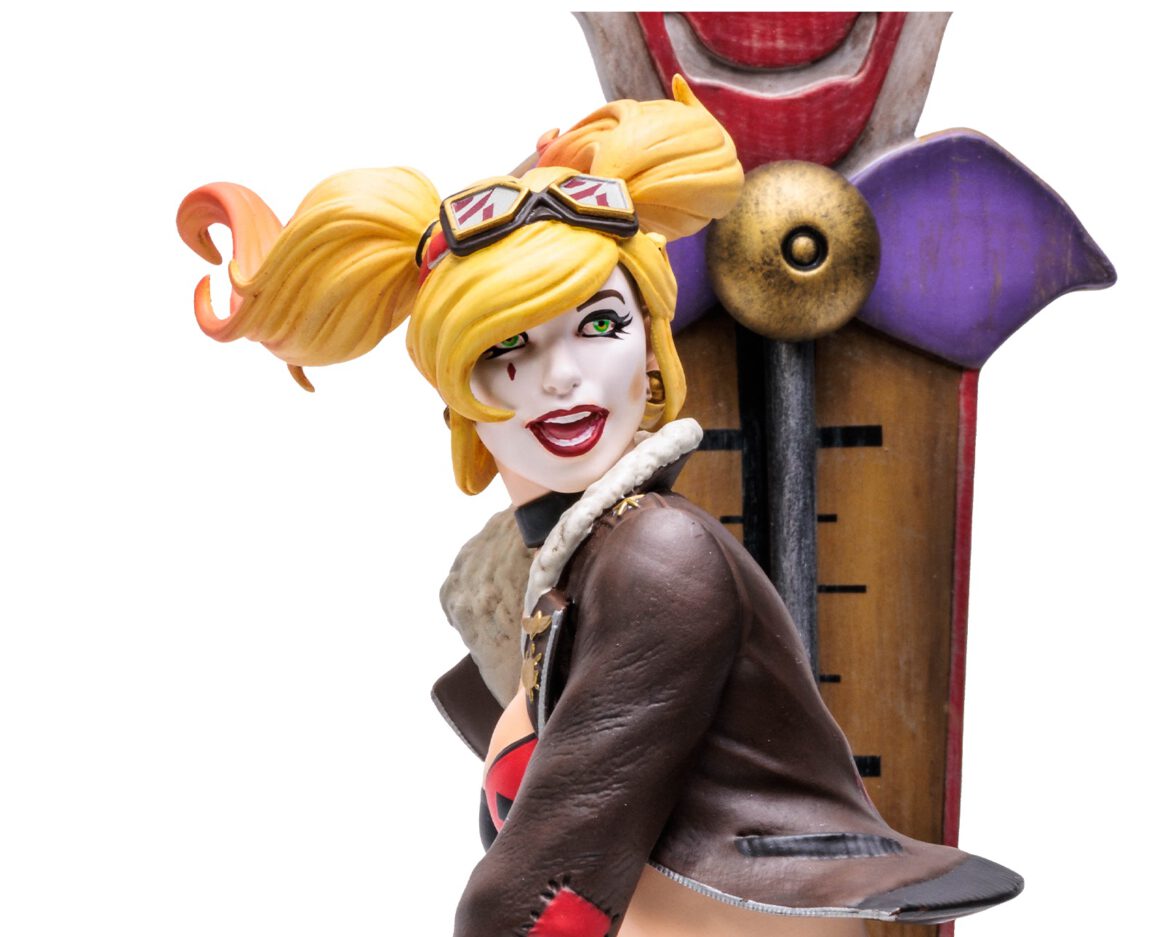 McFarlane Toys has announced their next batch of DC Direct items they will distribute, starting with a Bombshell Harley Quinn statue. First announced back in January 2020, the deluxe statue is one-eighth in scale measuring just under fourteen inches tall. The statue has a carnival influence, with Harley using her signature hammer to win a high striker game. It is priced at $249.99 and is expected to ship in August 2022. You can preorder the statute at Entertainment Earth or Gamestop.

DC Bombshells presents the second Harley Quinn deluxe statue, this time featuring the villain in an even more dynamic scene and pose. Harley uses all her might to win the hellacious high striker game at the Quinzel Carnival.