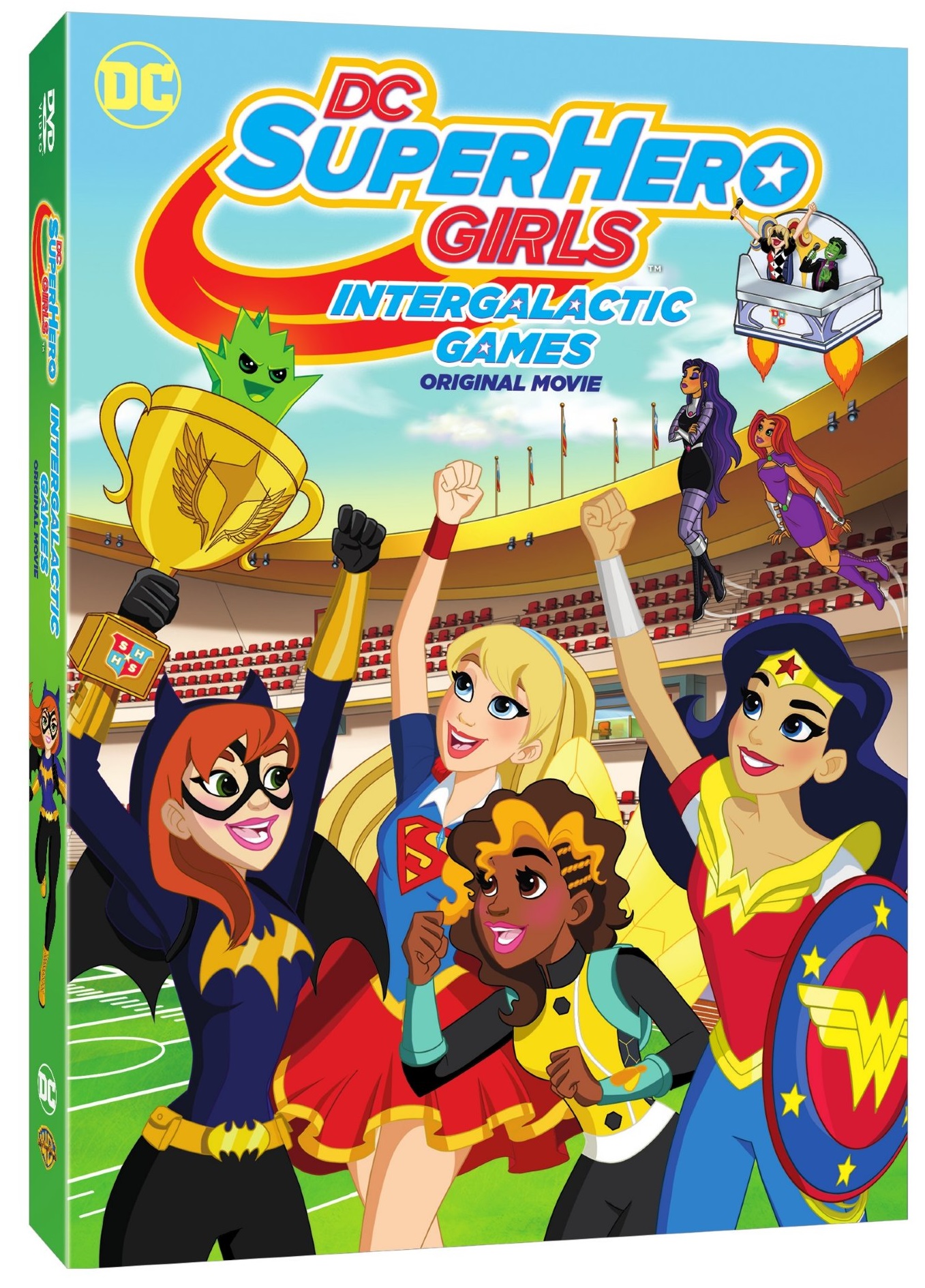 The synopsis for the movie follows:

Wonder Woman, Supergirl, Batgirl, Poison Ivy, Harley Quinn, Bumblebee and Katana square off against Korugar Academy in the Intergalactic Games, but trouble is in the air as Lena Luthor takes advantage of the gathering of the Supers to enact her villainous plan. It’s up to the DC Super Hero Girls to fight the forces of evil and protect their school. With Wonder Woman’s strength, Supergirl’s speed, Batgirl’s strategic knowledge, Poison Ivy’s ability to make things grow, Harley Quinn’s energy, Bumblebee’s ability to shrink, and Katana’s fearless personality… anything is possible.

The press release also revealed that the film will be bundled with seven animated shorts of the web series. The DVD release will also include a music video for the Fifth Harmony song “That’s My Girl”.

Have a look at the trailer below and let us know if you are looking forward to this release.