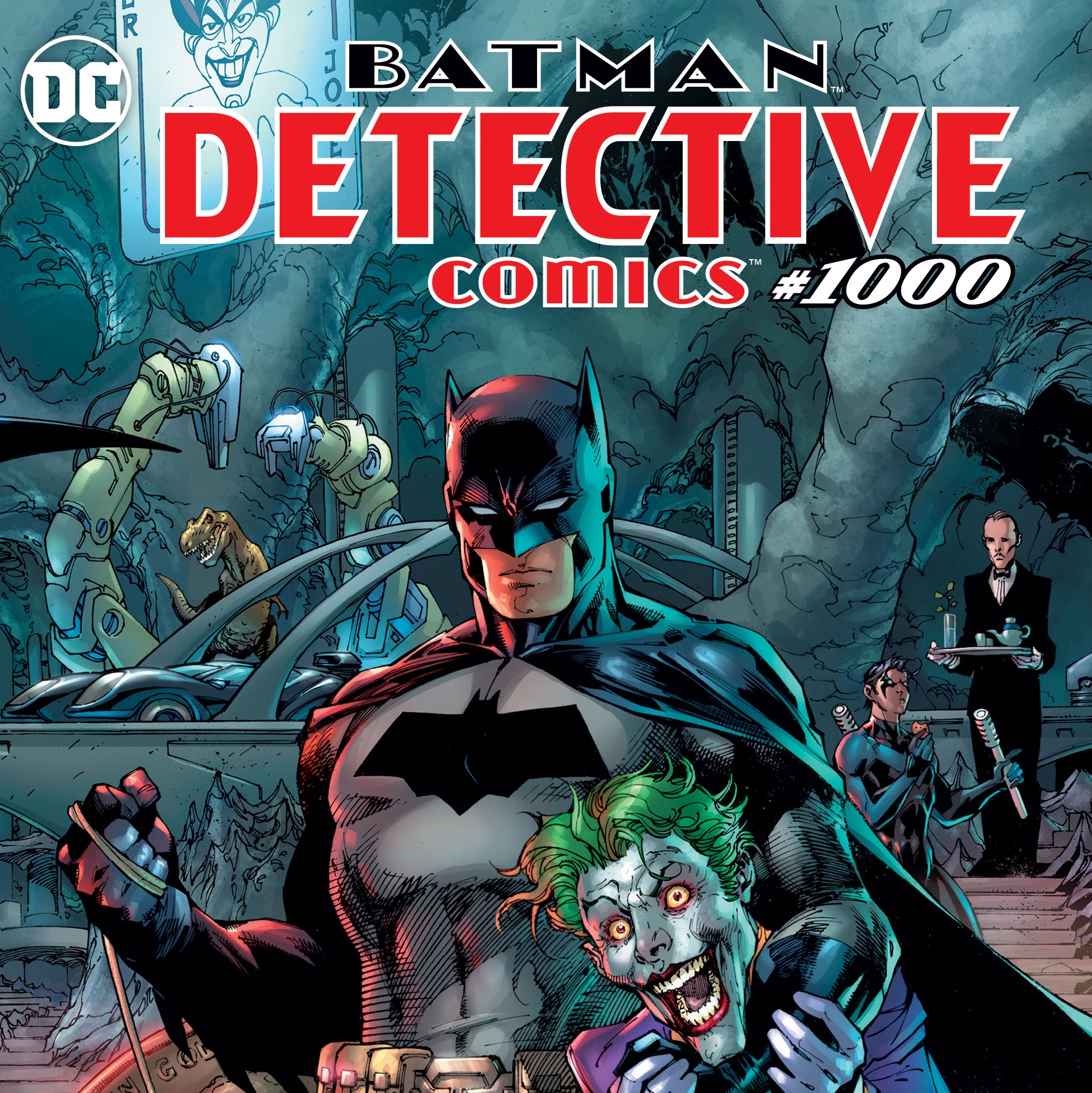 DC Comics has released details for the upcoming Detective Comics #1000. The issue will release on March 27, 2019, and on top of the one-thousandth issue, it also celebrates the 80th anniversary of Batman. The ninety-six-page oversized collector’s edition, priced at $9.99, will also release digitally online the same date. Due to the oversized nature of the release, this will also be the only issue released for the month rather than the double shipping schedule the series has had since the beginning of Rebirth.

As it was previously revealed, the issue will feature a story by Peter Tomasi with art by Doug Mahnke, continuing their story that kicked off last week in Detective Comics #994. The story will feature the first appearance of the Arkham Knight in main DC continuity. The first look at the new character was released as well. Outside of that story, there is a huge list of creators that will be writing stories for the special issue. Jason Fabok will put together a two-page spread showing off the current state of the Batman Universe. Creators submitting original stories for the anniversary issue include:

Rounding out the announcement is the variant program associated with the release. As expected, since Action Comics #1000 featured a similar program, there are a number of creators who will have decade-specific covers paying homage to the time Batman has existed over the years. There will be made available through a variety of retailers. Check out the full gallery of the covers below, including the main cover featuring a wraparound cover by Jim Lee.

Looking forward to the lineup? Which variants will you be adding to your collection? Sound off below.