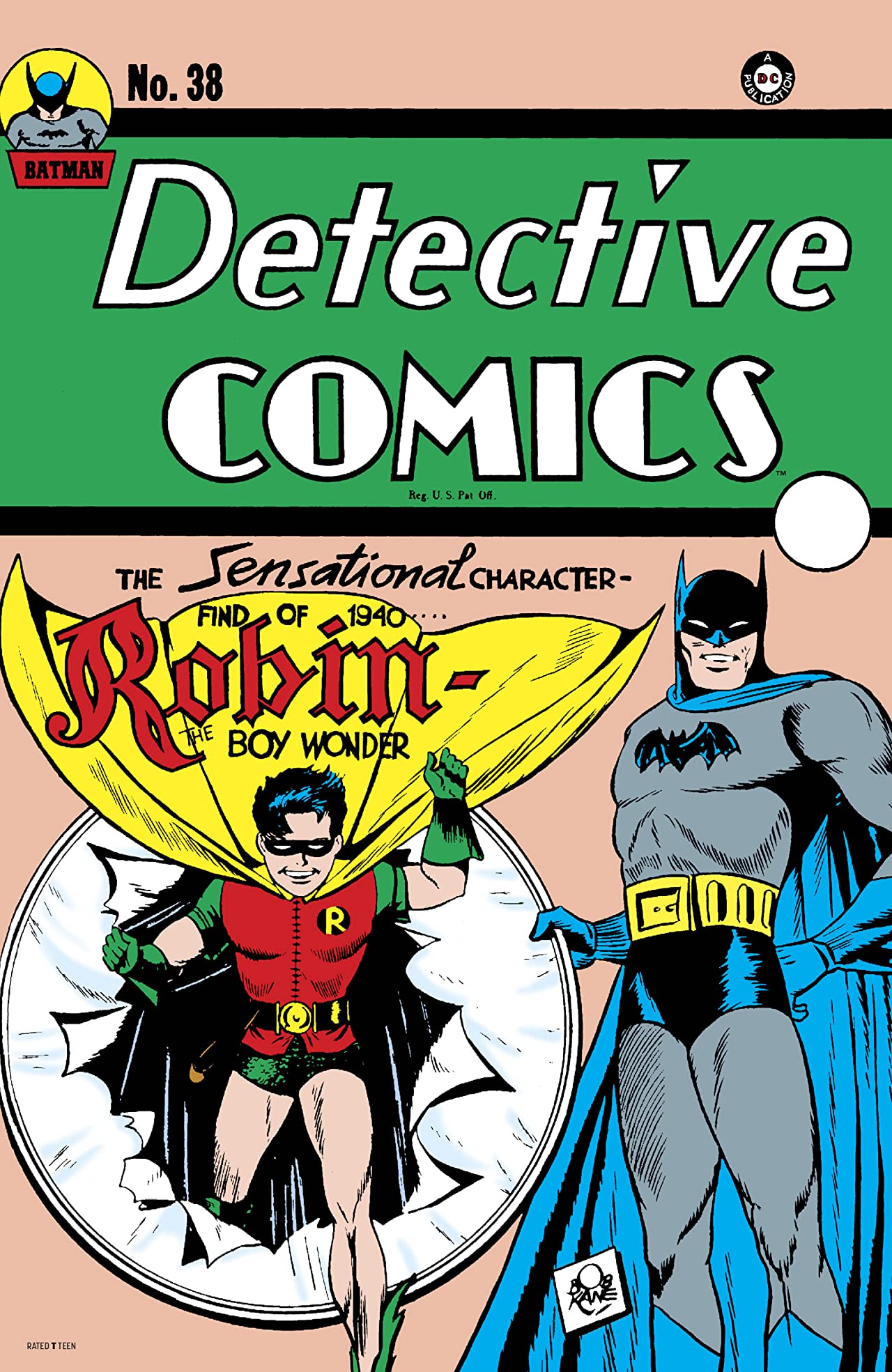 Synopsis (spoilers ahead): The whimsical Haley’s Circus takes a bad trip to a sad unknown town run by Boss Zucco. When Haley refuses to pay protection money, Zucco’s men sabotage the wire on the trapeze act, sending their star acrobats, the Flying Graysons, to their deaths. As Dick learns the truth behind his parent’s deaths, he is picked up by Batman, who wants to provide him protection until he could take out Zucco, since the police in the town are all on Zucco’s payroll.

The two begin to bond in the car ride back to Gotham, and Dick decides that he wants to help Bruce catch Boss Zucco. Together they make an undying oath to bring justice to the criminals around them. Bruce then pauses his investigation into Zucco’s operation to begin training Dick in boxing and Jiu-Jutsu to help the boy defend himself, while Dick shows off just how talented of an acrobat he is.

With Dick’s training complete, Bruce sends the boy back into Zucco’s town disguised as a Newsie to weed out Zucco’s protection racket. He is easy bait, and Dick is able to then trail Zucco’s gang to Zucco’s house, listening in on their criminal activities. Zucco is super greedy and power-hungry, wanting to strangle this town to its last penny. He sends his goons all over town to basically rob every store and business around, which Batman then proceeds to beat all of those goons up. Pushing Zucco’s operation to a corner, Batman then goads Zucco into doing the next protection scam himself, luring him into a half-finished construction site. Zucco plans to blow up the site, but Batman and Robin are there to fight.

The two proceed to basically murder each and every one of Zucco’s goons and then frame Zucco for their murder to send him away for good. Bruce offers to let Dick retire after this, but the boy’s bloodlust doesn’t seem sated because he wants to continue working with Batman.

Analysis: This story is a lot shorter than I assumed it was going to be. It’s eleven pages in all, though it uses them all to their fullest. No plot beat lingers longer than it needs to, and Batman’s investigation seems more realistic than one might assume. The only real issue I have with this story’s plot is that it’s basically all plot. Bruce and Dick get a small moment to bond and develop a friendship, but the majority of the investigation is just Batman beating up thugs until forcing Zucco to show himself. There’s so much potential for a full story, with Dick disguised and working his way into the gang, giving Zucco’s operation a bit more bite to it.

Speaking of Zucco, he’s one of the most generic bad guys ever conceived for this kind of story. The man ends every sentence with “see?” like he’s the fattest Al Capone impersonator. He’s got no motivation beyond “me want money” and despite apparently owning this entire town and the town’s cops, he’s so incompetent at his job that he wants to strangle the town for every last penny.

Batman also apparently has superhuman strength, because in one of his assaults on Zucco’s operation, he proceeds to lift and hurl multiple Roulette tables with ease. I want to get back to that casual bloodlust and murder in this issue’s finale as well. Dick and Bruce lure the goons to the top of a construction site and then begin to throw them all off it, one-by-one until it’s just Zucco and his top man Blade. They then force the two against each other and use a camera to photograph Zucco murdering Blade, pinning his death on him. If they are so gung-ho about murdering all these thugs, why even bother getting Zucco arrested? Why not just murder him as well?

Let’s just completely ignore the art in this story if we need to critique it. It’s the Golden Age, and while some of the art is really good and the panel composition and the story structure are phenomenal, Jerry Robinson’s inking for this comic is nutso, bathing the scenes so that people’s faces are unrecognizable.

Amendment: Now, this issue is very important outside of its rather generic story because this is Dick Grayson’s very first appearance. Some of you may think that this is just a big deal for Batman and Batman-related fandoms, but what a lot of people don’t realize is that it was Dick Grayson, NOT Wonder Woman, who was the third pillar of DC Comics back in the day. It was Batman, Superman, and ROBIN who took up the pages of World’s Finest, and it was Robin who headlined Star-Spangled Comics from #65 to #95. Even when Tomahawk and the Western genre as a whole took over as the headline of Star-Spangled Comics, “Robin the Boy Wonder” still hung on top of the cover, serving to advertise the book still. His last appearance in Star-Spangled Comic was #129, meaning Robin, all by himself, without Batman or Superman beside him, had an on-going run headlining one of their anthology titles for sixty-four issues. That’s longer than anyone else in Star-Spangled Comics until the series shifted over to WWII military adventures.

This isn’t unique to Robin. Boy-adventurer stories have existed since the beginning. Tom Swift had a 30-year book run from the 1910s-40s (ending only a few years after Robin himself came into the picture). The famous Hardy Boys have existed forever, beginning their adventures in 1927. The classic The Adventures of Tom Sawyer had been a very popular book since 1876, with various sequels including one book titled Tom Sawyer, Detective in 1896.

I’m not the first to notice this iconic figure in media, but the most significant in relation to comics has to be Dwayne McDuffie. As he was co-creating the Milestone universe, McDuffie and his colleagues at Milestone Media realized that while they had an archetypal Superman and Batman, they needed a third character to headline their title. Bringing up the popularity and uniqueness of Spider-man, McDuffie created Static to serve that role – a role inspired by Spider-Man but having been popularized in DC Comics over twenty years earlier.

Detective Comics #38 is not just significant for giving Batman his longest and most trusting partner but for defining what makes the “Boy Wonder” archetype so iconic and pervasive in Western media.

Final Thoughts: While the story is structured reasonably, the plot is serviceable, and this historic impact uncountable, there’s no meat to this issue itself. It honestly leaves you very hungry for more. It’s better to just go watch Batman Forever again; that movie has a much better Dick Grayson origin story.