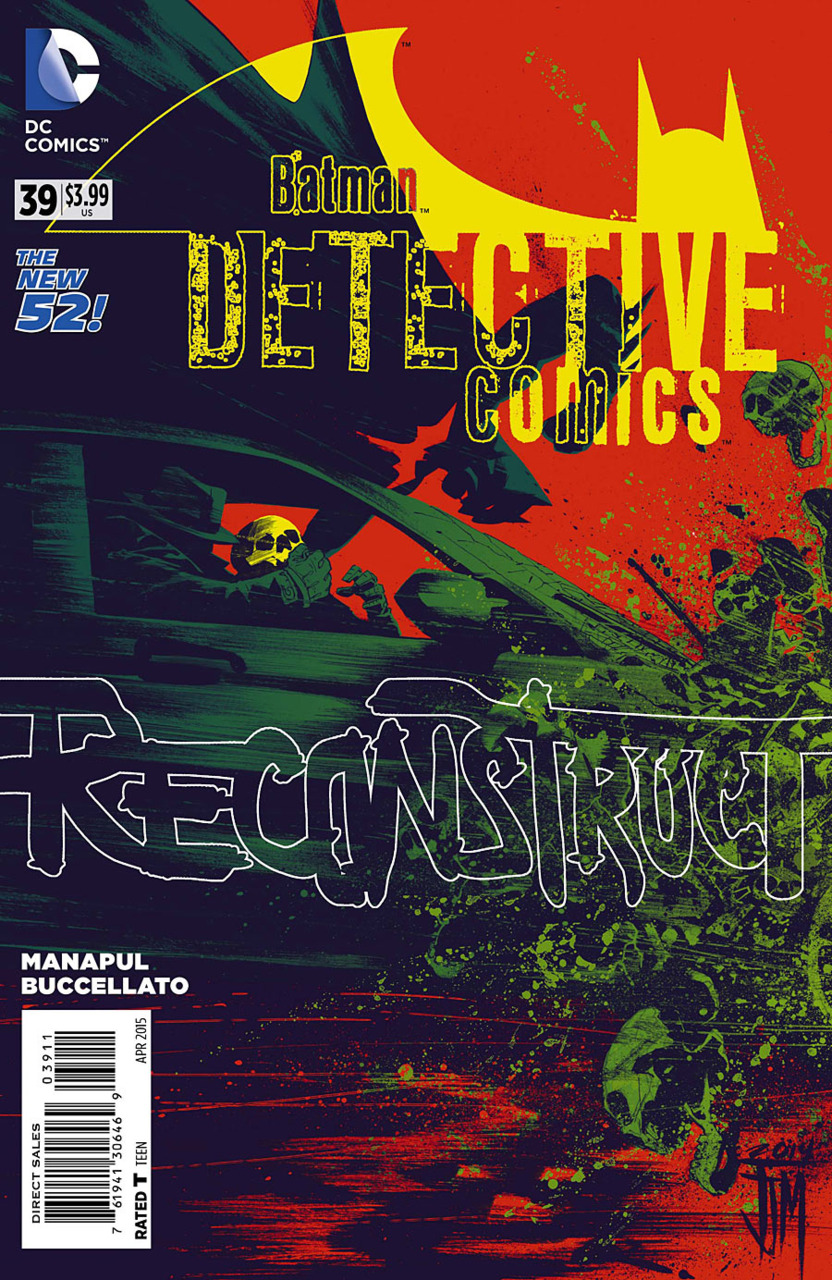 Anarky still reigns on the streets of Gotham. I absolutely love the current story arc that is taking place in the pages of Detective Comics. The most notable aspect of this book is that it is absolutely gorgeous. The art in this book is some of the very best that DC has to offer. In addition to the art direction, the character development in this issue is exceptional. Seeing Harvey Bullock presented as a true ally of the Batman was both fun and refreshing. It was nice to see Harvey doing the right thing in the face of police corruption. That being said, let’s dig into the specifics that made this issue so enjoyable.

This entire issue revolves around the exploits of Batman and Harvey Bullock. From the first to the last panel we see the two in a constant struggle trying to decipher Anarky’s actions. We learn that Anarky’s motives go beyond the mere liberation of the people of Gotham. This becomes very evident when Anarky and a gang of his thugs spring the Mad Hatter from his cell. However, this is kidnapping, not a rescue mission.

I have never been a huge supporter of the Mad Hatter character. Even at his best, he is a character that is thoroughly uninteresting. Francis Manapul and Brian Buccellato attempt to breathe some life into this character but ultimately fall short. Maybe my view is a result of my generalized distaste for the character. Or maybe it is that the Hatter is a character that doesn’t deserve to be counted as a member of the rouges gallery. Either way, he appears to be the catalyst for all of Anarky’s actions and will ultimately play a pivotal role in this story arc’s conclusion.

The issue wraps up with the fate of Harvey Bullock hanging in the balance. Furthermore, it appears that Anarky has brought the Hatter to a specific location to reap some sort of vengeance. This has been a very exciting chapter in the Detective Comics mythos and I am confident that it will end on a high note.

As I stated in my review of issue #38, I find the Anarky character to be particularly relevant reflection of the current global environment. We live in a world in which a large majority of our existence is stored and transmitted electronically. The idea that the loss of personal data would send citizens into a frenzy does not seem too far-fetched. I hope that Manapul and Buccellato continue to explore the lasting effect that an attack like the one perpetrated by Anarky can have on society. This issue stands as a testament of the power that art can have when it represents life.