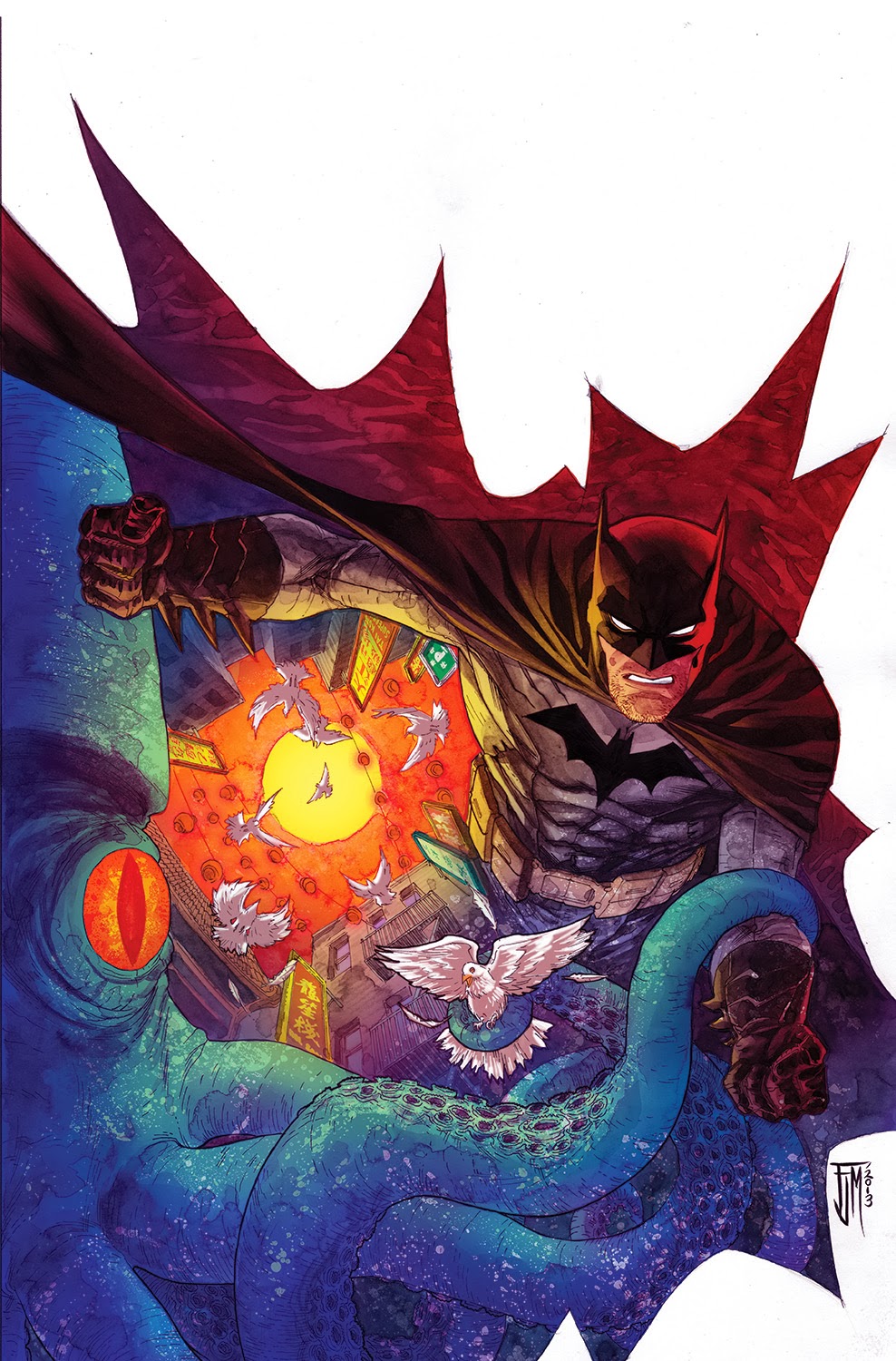 Our Comic Cast crew had already deduced and discussed it, but now it is official.  Francis Manapul announced on Twitter that he has left DC’s Detective Comics. Manapul joined the series in June 2014 alongside co-writer Brian Buccellato, jumping over to the title from their run on The Flash. Since then Manapul has co-written and illustrated two arcs on Detective Comics, with June’s Detective Comics #41 being co-written by Manapul and Buccellato with art by Fernando Blanco.

“A couple months ago I made the hard decision to walk away from Detective Comicsin order to pursue these new projects,” Manapul says. “I loved writing Bruce and Harvey’s adventures with my best friend [Brian Buccellato]. Much thanks goes out to DC for giving us the opportunity. It’s not typical to announce when someone leaves but I didn’t want you all the be blindsided by seeing my name everywhere else except [Detective Comics].”

Manapul clarified to Newsarama that he outlined issues #41 through #44, and plotted the first two issues. Buccellato is plotting and scripting the latter two issues on his own before leaving the title himself.

DC has not announced who’ll be taking over writing Detective Comics with #45, but Manapul inferred that they had already been hired and is “a dear friend” of his.

Manapul explains the reason he left Detective Comics as to work on several unnamed new projects. The Toronto-based creator says he recently completed the cover for one that would be in October 2015’s advance solicitations, with more coming.

“I have some big projects over the next couple years. I’ll be reuniting with an old friend, a creator owned book as well as an OGN,” says Manapul.