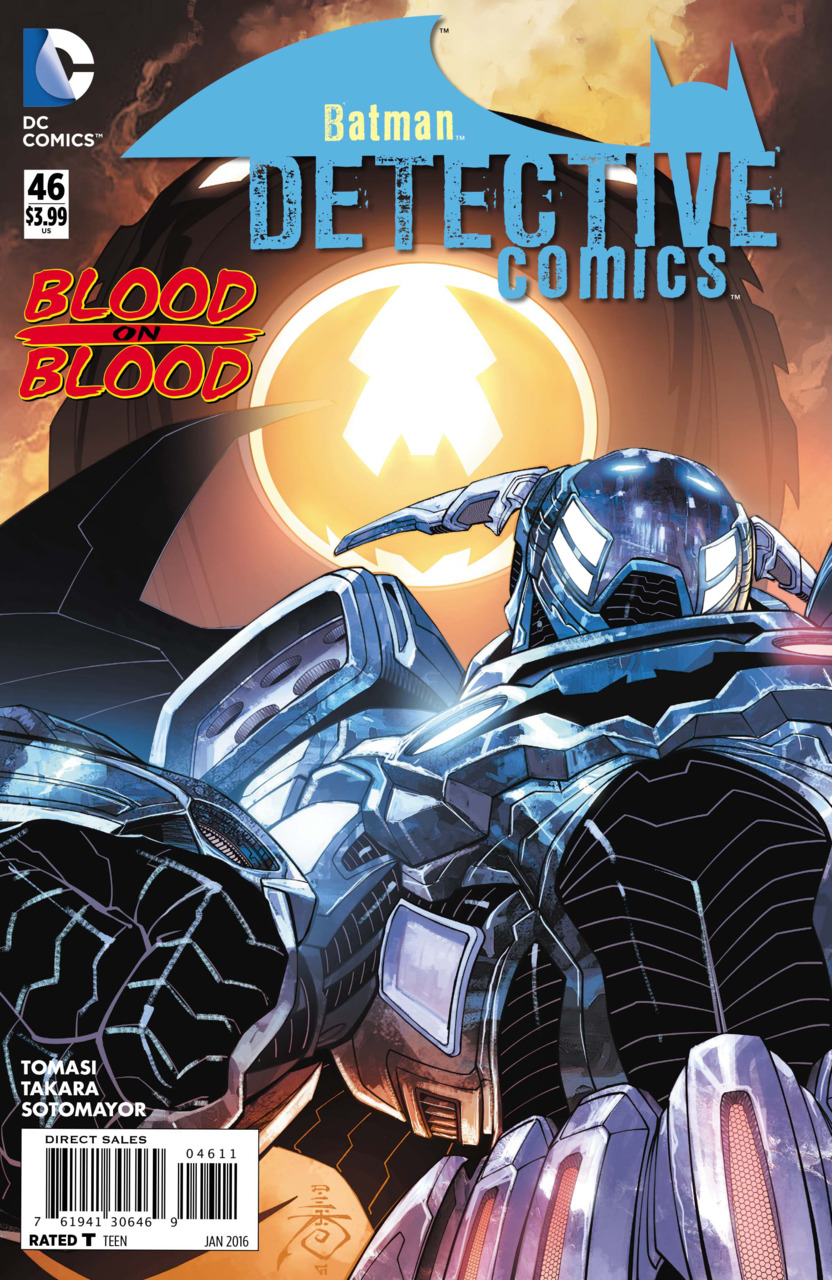 On the last episode of the Comic Cast – Dustin, Ed, and Stella talked about this story maybe being on a scale to grand for a Detective Comics type story. That maybe, it just doesn’t fit in tone. Now some may disagree. Some people may like this kind of strange monster type story. But I feel like Detective Comics should have more of a noir feel. A crime/detective driven tone to it. A more grounded take.

Now, if we are going to get these type stories, this is the way to do it. A short, two issue story – so now we can (hopefully) move on to more of a style that I like. I do feel like Tomasi gave us a moment in this issue, and it really hit me. But it didn’t hit as hard as it could have, had the story been stronger.

Takara’s art continues to be strong, giving each member of the League their own distinct personality. I wasn’t exactly blown away by stories end, so if you got the last issue, may as well finish out the story, and check back with us next month to see if this series gets any better. I honestly hope it does, because I love the story moments Tomasi incorporates, I just need his plot to be stronger.

Gordon finds himself in the Himalayas with the Justice League and a two hundred foot skeleton… I know this sounds like an intro to a joke, but don’t expect a punch line… Gordon goes through the process of examining the body, but since it’s not human, it’s difficult to tell what life was like before its death. Flash and Cyborg team up to take the ice off the skull for a closer look, and they find signs of a single blow to the back of the skull – cause of death. Nearby, the murder weapon is found – a stalactite. On it, you can see the indention of a hand, so they should be able to match it to the killer… Only problem is, it’s another large creature.

In a nearby cave, the League notice a water based substance flowing upwards. It’s Aqueous Humour, a liquid found in the human eye. They also find another skeleton, similar in size to the previous, but this looks to be a suicide. Another stalactite is found in the creature’s chest cavity, with its had clutching the weapon as if it had done it itself.

Just then, a giant creature jumps out, attacking the League. It vomits this Aqueous Humor, entrapping the League in it, with the exception of Gordon and Cyborg, who escape outside the cave. Gordon believes this was a family… Pregnant mother kills the father to eat and provide nourishment for the baby… After giving birth, the mother kills herself to feed the baby, and now the baby is rabid. The Aqueous Humor is some form of milk for the baby monster, but how it is able to defy the law of gravity, we will never know. Neither will we know why the League is here, looking at giant monsters in the first place when the murders were happening in a populated area… but who’s paying attention to that?

Gordon convinces Cyborg to make a hologram of the mother over her skeleton, and the monster-baby lays in her arms. Cyborg says that the baby will soon die from poisoning, and there’s nothing they can do. The League leaves as Gordon reflects on the times he spent with his kids, and sings “Hush, Little Baby” to the beast as it dies in it’s mothers arms.

P.S. – This is where I would insert a forced punchline, CSI: Miami style, but I couldn’t come up with one… And trust me, I spent WAY too much time trying to come up with something here, so I apologize. I’m disappointed in myself for not being able to deliver to you here. Feel free to outdo me by inserting your own punchline here, in the comments below.