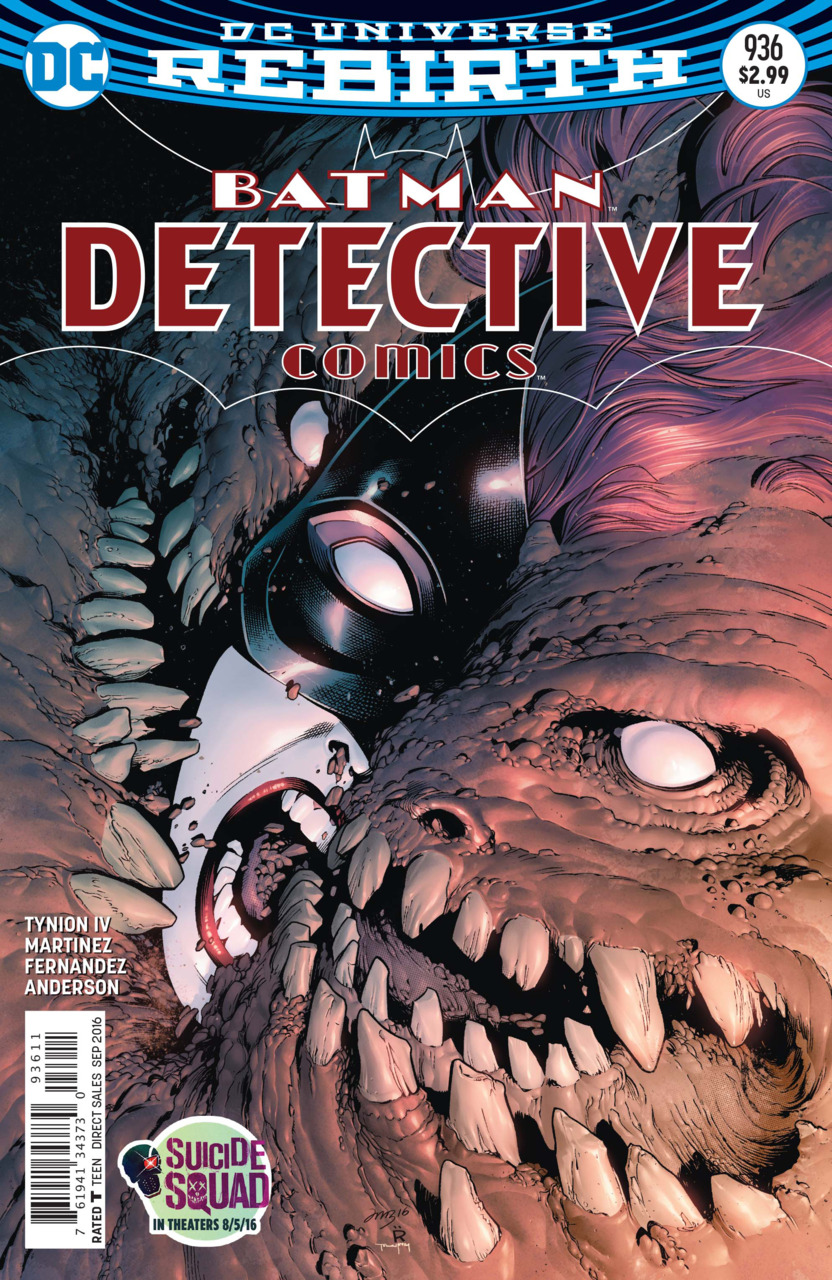 In Brief: Batwoman (Kate Kate) faces hard choices in the aftermath of Batman’s defeat by the Colony.

Summary (Spoilers): Using foam panel separation gutters in a beer glass, Kate recounts her training in boot camp to Renee Montoya. She can’t tell Renee, a cop in Gotham and her former girlfriend, that she’s really Batwoman, but she recounts her struggles with leadership, and Renee assures her that she’s always been a leader. After Renee leaves, Kate gets a call from Red Robin (Tim Drake), informing her that Batman has been taken down by the Colony. In the Belfry, suited up, the two confer on their next step. Tim tells Kate that Batman is frustrating, but that he knows who to trust, and that means Kate is trustworthy.  Kate calls in the team and her father to help.

When all but Orphan (Cassandra Cain) are assembled, Kate introduces her father. The group reviews the footage of Batman’s takedown, confirming that the Colony is a military operation that competes with Batman. However, on the roof, Cass meets a contingent of Colony soldiers, and refuses to surrender. When Tim realizes Cass is above them and sees the surveillance of her fighting the Colony, Colonel Kane lowers the base defenses, and the Colony breaks in, revealing Kane as a leader, if not the leader, of the organization.

The team forms a circle facing outwards, and Cass breaks through the roof after having neutralized four soldiers, landing on a fifth. Kane orders her tranquilized while Tim attempts to hack the Colony’s network. Kate asks her father why he’s doing all of this, and he explains that the military was inspired by Batman to create a program of Batmen. He says that the Colony doesn’t intend evil – they are better than Batman, and that he wants Kate to join him.

When Red Robin’s hack fails, he initiates shutdown of the base, and the team uses Clayface as a ball shield to protect them in their escape hatch through the floor. Kane lets them go, since he tells his men that the strike is tomorrow and they need the Bat-Computer to finish it. As Batwoman and her team plummet away, he says that his daughter will come back to them.

In Depth: James Tynion IV’s previous two runs on Batman Eternal and Batman and Robin Eternal were marked by a slower development of plot, fitting the weekly release schedule. Cutting the number of issues per month in half seems to have propelled his pacing forward quite a bit – the hinted reveal that Jacob Kane was deeply involved in the Colony is the turning point of this issue, instead of a final issue reveal as might be expected from his previous work. It’s a bold choice, given that the New 52 run on Batwoman by J.H. Williams III and Hayden Blackman painted a more supportive relationship between Kate and her father. However, it’s very much in line with the tension between the two at the end of Greg Rucka and Williams’s Elegy/Go storyline that crystallized Kate Kane as Batwoman.

Tynion seems to be drawing heavily from that story, with the scene between Kate and Renee mirroring the history of the two established by Rucka. However, some clever nods to the New 52 Batwoman run sneak in as well – Clayface serving as a shield to the team, as he did in The Unknown arc by Marc Andreyko is an excellent example this issue (with thanks to fan ProgmanX for this insight).

With the first month handled by Eddy Barrows, Alvaro Martinez picks up the pencilling duties, and as he did in his issues of the two Eternal weeklies, his issues are gorgeous and full of details. From Spoiler (Stephanie Brown) waking up next two issues of Superman and Batgirl comic books, to Kate’s bluebird tattoo, to the brilliant opening page framed in a beer glass with foamy gutters, the entire issue is bursting with style. Barrows has a wonderful boldness contrasted with romantic soft-focus painting, but Martinez gives a razor-sharp appeal to the characters and action. Cassandra Cain doesn’t get a ton to do this issue, but her leap into action after Red Robin calls in the team is stunningly beautiful in its body language and sense of movement through space. Brad Anderson provides sharp, attractive colors as well, and Rafael Albuquerque continues to provide stunning variant covers, this time of Batman brutally fighting the Colony.

In Conclusion: Facing betrayal and the loss of Batman, Batwoman and her team stick together in the face of overwhelming odds.