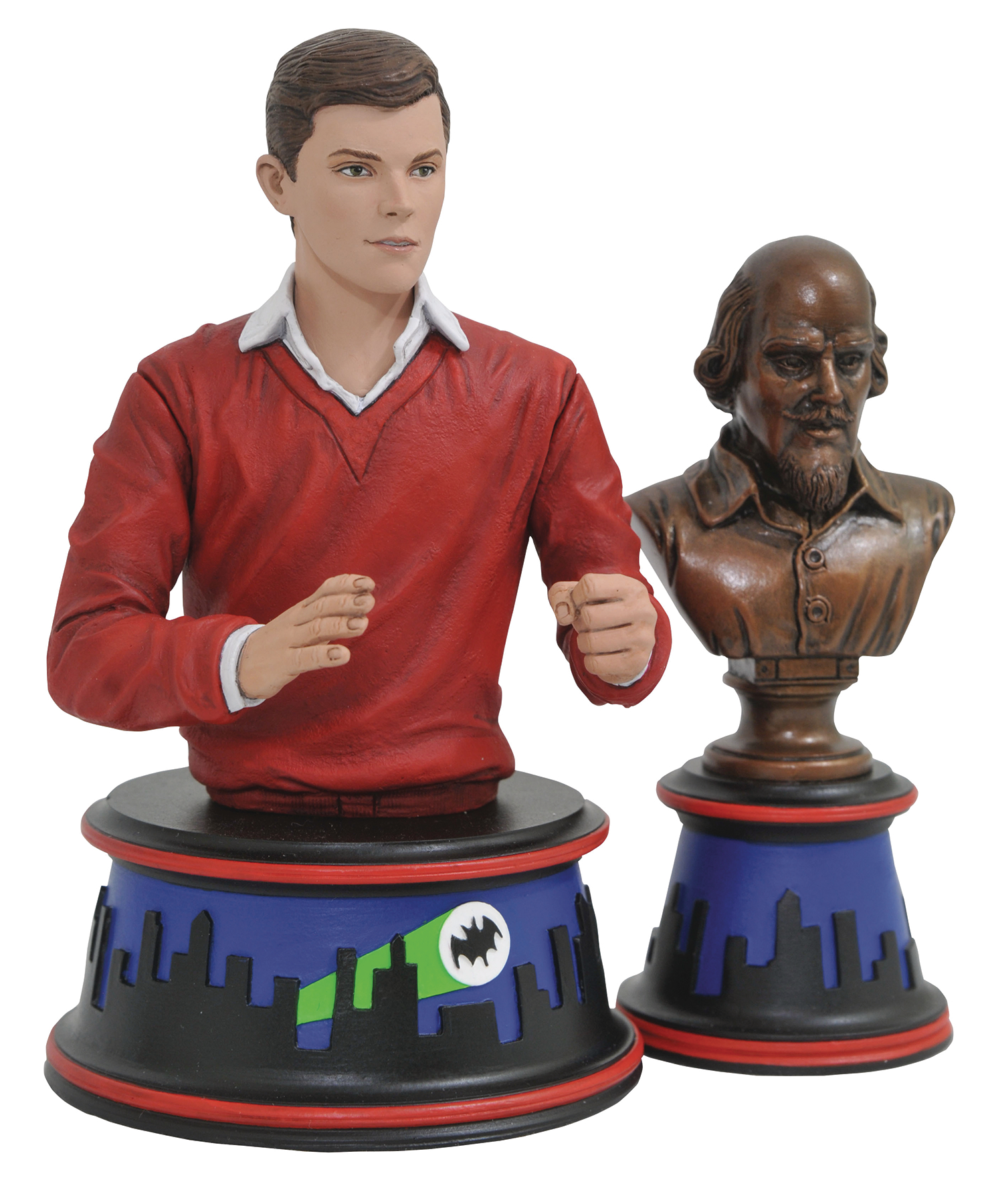 Diamond Select is at it again, Bat-fans! This time around they have released an astonishing Dick Grayson bust modeled after Burt Ward’s depiction of the character in the 1966 Batman television series.  Not only does it look incredibly accurate but it also comes with the Shakespeare bust used to reveal the Batpoles!

Appropriately limited to 1,966 pieces, this is one collectible that fans will definitely want to get their hands on. Available this November. Gotham City needs Batman and Robin! Quick, to the Bat-Poles! DST’s colorful line of resin busts based on the Batman Classic TV Series continues with the first-ever bust of Burt Ward as Dick Grayson, a.ka. Robin, the Boy Wonder! In his civilian guise, this 6-inch bust of Bruce Wayne’s ward is ready to leap into action and head for the Batcave, and he even comes with the Bat-Pole-activating Shakespeare micro-bust! (Does not actually activate Bat-Pole.) Limited to only 1966 pieces, this hand-numbered resin bust comes with a certificate of authenticity in a hand-numbered, full-color box. Hand-sculpted by Jean St. Jean!
In Shops: Nov 28, 2018
SRP: $59.99