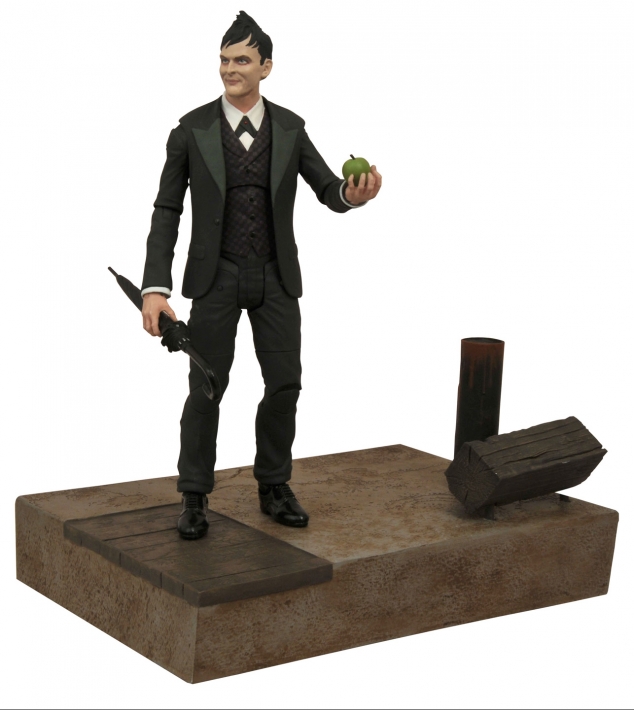 Diamond Select Toys has announced that they plan to release action figures based on Fox’s Gotham. The full line of figures will debut at Comic Con International this July, but in the meantime, TV Insider has shared three of the figures.

Each figure will come with a small character specific scene. The figures announced so far are James Gordon with alleyway, Penguin with pier and Selina with a fire escape. The figures are set at $24.99 and should be available this fall.