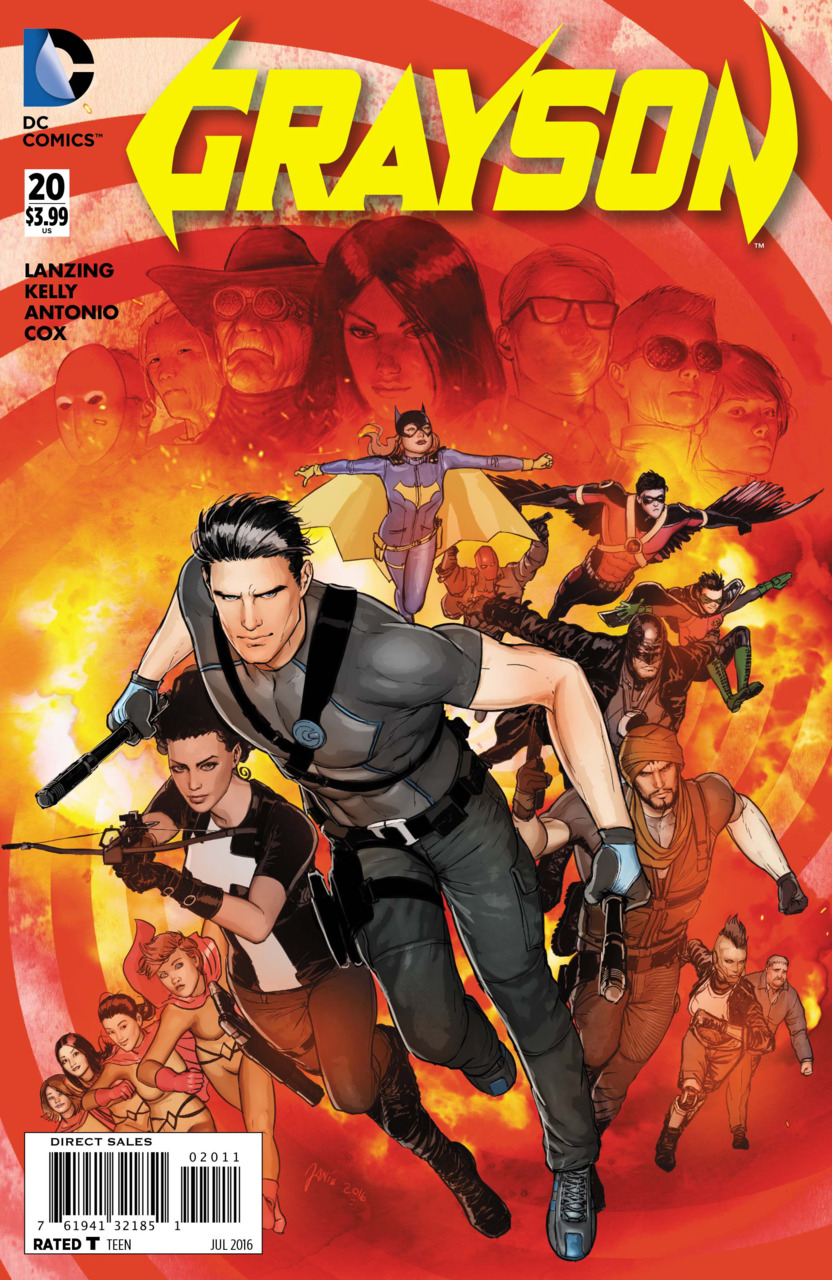 Breakdown: Jackson Lanzing and Collin Kelly do a great job of closing out the series. There were a few things that felt a little rushed and unbelievable. But it worked well enough, that it didn’t take me out of the moment… Just when looking back in certain moments. The series was very respectful to Dick Grayson’s character, and I’m highly anticipating what these guys are going to do next.

Roge Antonio’s art is solid here. His panel layouts worked well, and were creative in certain areas, telling a story in itself. I just wish they could have gotten Stephen Mooney to close out the series to maintain the tone that has been established in the first sixteen issues. Jeromy Cox’s colors is the thing that ties this whole series together. He has been very consistent with the tone that he established from issue one. Carlos M. Mangual’s letters are solid. I thought I got confused while Daedalus was monologue-ing. It seemed as though there should have been a back and forth, but I was wrong… Daedalus just likes to talk.

Recommendation: Buy. This series has been amazing. If you have skipped out on this series, do yourself a favor – go back, and read the whole thing.

Synopsis: Daedalus is still in Helena’s body, giving Dick a beat-down as he tells him his plan. He is going to wipe out every trace of Helena’s existence, and start a war between Spyral and Leviathan, tearing the world apart as Dick watches the woman he loves do it all. However, Dick offers himself instead, trying to free Helena.

Daedalus takes him up on his offer, sending Dick into the Web along with Helena for just a few moments. They share a tender moment, and a kiss. Dick tells her good-bye, and is pulled back from the Web. Apparently during their shared time in the Web, Daedalus somehow changed clothes, so now Dick is wearing the yellow trench-coat and goggles. Anyways, Daedalus and Helena get into a scrap, as he mocks her. Daedalus unleashes a virus that wipes Dick Grayson off the face of the world, and apparently out of the minds of everyone. However, while doing this, Daedalus is pulled into a world he doesn’t understand…

Dick is using his Hypnos implants to manipulate a world where multiple hims can fight… well, him. We get multiple versions of Dick Grayson: the acrobat, Robin, Nightwing, Talon, and Batman. Daedalus turns into a creepy spider-person, and rants to Nightwing about how he’ll never win. But then Dick takes a chance and whispers a code word into his ear that deactivates the Hypnos while Dick was winning the battle inside their head, which pulls Daedalus into the implant, and seemingly destroys him.

One week later, in Istanbul, Alia (Agent 8) is buying weapons from a merchant, when Tiger shoots her in the head from a nearby building, declaring his allegiance to Spyral, which he seems to be the leader of now.

Dick wakes up in his room at the school. Helena is there, and tells him that she created a program, so that it would be impossible for her, or any of his friends and family in Gotham to forget him. She is finally free of Spyral, but she isn’t free because of her last name, and she intends to rectify that. She tells Dick that she can’t wait to see who he will be the next time they meet. Dick responds by saying that he can’t wait either. As he runs across a rooftop, he opens he shirt to reveal the blue Nightwing logo on his chest.

Closing Thoughts: This series has been amazing. The last three issues, I’ve been saying that I wish that King and Seeley were able to finish it out, but I can’t imagine another team doing as good as a job as Lanzing and Kelly have done. I’m super excited for Rebirth, and everything that’s coming out of it.