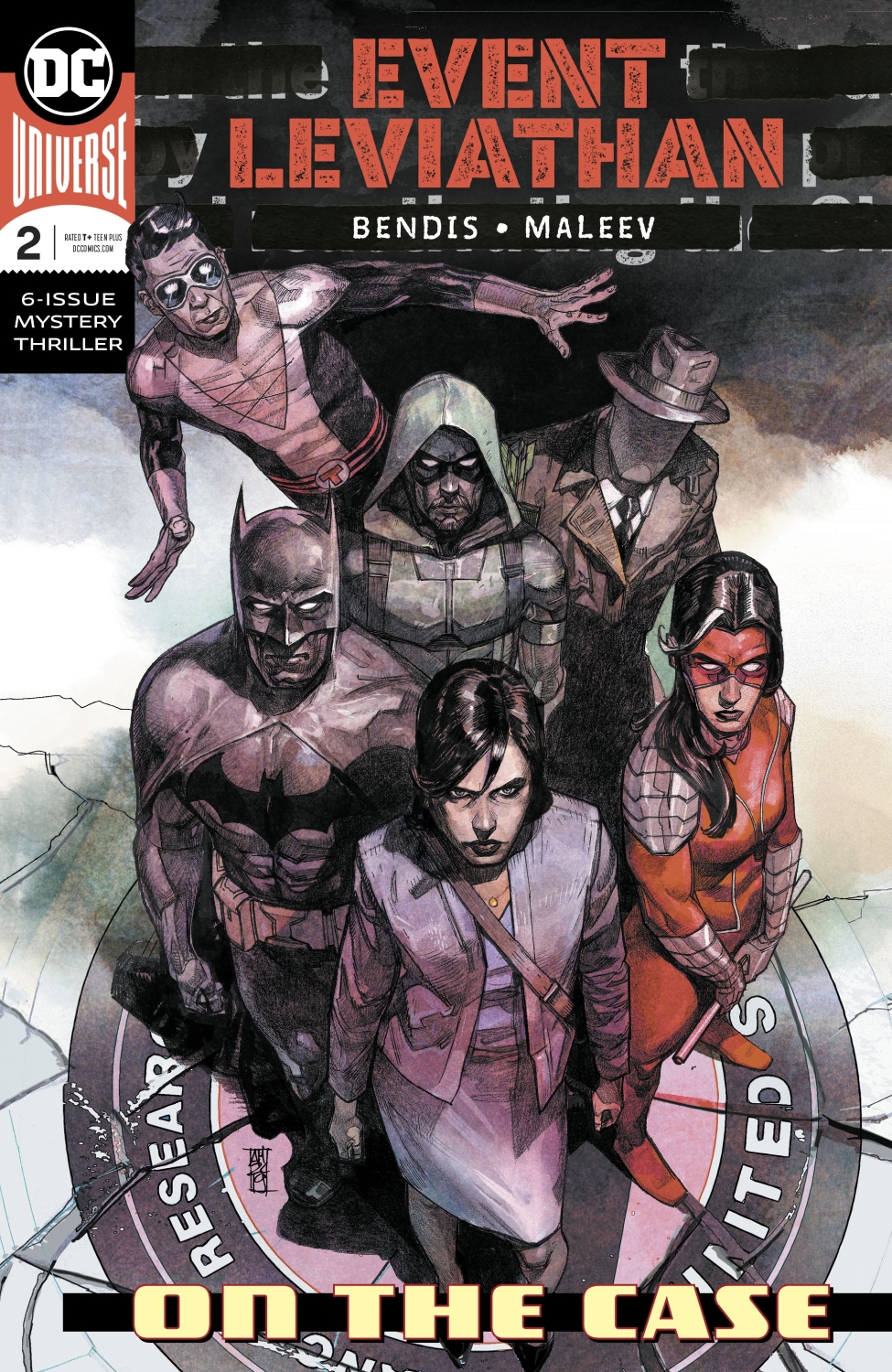 Synopsis (spoilers ahead): In Seattle, just after the attack which captured Batgirl and Green Arrow (as seen in Year of the Villain #1), Batman approaches Red Hood on a rooftop near the attack. He asks if Jason’s heard anything from Talia al Ghul recently, and Jason retorts he was going to ask the same thing. Red Hood notes the complete lack of bodies and Batman tells him of the team of the best of the best detectives who are starting to work on these attacks.

The Question, one of the team, which also includes Lois Lane, staked out Lois’s father Sam’s hospital room. A mysterious armored man entered, and the Question fought him. However, before he could gain any useful intelligence, Sam Lane woke up and shot the intruder dead, then winged the Question. They identified the intruder as a former agent of ARGUS.

Plastic Man, collecting the body from the morgue, faces Leviathan himself, who once again claims to be on the same side as the heroes.

Back on the rooftop, Jason realizes that because of his recent falling out with Batman (as seen in Red Hood: Outlaw) and the death of his close friend Roy Harper (as seen in Heroes in Crisis), he’s the number one suspect for being Leviathan. The entire team of detectives – Lois, Green Arrow, Damian (Robin), Manhunter (Kate Spencer), Question, and Plastic Man, appears behind Batman, and Red Hood leaps off the roof, the rest of the team in hot pursuit.

Analysis: After a zany, excellently-paced five-issue arc setting up this event in Action Comics, and a really nice 80-page giant adventure in Superman: Leviathan Rising, Bendis has chosen the same structural device for the first two issues of his event: flashbacks while the characters remembering stand and talk to each other. The relationships in this issue between Batman and Red Hood are much more meaningful than the one between Batman and Lois Lane last issue, but the fact remains that two characters standing around in the same place talking for almost the entire issue doesn’t provide the most dynamic feeling for the story. It also doesn’t allow for much new in the way of development. Kate Spencer hasn’t really said anything meaningful as Manhunter, which is a shame since her particular voice in Marc Andreyko’s excellent solo series from the 2000s was a great addition to the DC Universe. Thankfully, we have spinoffs like the Lois Lane and Jimmy Olsen twelve-issue miniseries starting this month, which will hopefully flesh out different aspects of the Event Leviathan world, especially the Question in the case of Lois Lane. But it is a shame that within the actual series there’s a sense of pacing choices robbing the main event of the kind of depth the spinoffs can achieve.

The art by Alex Maleev is full of the richness of shadow and texture marking his work distinctly. The various versions of Jason’s look – his naked face with a domino mask and his new fully hooded Pete Woods design – are rendered to great effect, and Bendis does an excellent job with Bruce and Jason’s relationship.

The main cover by Maleev is excellent, though emphasizing different characters than those who are primarily active in the issue. The variant by Jason Fabok is quite nice, rendered with his characteristic bold lines and clean look, but the composition is a tad generic for a variant.

Final Thoughts: Once again, Bendis uses these early chapters of Event Leviathan as more setting things up than developing the plot, though Maleev’s art is beautifully rendered.