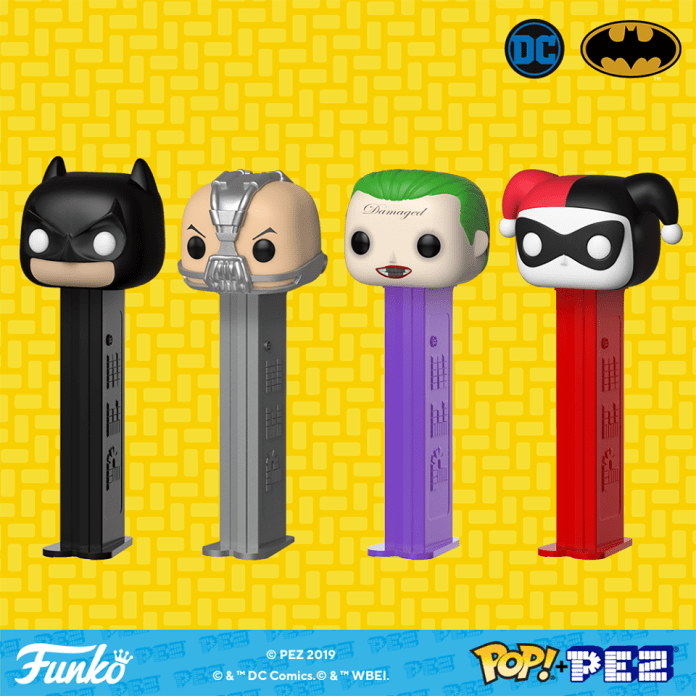 Remember when you were a kid and loved Pez dispensers? Well, even if you didn’t, now you’re all grown up and probably love everything Batman, so you’re still in the right place. Coming soon from Funko is a new line of Pez dispensers based on the characters seen in various DC movies featuring Batman. After a few dispensers were released last year featuring characters from the classic Batman television series, Funko is adding to their DC Comics offerings with four new dispensers. Pop! PEZ Harley Quinn, Bane from The Dark Knight Rises, the Joker from Suicide Squad and Batman from The Dark Knight will all be coming soon to your nearest collectibles store.

You can even pre-order these from our friends over at Entertainment Earth. Check out Batman, Bane, Joker and Harley Quinn and add these to your collection soon.