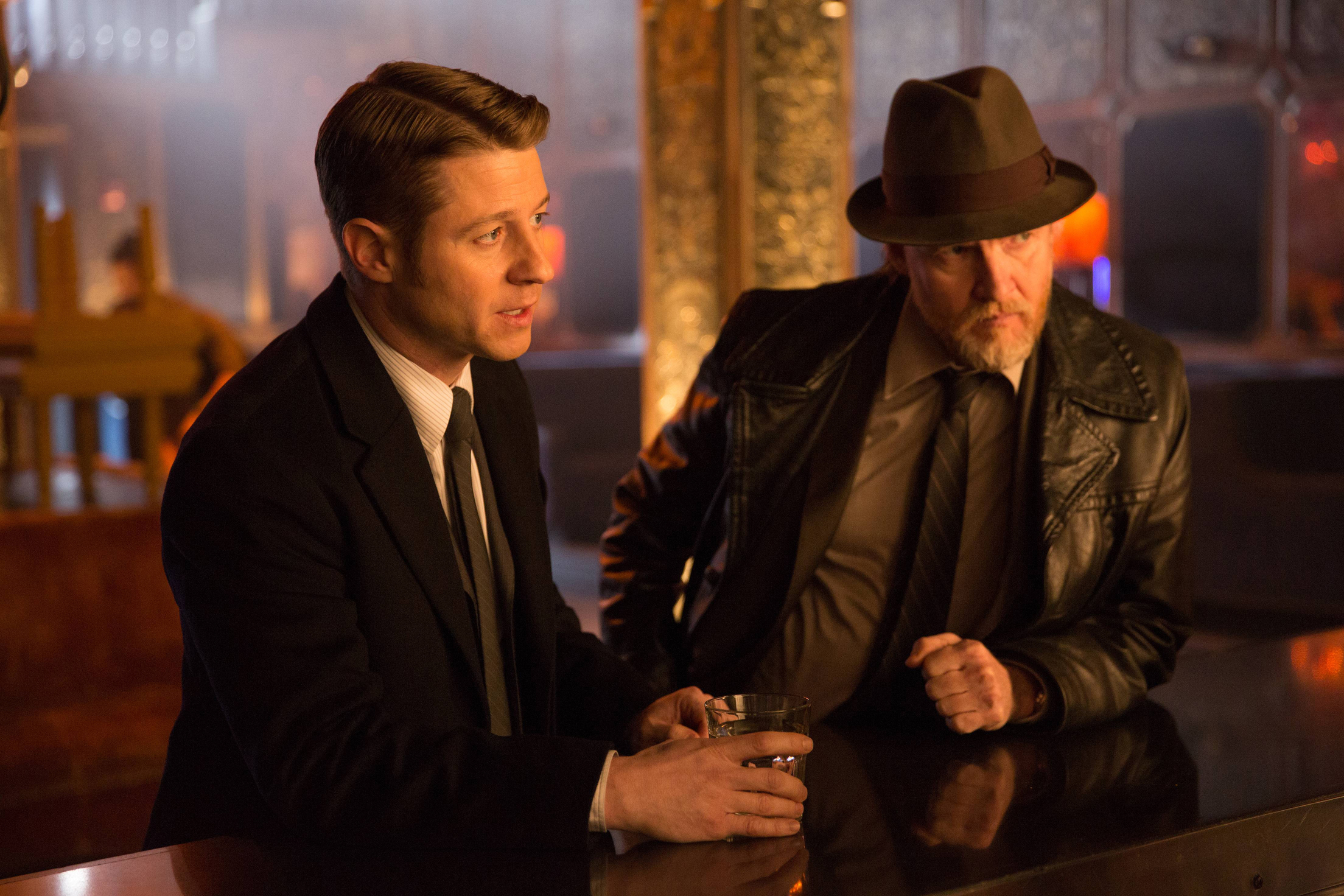 In “Beasts of Prey”, Jim Gordon is approached by a uniform officer who tells him about unsolved murder case. The officer explains he and some others want to help him clean up the city. Gordon sees this as an opportunity to gain some allies in the GCPD. In his investigation, he and Harvey Bullock (who is reluctant to help Gordon) discover she was missing for four months, but only had two fresh stab wounds when her body was discovered. Nygma helps Gordon track down a missing piece of evidence. When they find it, Bullock is perturbed.

Elsewhere, Fish Mooney begins to plot an escape off of the island where she has been imprisoned. Oswald Cobblepot tries to negotiate his way into buying into a bar. Alfred informs Bruce he is going into the city to find Reggie, the man who stabbed him, but Bruce tells him him still needs to rest. When Alfred refuses and starts to leave, his stab wound begins to bleed again. While Alfred is resting, Bruce sneaks into the city where he and Selina Kyle begin searching for Reggie.

The main story in this episode feels like a normal crime show, which is not a bad thing. Gotham has from time to time tried to be a supervillain-origin-story show. It is refreshing to see a true mystery episode like this one.

The Fish Mooney at a mysterious hospital/prison on an island story arc continues to be tiresome. The chief reason the story is getting old is that it makes very little sense. There are no answers as to where this island is or why she was kidnapped and taken there. Gotham would be a better show if Fish Mooney had just died following her move on Falcone.

Once again, Robin Lord Taylor is underutilized. Oswald Cobblepot is clearly the best character on the show, but the writers continue to give him minor stories and show very little of the diabolical Penguin that stole the show in the first half of the season. If Gotham wants to be on the air for a significant number of years, they will need to use Cobblepot more.

This week’s script calls for Bruce Wayne and Selina Kyle to be ruthless. David Mazouz and Camren Bicondova are not up to the challenge. Bicondova is at least close to hitting the right attitude for the future-Catwoman. Whereas, Mazouz makes Bruce Wayne seem like a whimp. When will the future Batman start to get tough?

Overall, it is the lack of necessity behind Fish’s story and the poor acting of Mazouz and Bicondova that kill this episode. The potential for this episode to be one of this season’s best is there, but unfortunately it falls to the level of mediocre, typical of the first season of Gotham.