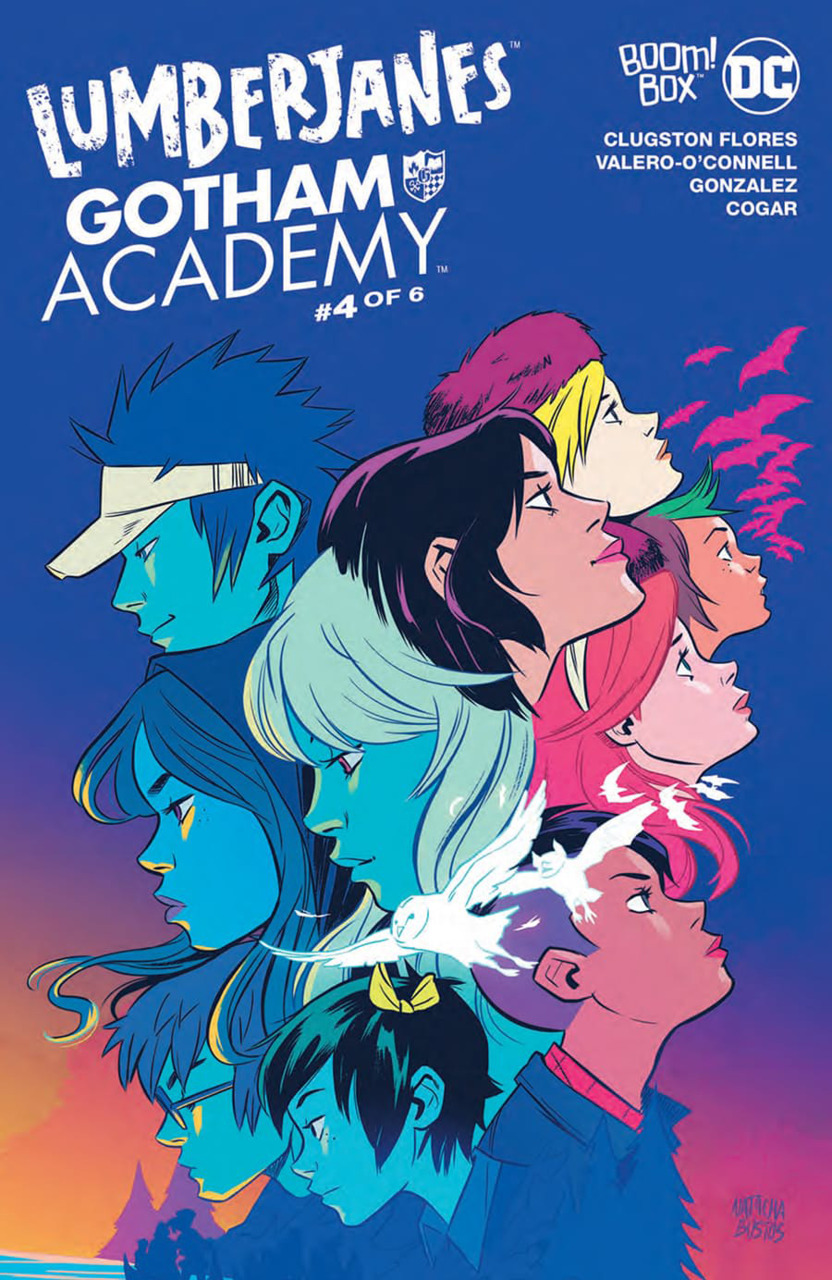 Our imprisoned heroes are lounging around the swimming pool at the Lodge and trying to think of ways to escape. They discuss Louise, their captor, as well as the skull monsters and Pomeline reminds the crew that they shouldn’t get too comfortable.

Kyle, Mal, and Ripley, who have been able to evade the skull monsters, discuss the idea of pretending to break into the Lodge and getting captured. That way they can rejoin their chums and with their combined strength, make a jail break.

Inside the poolside prison, Olive tries to befriend Louise. They head up to Lousie’s room where Olive learns of Louise’s long lost love Simon. Louise also wants to travel, particularly to Paris, France. However, she is afraid to go because people that take risks get hurt by life.

Pomeline, Jen, Jo and Professor MacPherson try to develop an escape plan. They think that if they can only help Louise to want to move on with her life they might be able to break the spell that keeps them at the Lodge. Professor MacPherson remembers a boy, Simon Rhodes, that Louise had a crush on when they were all at Gotham Academy. Simon was popular, but didn’t like the attention that Louise and her money received so he was never going to date her. Since their time at Gotham Academy, Simon died so he is unable to help them.

Pomeline decided that trying to help Louise is not a great idea and has a temper tantrum. She is disabled by the skull monsters and taken to a locked room. The others see her being taken away and Rosie points out that if they aren’t able to break the spell cast over the Lodge that they will be prisoners forever.

Kyle, Mal, and Ripley stage their break in and are trapped as they expect. Louise sees them and believes that Kyle is Simon Rhodes, her old crush. She doesn’t want ‘Simon’ to see her in her everyday clothes and decides to get dressed up so he will see her at her best at that night’s party.

The two groups of friends, reunited, greet each other. They compare notes and realize that the whole Kyle/Simon affair may just be the key to escaping. If Kyle can pretend he is Simon he can try to convince Louise to move on and thus break the spell.

Everyone gets dressed for the party and while they are waiting for Louise, Olive and Kyle reminisce about their past dates and begin to flirt. Louise catches their dalliance and decides that Olive is trying to steal her true love and will not let her get away with it. Until next month…

This is a perfectly serviceable mystery and suspense story by Chynna Clugston Flores. The background of Louise, whom the magical spell is centered on, becomes more clear with every issue and is a satisfying as it is revealed. The idea that with some of the kids free the gang is weaker because they are stronger together is counter intuitive but makes perfect sense within the logic of both Gotham Academy and Lumberjanes. What the Skull Monsters are and what is the nature and source of the spell that keeps everyone at the Lodge is still unknown and every indication is that the revelation of the mystery will be satisfying.

The big weakness of the series is based on the artistic style of Lumberjanes, in which this mini is drawn. Pencils are by Rosemary Valero-O’Connell, inks are by Maddi Gonzalez and colors are by Whitney Cogar. It isn’t that the art is bad exactly. It is done in the cartoonish style of Lumberjanes which doesn’t give the individual characters much detail. Because there are so many kids between the two comic book groups they are difficult to tell apart. Jo and Pom are almost indistinguishable. Maps doesn’t look like Maps at all and can easily be confused by the now-teenaged Professor MacPherson. So much energy is taken trying to figure out who is who that it interferes with the enjoyment of the story.

Because of the good story and successful plot exposition I am going to give this issue a decent score even though the characters are hard to tell apart. This book got me through Gotham Academy’s long hiatus, but now that it is back I expect I will be less enamored of this title in the future.