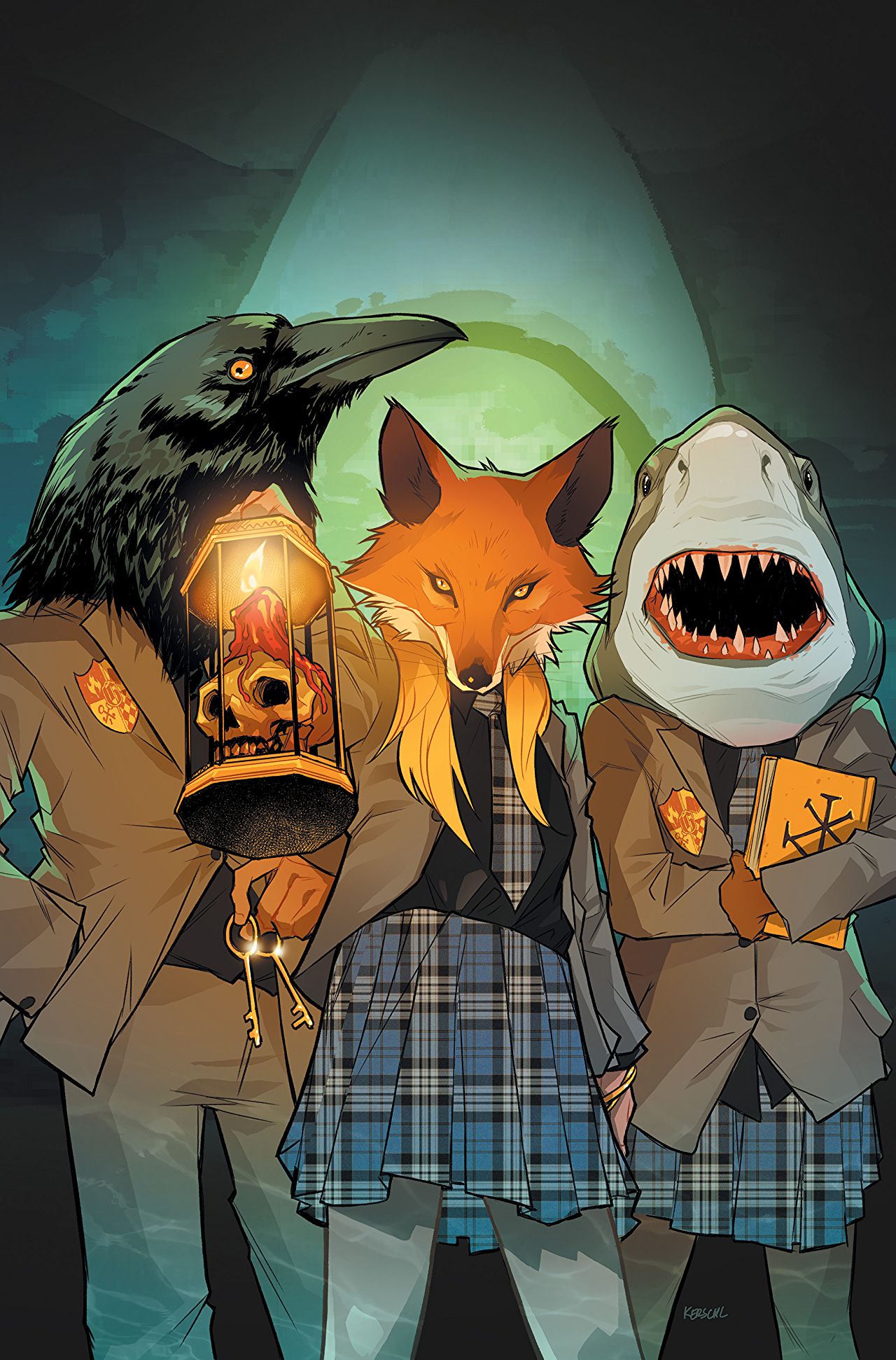 Gotham Academy has been running for a little over two years now, but the end is neigh. Two interviews with creators Becky Cloonan, Brenden Fletcher and Karl Kerschl have come out this week claiming next story arc, “The Ballad of Olive Silverlock”, will be the last one, ending in issue #12. Considering issue #10 has been solicited for June, we should be saying goodbye to the title in August.

“This final storyline is the one the book’s three writers always intended to go out on” is how the issue has been addressed in the DC Comics interview. Although the book is not said to have been canceled that does seem to be the case, with Brenden Fletcher saying that “Part of what makes me sad about closing out the Olive story is that I feel like we could ramble on with stories about the supporting cast. I could write this book forever.”

While it is the end for Gotham Academy as a comic book, the characters and the building are still open for a return in other media. This is suggested by Karl Kerschl, in the interview to Comicosity, claims to be “really excited to have the freedom to explore other stories and the supporting cast in whatever media that happens to be.”

Here are further excerpts from the interviews, taken from various points in the mentioned interviews.

Becky Cloonan: I would add that just because this is the end of the initial story that we wanted to tell with Olive doesn’t mean it’s the end of Gotham Academy. There’s still a lot of stories to be told in that building.

Brenden Fletcher: the thing that we do with Olive and Maps, the dynamic we’ve created for them and how we change it into the ending, is exactly what we always wanted from the beginning. It’s what you want to come out to see.

Brenden Fletcher: We didn’t want to put Damian in because we felt like it was going to take away from the main characters. You put Damian in the middle of our characters and we feared they were going to disappear, but it turns out that Damian and Maps make a great combo and we had a lot of fun with it. And it’s something that we might revisit in the next few issues…

How do you feel about Gotham Academy ending? The sales numbers have been very low for sometime, but it has focused on an element that Bat-Books normally do not feature. Do you think it was time for it to end or are you sad to see it go?