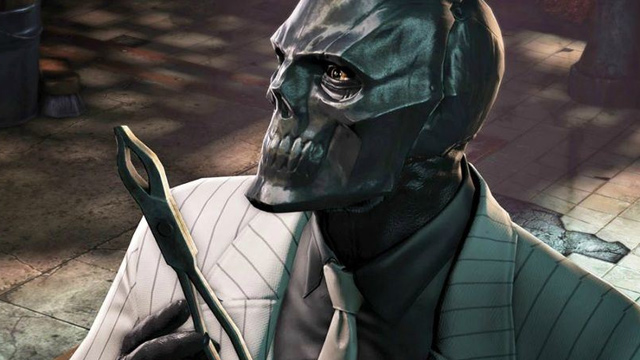 David Ayer, the director of Suicide Squad and the upcoming spin-off Gotham City Sirens, tweeted a panel of Black Mask from the comics.  What could this mean?  In the past, Ayer has been known to use Twitter to tease his films, like in 2015 when he shared the first image of Jared Leto’s Joker, and in December of 2016 when he posted an illustration of Harley Quinn, Poison Ivy and Catwoman with #sirens, thus confirming their appearances in the upcoming DC villains team-up. Margot Robbie is expected to reprise her role as Harley Quinn, with Poison Ivy and Catwoman joining her to create the Gotham City Sirens.  Could this image be revealing the antagonist of the female-led film?

Black Mask is a notorious nemesis of Batman, first debuting in 1985 in Batman #386, and created by Doug Moench and Tom Mandrake.  He is associated with his fixation on masks, the False Face Society, and taking pleasure in other people’s pain.  Catwoman and Black Mask have run into one another before, especially in War Games in 2004-2005, and more recently, they have been rival crime bosses in Gotham City in Genevieve Valentine’s Catwoman run.

Whether Black Mask is truly in the “Gotham City Sirens” film and how he will figure into the story will only be revealed in time, but he is certainly a villain worthy of these three dangerous and capable characters. Have any thoughts on Black Mask making it to a live action film?