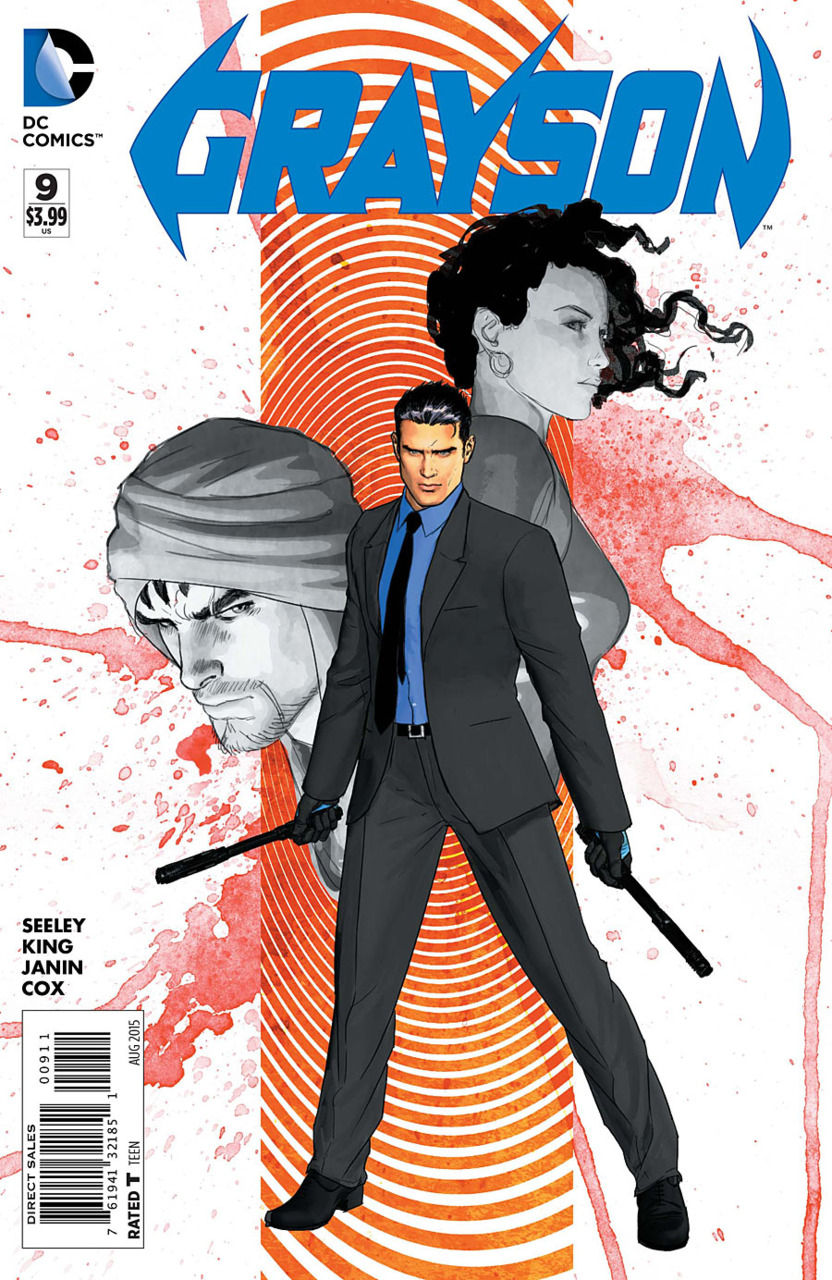 This book is just plain fun. Really, it has everything you could want in a comic. I’ve never heard someone who has actually read this book, and didn’t like it. Everyone I hear who hates it, just can’t get past the idea of it. Regardless of where you fall in the category, I encourage you to pick up this issue. It’s one of the best books DC is putting out right now, and it’s a great jumping on point.

Tom King is a very underrated writer, and Tim Seeley can add some levity in moments where it is needed. Mikel Janin is a fantastic storyteller. The way his panels are layer out get so much across to you in such a way where it gets it’s point across and moves on. Which is great, because most of Grayson has been one issue stories. This, however, kicks off a short arc (which I believe is three issues), so we will have a nice change of pace, here. Also, I feel like the team does an amazing job of showing you what has happened on the journey so far, giving us multiple flashbacks to peak your interest if you missed it. Anyways, before we get into the synopsis, I hope you are reading this book. They are doing something very different here, but I feel like it works very well and the creative team is pouring their hearts out into this book.

The opening page truly is heartbreaking. Dick is trying to radio in to Bruce to give him an update, as well as receive his next assignment. Bruce isn’t answering, though. He’s dead. Dick is clearly getting scared, as he asks if he can come home.

Next, we see a very familiar scene which took place in issue one; as Dick boards the top of a moving train. He is attacked, but he quickly takes out the man by throwing his gun, striking the man in the head and knocking him out. Dick handcuffs him to the roof, and at this point (if you’ve been reading) you know that Dick is now inside the train, but someone dressed just like him shows up, and kills the man with Dick’s signature escrima sticks.

Back in Brazil, Helena Bertinelli has taken up in overseeing Spyral. However, she has a problem. Someone has been killing spies on Spyral missions, and Checkmate is going to get involved. King Faraday looks to be in charge, and Grifter is on the team as well. They have photographs, showing all the other agents who have been killed throughout the series.

In Spain, Dick and his new partner, Agent 1, are sneaking into a ball to steal a Kryptonian crystal the dutchess is wearing in order to protect Superman. Dick gets all dressed up, and against orders, smoulders at the woman until she dances with him, as he also swipes the crystal and a kiss. She quickly realizes that he stole her jewelry, and Dick runs away.

Helena, on her way to the pick-up point, is still talking to Checkmate. The five spies who were killed were on missions Dick was on… And all were killed with an escrima stick. Helena refuses to believe Dick would do such a thing, when she comes to the realization it’s Dick’s new partner, Agent 1. She relays the information to Dick, telling him that he may try to kill him, when Dick knocks him out just before they escape, leaving Agent 1 to the authorities. A man with escrima sticks approaches the concussed Agent 1, when suddenly this man is struck and killed by a flying escrima stick. Whaaaat?! Agent 1 comes to, calling Dick an idiot.

This book continues to be one of my favorite books. I like that they are changing things up with a three-parter, but I hope they primarily stick to the one-shots.