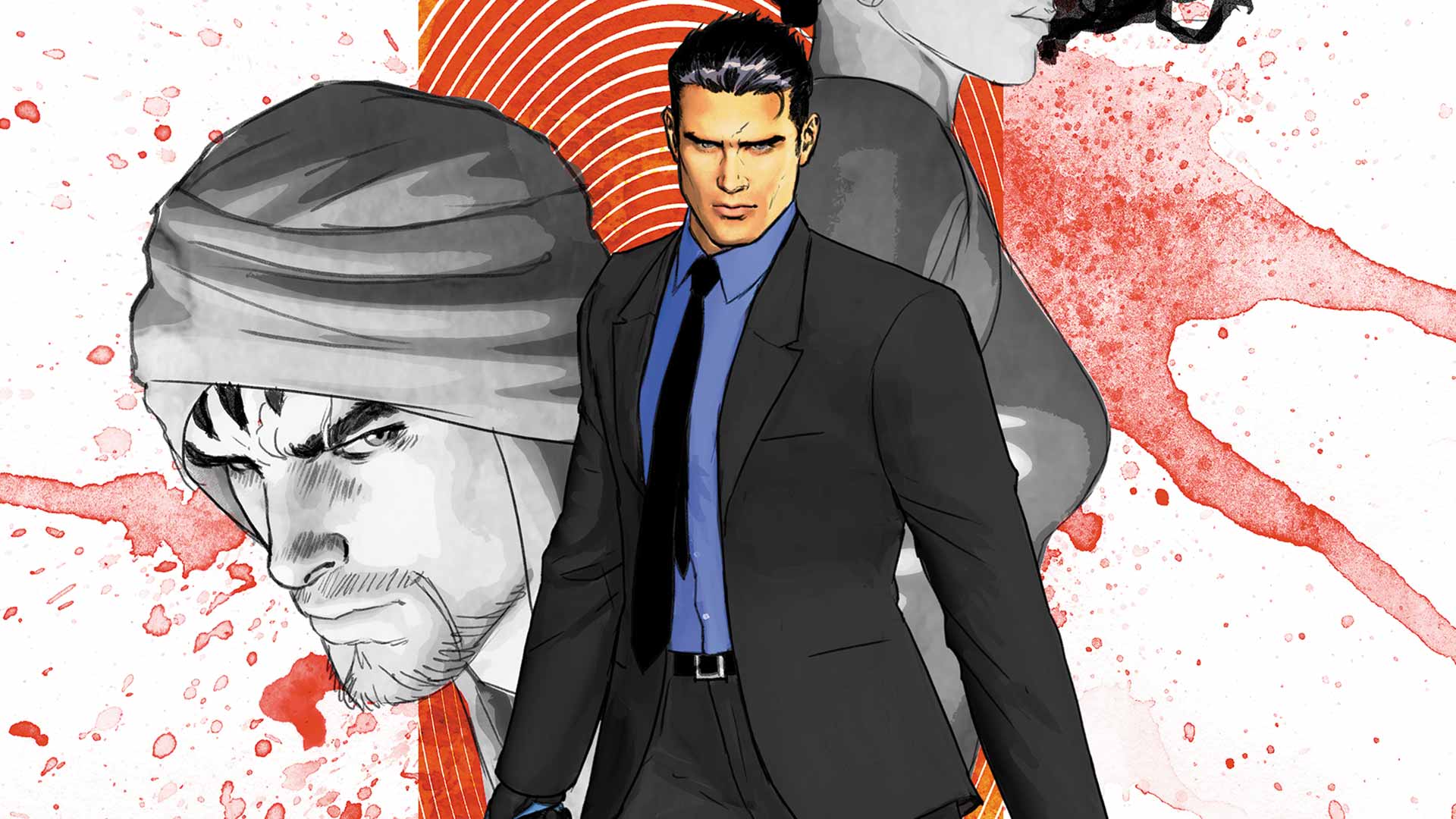 In our final interview with comic creators we talked with Tom King and Tim Seeley who are currently writing Grayson. As announced the day prior to our interview Seeley will be part of the writing team on Batman and Robin Eternal and Tom King will be writing the one-shots as the part of the Robin War event. We talked with them all of the projects from The Batman Universe that are coming up for them.

TBU: How would you describe Spyral currently and what are their goals are now that Mr. Minos is “gone”?

Tim Seeley: Well I think with Helena at the lead, they want to maintain what they have which is they trade secrets and its sort of one of their assets. They have the secrets which they decide who gets them and Helena is kind of interested in maintaining that, especially since it allows them to have power over other people. But it also allows them to do kind of what they want to do which is basically they’re the good guys but the way they do it isn’t always the best way. With Helena leading, she has some personal vendettas. We know that she’s maintaining Spyral going against the Fist of Cain and some other agencies, but as we’ve seen in issue #9, she’s using this to deal with the other spy community characters, to sort of stand their ground even if they’re threatened by the other spies to keep their house clean.

TBU: Is Minos really gone? Because we had seen prior that he had sort of two life model decoys and even talked about it in that little café scene. So is he really gone and will we ever figure out or find out what his identity was? Tim Seeley: The whole fun of this book is that we have to keep you guessing.

Tom King: Absolutely we have a long term plan in part of that plan. The magic of a wonderful spy book is that you’re looking over here and we’re doing something else over there. So hopefully what you are seeing and what you’re absorbing is that you’re not getting everything that we’re doing. There’s stuff in the background and there’s moving parts and we want to surprise you and shock you as we go. So nothing you see is what you think you see.

TBU: Can you talk to us about Dick’s immediate plans with Spyral shaking up and even in the last issue him really wanting to go home now and not being able to reach out to Batman. So what are his immediate plans?

Tom King: The overall arc is to return Dick to the DCU; he’s a social character, he’s a father, he’s a brother, he’s a son and he’s a leader. So the first year we sort of established him as this, just to establish his new role in DCU and now we’re going to bring him back and see how he bounces of character. So that’s like the longer arc. But in terms of the shorter arc, there’s a mystery he has to solve. Somebody has been killing spies. Somebody has been setting Dick up to look like the bad guy and that is all leading to issue #12, which is Dick Grayson’s return to Gotham which is a huge event issue for us.

TBU: What is his homecoming going to be like? Because Batman is the only one that knew that he was still alive. So are people going to feel betrayed that they didn’t know and that he lied to all of them?

Tim Seeley: Everybody ranks differently. I mean some people are angry and some people are excited and it’s the balance. We didn’t want to tell a whole story of where everyone is mad at Dick for coming home and being like, “I’m not dead everyone.” We just didn’t want to do that. So you see everyone’s interactions being very different. Part of it is you kind of assume that they’ve already gotten over being mad, depending on which thing we wanted to show, because that was just as an interesting story.  You wrote that issue.

TBU: Can you talk at all about Dick’s role in the upcoming ‘Batman and Robin Eternal’ and the ‘Robin War’ and then as creators on those titles, how are you going to be involved in the projects? Tim Seeley: Batman and Robin Eternal is sort of a celebration of the Robins because it’s the 75th anniversary of Robin, specifically Dick Grayson, but with all the legacy characters that have come from it. So this story is about a mystery that involves Robin. Basically without Batman they can’t confirm or have it denied the information they find out, so they have to discover it themselves. Dick is the first character to sort of be brought into it, but it involves Harper Row, Tim Drake and Jason Todd. It’s a globe hopping, paranoia thriller, I think we’re calling it. The first Batman Eternal was about the amount of things that Batman can be and about all the genres Batman has always been. Batman and Robin Eternal is about this very distinct, very succinct story and its very much about what is the relationship of Batman and Robin and what is Batman’s responsibility to the Robin’s and what is their responsibility to each other. So that’s kind of the story.

Tom King: And then Robin War, for people who don’t know, is a five issue, huge crossover event that we’re doing in December. It’s going to be sort of like the Christmas books for the younger Gotham. It will be in Gotham Academy, We Are Robin and Robin: Son of Batman. There’s deeper themes to it as it’s all about the legacy of Robin, what it means to be a Robin and I think we go off on the philosophical BS about it. Mostly I want to get that this is going to be like a huge, super fun action adventure movie. This is my chance to write a bunch of Robins in a huge fight scene pushed to their limit and fighting back and kicking some tuchus.

TBU: With both of these books, how much of it is going to change the status quo of The Batman Universe once they’re completed? Are you looking to really shake things up with these two events?

Tim Seeley: Batman and Robin Eternal it definitely sets up the books, in the same way that Batman Eternal sort of launched Catwoman into a new into a new role and launched Spoiler into a new role. This is also that for a new set of characters. It launches Cassandra Cain into new role, it sets up Dick into sort of a different space after the ending of the story. So it’s definitely a big event book that’s meant to do and explore all the new corners and give us new reasons to love these characters.

Tom King: There are big consequences that I’m excited about. Nine out of ten Robin’s don’t survive the Robin War, no. (Laughs) The modern day Bat writers under Marc Doyle, who is our editor, are sort of like what I imagined the Marvel bullpen was like but it wasn’t but in my head it was that sort of way. The guys who write those books; Brenden, Pat, Becky and Lee are like my best friends in comics and so they have these huge plans for their characters and this event is a way to help them get those plans started and do amazing things. So there is big stuff coming right out of this.

TBU: And you mentioned Cass Cain, a much beloved character. What did it take for people to say ‘yes, we’re going to bring her back,’ and also how are we going to see her? Is it sort of a Renee Montoya, where she’s been doing something but it’s the first time we’re seeing her in this universe or is this just, bam, this is the first time that Cass Kane has been on the scene?

Tim Seeley: It was easy to get her into this book but if we wanted to introduce Cassandra Cain, it had to be because it was a part of some big story and this was the perfect means to do it. It was a way to launch her, like the way I think we launched the Spoiler in the first [Eternal]. Actually her sort of part in the DCU and her history is so integral to the plot that I can’t give it away. This is as much a story about her as it is about Dick Grayson.