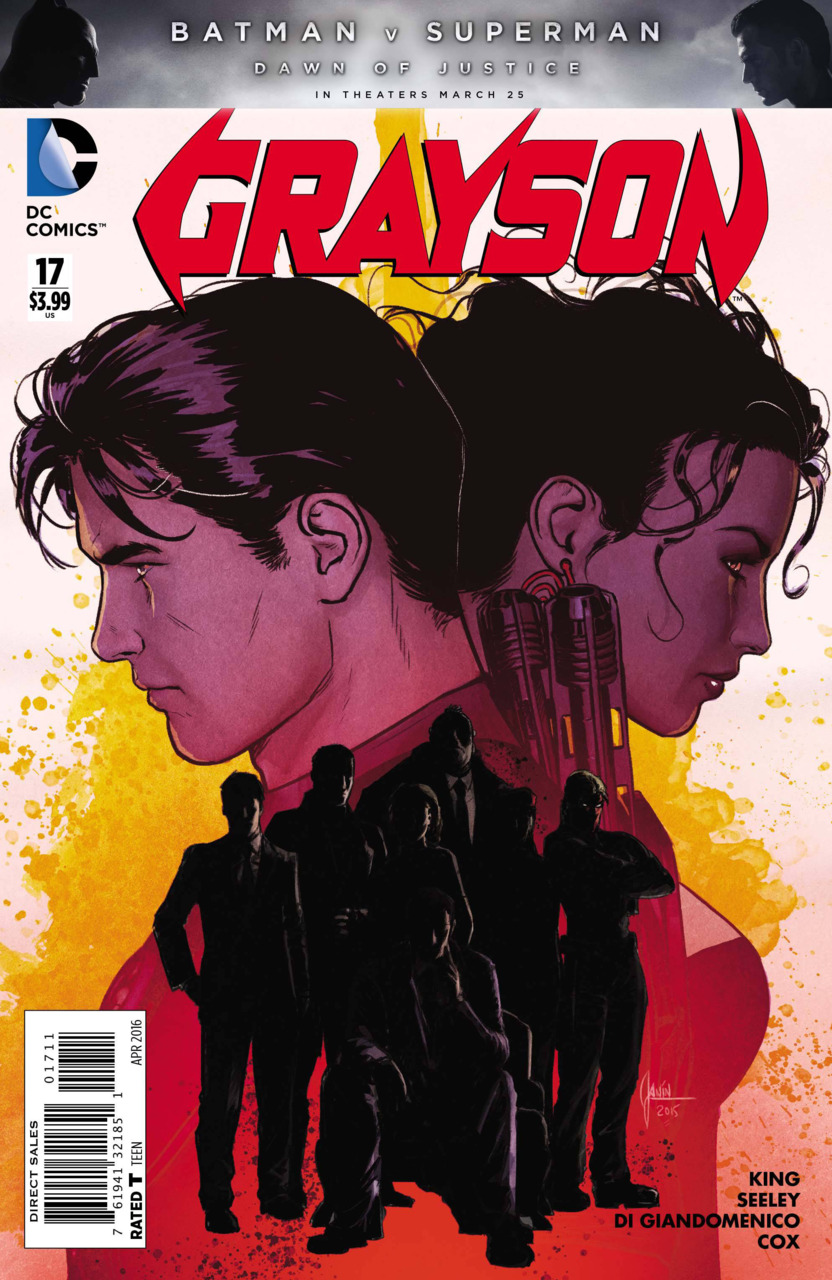 Breakdown: Tim Seeley and Tom King did a great job pacing this issue out. It almost felt like there were about three issues crammed into this one… but in a good way. It didn’t feel dragged out, but fast paced. It holds your attention very well. There was some confusion, though, and I wonder if it was rushed. I’m not sure who Tao is, and I don’t know how he fits into the story. It’s also difficult to understand what the agenda is behind all the different agencies, and I hope that Seeley and King’s final issue doesn’t feel rushed into doing this.

Carmine Di Giandomenico handles the art this issue, and although Janin’s work is missed, Carmine really does do a great job this issue. His storytelling is very well done, his action is engaging, and his panels are creatively placed. As an aside, about two years ago I read Marvel’s “Magneto Testament”, and Giandomenico took care of the art. As great as that book was, my biggest complaint about that was that everyone’s faces looked the same. It was hard to tell a man from a woman, the faces were so similar. I believe he did that book about ten years ago, and it’s clear that he has improved leaps and bounds. He did an amazing job for this issue.

Jeromy Cox’s colors look really good with Carmine’s art… in fact, I like his paring with Carmine better than I do with Janin. His vibrant colors look great with the dark line-work, and balances out the page very nicely.

Carlos M. Mangual’s letters are easy to follow. He doesn’t miss a beat, and makes it easy to read.

Recommendation: I love this series… I have always suggested you to get on board, and I’m not going to stop now… and I will probably suggest you buy it next month too.

Synopsis: Grifter is interrogating a man locked in a cell named Tao. Even though Grifter is working with the Syndicate, (These are the agents working together with Spyral. Apparently I misunderstood that these guys were working for Checkmate, so that’s cleared up.) which, in turn, is working with Spyral, Tao is to read Helena so as to know her next move so that they can possibly double-cross her.

Meanwhile, in Honduras, Frankenstein is searching for Dick and Tiger, but they are hiding in the jungle. Frank is having trouble searching for the two, so he calls on some half-monkey, half-cthulu monsters to help find and attack them… Tiger gets tied up with them, while Dick uses some cool, New God tech to fight Frank, and the two back him into a machine that freezes him.

Maxwell Lord shows up, and thinks about taking him apart to see how he works, but Dick threatens to stop helping him if he doesn’t let him go within forty-eight hours. Back in Brazil, Spyral is training some members of the Syndicate to fight the rouge agents.

Dick and Tiger take a rest in while in Mexico City, and are finally starting to bond, when they are attacked by two Syndicate agents. Tiger fights a pink lady who can change her size and density at will, which makes it quite difficult on him. Dick fights with Grifter, but doesn’t struggle as much… Dick notices that Grifter is holding back, that he’s not trying to kill him, so he holds him down and uses the Hypnos implants to find out what the real agenda is. Tiger ends up timing a kick just right, and punts the pink lady while she was tiny a few blocks away.

Back in the undisclosed interrogation room, Tao instructs Grifter that the Syndicate should kill Helena Bertinelli.

Closing Thoughts: Well, we have one issue left with this writing team, and I’m starting to get bummed out… I really hope that we get some sense of closure with ending of this run, and that the next group of guys close out this series in the awesome way that is should end.