2019 Hallmark Ornaments Include Five Additions from the Batman Universe 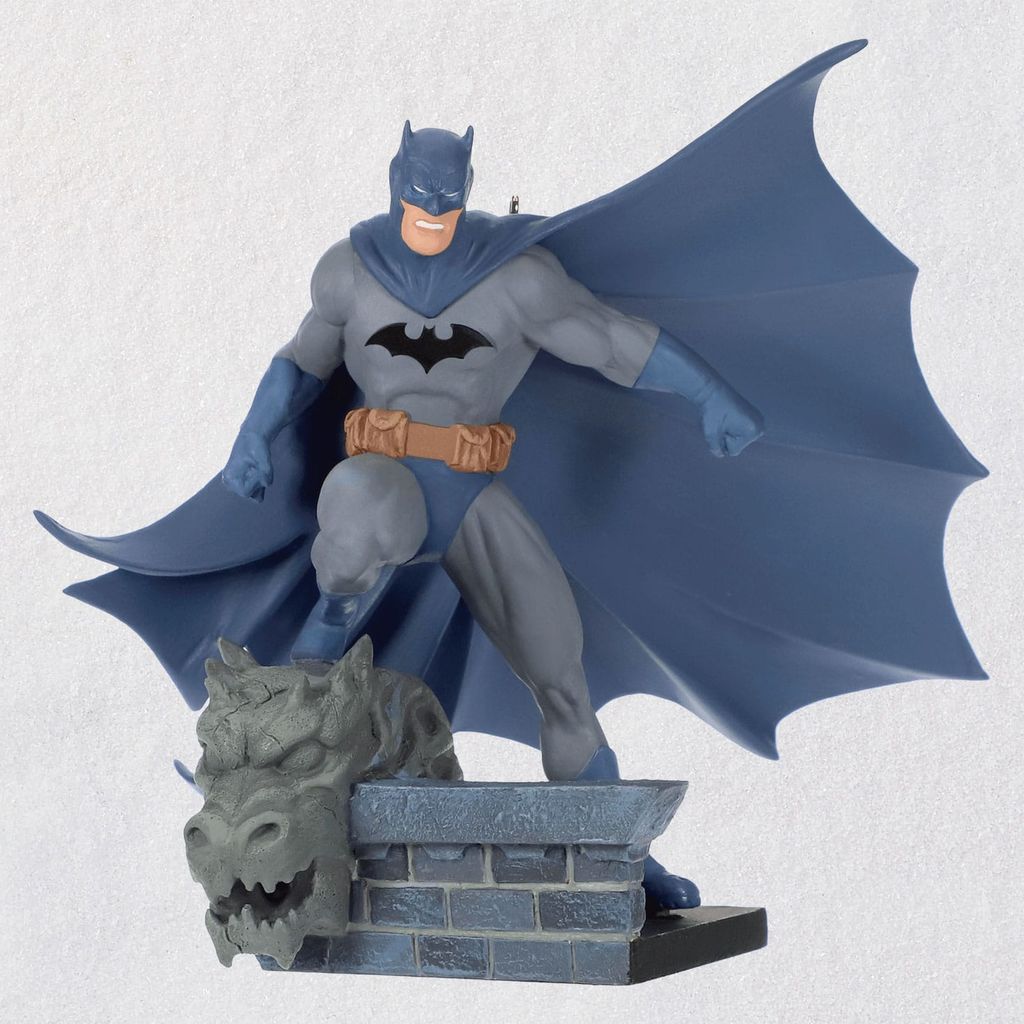 It’s never too early to start making holiday plans, Bat-Fans. With that in mind, Hallmark has revealed their slate of ornaments for the 2019 holiday season and they include four Batman-related ornaments. Up first is the Dark Knight himself, Batman.  Inspired by Jim Lee’s designs seen during the Batman: Hush storyline, this ornament is absolutely stunning, folks. Batman, cape unfurled, is perched atop a rooftop, complete with a gargoyle.  Arriving July 13 and priced at $22.99, this plastic Christmas tree ornament is lead-free and measures 5.05″ W x 4.5″ H x 3.47″ D. An outside of the box ornament featuring Batman is also coming in a Batman-themed guitar. This musical ornament features the Batman theme song from the Batman Classic TV series. While battery operated, the ornament will include the necessary batteries to start rocking away. It measures at 2.2″ W x 5.4″ H x 0.63″ D and will be available October 5 for $19.99. For a slightly more kid-friendly and fun approach, Hallmark is also bringing us LEGO Robin as an ornament.  Based on the spunky sidekick’s appearance in The LEGO Batman Movie, Robin is in a static pose, but he’s still full of cheer.  This ornament measures 2.01″ W x 2.48″ H x 1.96″ D and will be available October 5 for $16.99. Nest, Batgirl from the classic Batman television series joins the group. Barbara will be released as part of the 2019 Keepsake Ornament Debut Event in October. This ornament measures 2.75″ W x 4.31″ H x 0.9″ D and will be available on October 5 for $16.99. Finally, there’s the one that will zoom through the Christmas tree as though it were the water in Gotham Harbor.  That’s right, it’s the one and only Batboat, as seen in the classic Batman television series. This incredible Hallmark ornament features both Batman and Robin riding along the waves in the iconic Batman-themed watercraft.  The ornament measures 1.68″ W x 1.72″ H x 5.4″ D and is available October 5 for $29.99.

Will any of these ornaments be added to your tree this year?