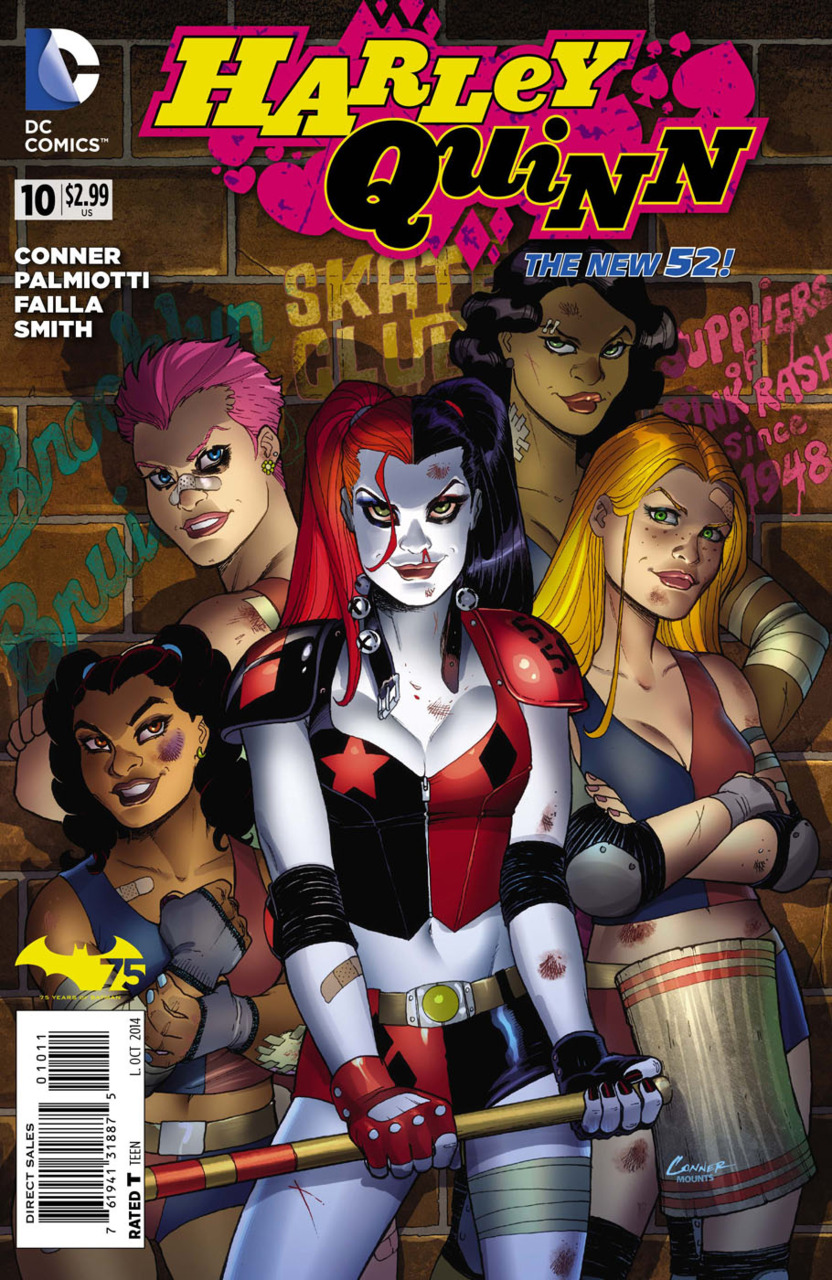 This issue of Harley Quinn kinda felt like filler. Which is weird, because it seems that a lot of issues are coming out really quickly, so you would think that they could avoid that problem by just releasing the next issue next month instead of two weeks later. But then, do you really read this book for the story?

Marco Failla is the artist, this issue, and it’s not my favorite. I’ve seen better with this book. In fact last issue may have been my favorite in terms of art, so that was a bit of a letdown.

Harley is suiting up for her new extreme roller derby, where there are no rules, except take out your opponent. After watching her teammate take out a weird cross-dressed guy, she is up next. Her opponent, Maria Monsterella shows up, who is undefeated.

She beats Harley up to the point that they declare her the winner. In retaliation, Harley uses some of Syborg’s explosive toothpaste, and blows Maria away. The Skate Club tells her that she is disqualified, but is welcome to come back next time.

Harley heads home, when suddenly, Power Girl crashes down from the sky.