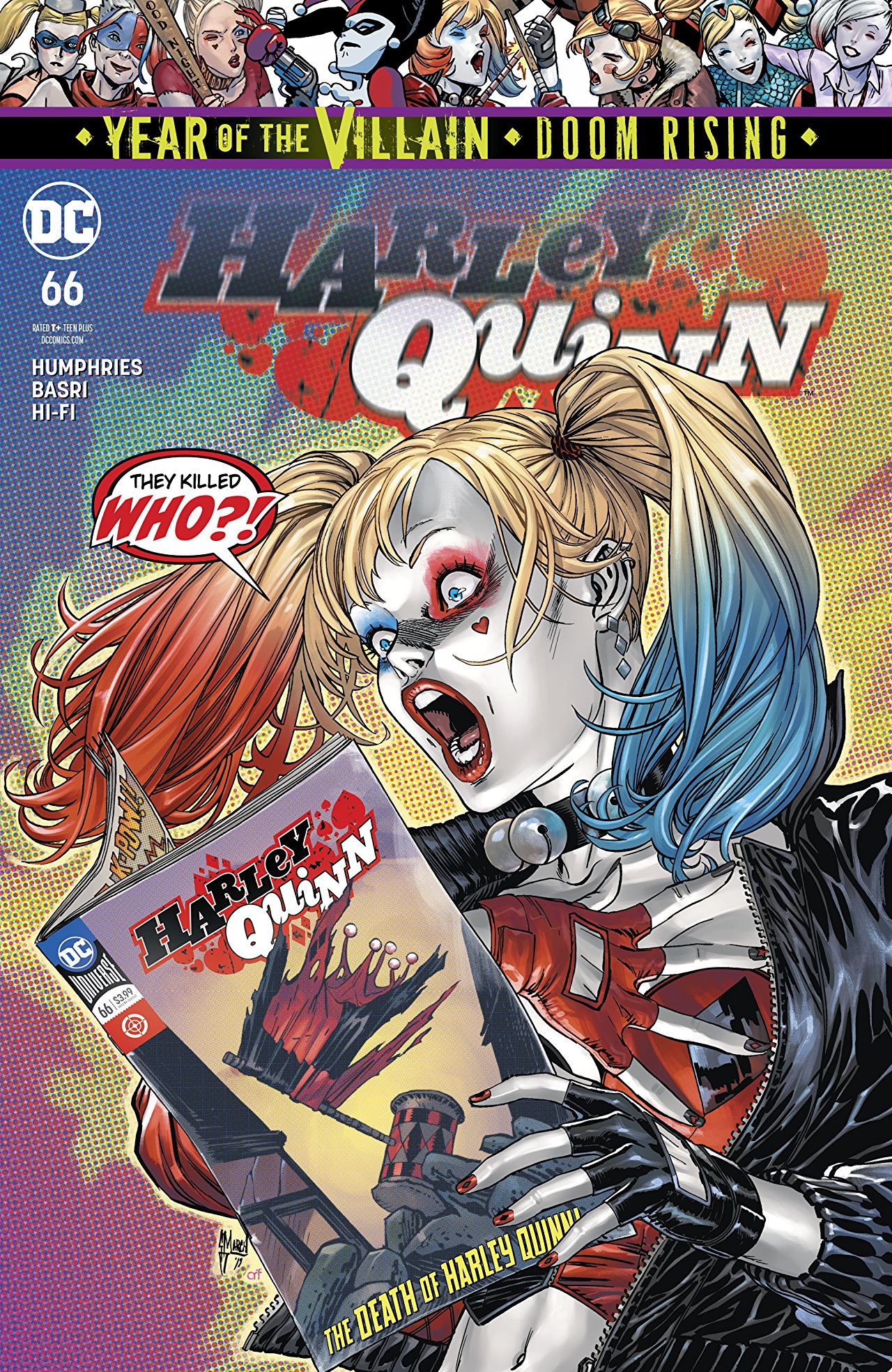 Overview: Harley has become the Angel of Retribution, but she has her own ideas about the role, while she also says goodbye to her mom.

Synopsis (spoilers ahead): The Lords of Chaos and Order have awarded Harley the position of the Angel of Retribution after she passed the trials! But as soon as she has the power, Harley, in a defiant show of strength, attacks the lords. This surprises them as apparently it’s the new record time anyone has ever “betrayed” them! Harley is super annoyed about her mother dying as part of the trials, and the seeming indifference attitude of the lords doesn’t help. They move the setting from a cosmic scale to a tea party where they explain the trials are woven into the flow and fabric of life, and Harley’s mom would always have died of cancer. Harley then goes to Plan B, which is to offer the Angel of Retribution and the fancy flaming sword, in exchange for her mother’s life. They explain that it is not revenge that is driving Harley to attack them, but grief.

The action cuts to Harley and her mom, who have a long touching conversation about how Harley’s mom is at peace and she is not going to come back. The two of them must say goodbye, which is neither one’s strength. They do and Harley’s mom rises into the clouds.

Harley goes back to the Lords of Chaos and Order, and she quits, surprising them again. As she explains to Coach afterward, she gave the job to Mirand’r, who is also brought back to life by the Lords, since her previous tasks are complete.

Harley then decides she has to leave Coney Island, taking her stuffed beaver with her, and a comic book in her backpack. The action cuts to the pages of the comic book, where Harley (in her original costume) is in a Ferris-wheel car with Booster Gold, and a giant Legion of Doom signal appears in the sky above them. This prompts Harley to promise that this is the last time she ever lets a crossover ruin her night – she says they are going to go back in time, to the first event ever and murder it!

Analysis: This is a slick and well-told comic with a nice ending of both this arc, which has labored at times in the telling of its long story, which probably would have worked better in the days when Harley had a fortnight title. Stretched over months, the thinness of the concept was revealed – the revelations of Harley’s mother’s cancer diagnosis and eventual death provided fleeting moments of heart in an arc that was at times almost directionless.

It’s not that Humphries is incapable of interesting moments and concerts. The tease at the end with Harley and Booster on the Ferris wheel and the shining symbol of the Doom in the sky is cool. The fact that this took place inside a comic within a comic and Harley was in her original suit was also well done. But it’s telling that outside of Harley’s scene with her mother, and despite this brief tease, the rest of the action felt not as much cosmic as it felt run of the mill.

Having read every issue of Humphries run I’m convinced these endless attempts to make Harley a cosmic character are in some way a recognition that he is not comfortable with a street-level Harley doing street-level things. In a way it’s quite bizarre – the supporting cast has vanished into the far distance. When we finally see Harley say goodbye to her mother and to the cosmic trials, she immediately decides to leave Coney. These are the choices of the storyteller but it doesn’t feel very grounded or operating with much logic. Instead it feels like Humphries is tiptoeing through a house he doesn’t really feel welcome in. Slick art and a good scene or two can’t save this one from the doubters. It could and should be a better and more consistent title.

Final Thoughts: A slick but reasonably empty experience to wrap up a too long and tiring arc. This book is cooked and needs a new writer.