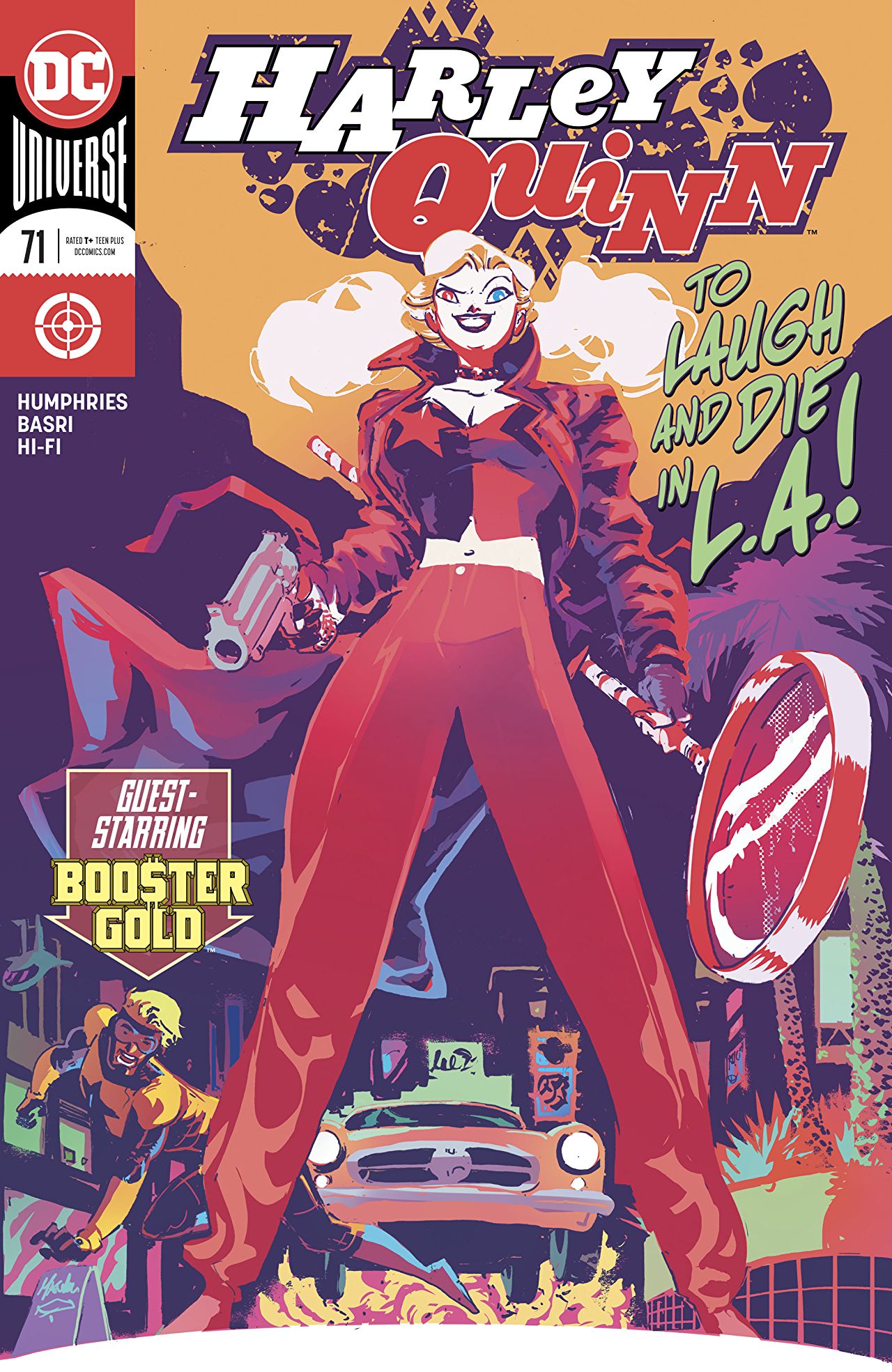 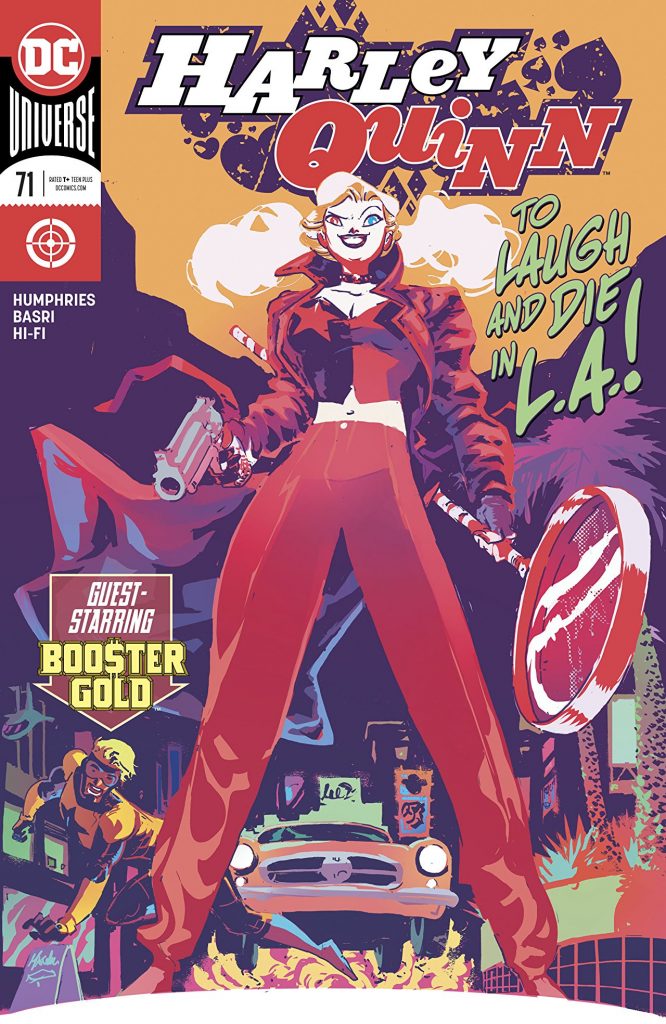 Overview: Harley knocks down many doors in LA while searching for her friend Alicia’s killer.

Synopsis (spoilers ahead): Harley makes a peanut butter and cheezy cracker sandwich, then threatens a suspect to find information about who murdered her wrestling friend in the last issue, despite the police thinking this friend committed suicide. Trying to comfort her friend’s daughter, Harley promises she’s going to find the guilty party.

Harley chases down the criminal, Dummy, a wooden, well, dummy, gets information to lean on another wrestler, and finds out that Shepherd, a former wrestler and current neo-Nazi, was hanging around. Harley infiltrates Shepherd’s employer, a huge warehouse of cubicles, pretending to be looking for a job as a social media influencer. The name Jonathan Wittleson catches her attention – a real estate developer – and she gets Shepherd’s gang location from the company, though her guide warns her that Shepherd is trouble.

Breaking down the door to Shepherd’s hideout, she wipes the floor with his goons, but Shepherd himself is huge and takes her by surprise, throwing her across the street and knocking her out. When she wakes up, everything in the warehouse is gone – including a large pile of bullets.

Distraught at her lack of progress, Harley pours out her sorrows to Booster Gold in the bar from the last issue – as he pours out funds to keep her in drinks. He encourages her to keep pursuing justice for her friend, and she asks for his help and tells him of her plan to confront Baby Face, the commissioner of wrestling.

However, when she confronts the villainous mogul, he threatens to withhold payment to Alicia’s daughter if she keeps pushing. After some soul-searching in the locker room, Harley decides to make her confrontation more public – in the wrestling ring itself, before a live audience. Though she makes her pitch to the audience after beating Baby Face down, his wrestling goons have her down on the ropes and advancing menacingly.

Analysis: Sam Humphries begins digging into the meat of his LA mystery story with classic beats – the hard-boiled interrogation scenes, the grief for the victim, and the confrontation with the bosses. All solid emotional stuff, but the choice to insert a violent political side-quest seems unnecessary to the general tone of the book. Now, you could argue that Mark Russell’s guest issue introduced these ideas, and Humphries has always been adept at juggling the funny and the sincere/darker content – but so far, it’s not quite integrated as smoothly as those previous examples. Hopefully, it will all make sense as the story continues. The use of Booster Gold is quite enjoyable but feels a bit like a repeat of how he was introduced last issue – a sounding board, inspiration, and wallet for Harley’s drinking. Solicitations promise that he’ll continue to be part of the story, so I expect an enhanced use of him in the next few issues.

Sami Basri’s art continues to be a huge draw for the book, alongside colorist studio Hi-Fi. The strong contrast in lighting in the wrestling ring, the nicely chosen hues for the scene with Harley and Alicia’s daughter – the whole comic is simply one of the better-looking books on the stands these days, and considering DC’s high bar for artistic talent right now, that’s saying quite a bit.

The main cover, gorgeously rendered by Riley Rossmo in his trademark hyper-stylized, cutesy look, is perfect for this issue – showing Harleen the Queen, Booster, all highlighted in garish bright red. For once, it outshines the excellent Frank Cho variant, which shows Harley having beaten a leprechaun in honor of St. Patrick’s Day in March.

Final Thoughts: Solid writing and lovely art lay the foundations for this murder mystery for Harley.