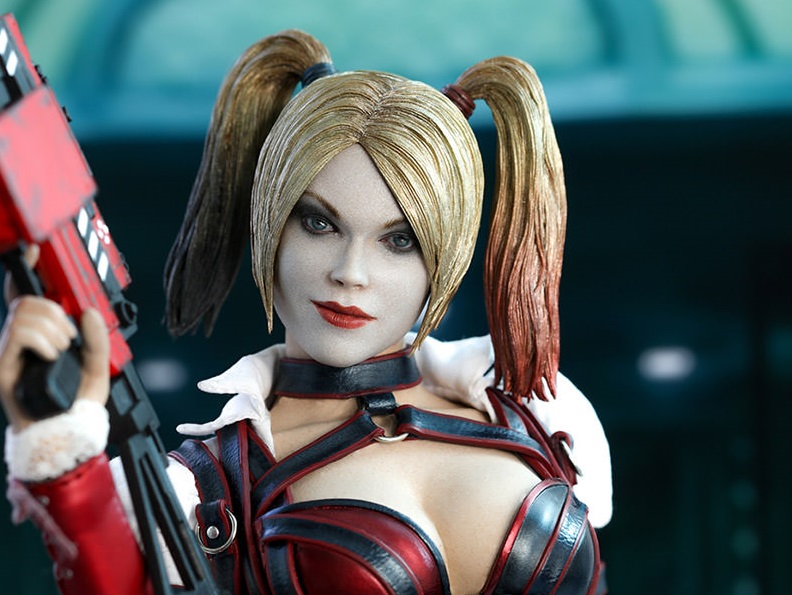 Hot Toys has released details for their latest Batman: Arkham Knight sixth scale figure, which features Harley Quinn. The figure measures almost a foot tall and features a wide variety of costumes, weapons and gadgets, and accessories. It is priced at $266 and is expected to ship between June and September 2021. You can preorder the figure now over at Sideshow Collectibles.

“You gonna bring Ivy to me or am I gonna have to get her myself?”

Begins as an episode before the events of Batman: Arkham Knight, Harley Quinn breaks into the overgrown Blüdhaven Police Department to recruit her partner in crime, Poison Ivy, to be part of Scarecrow’s plan to destroy the B-Man.

Sideshow and Hot Toys present the Harley Quinn Sixth Scale Collectible Figure with the new look mixed with goth and punk, giving her a more edgy and sinister appearance that reflects her unstable and wild personality.

Take this Harley figure home, as she will stand out from the rest of your DC collection!