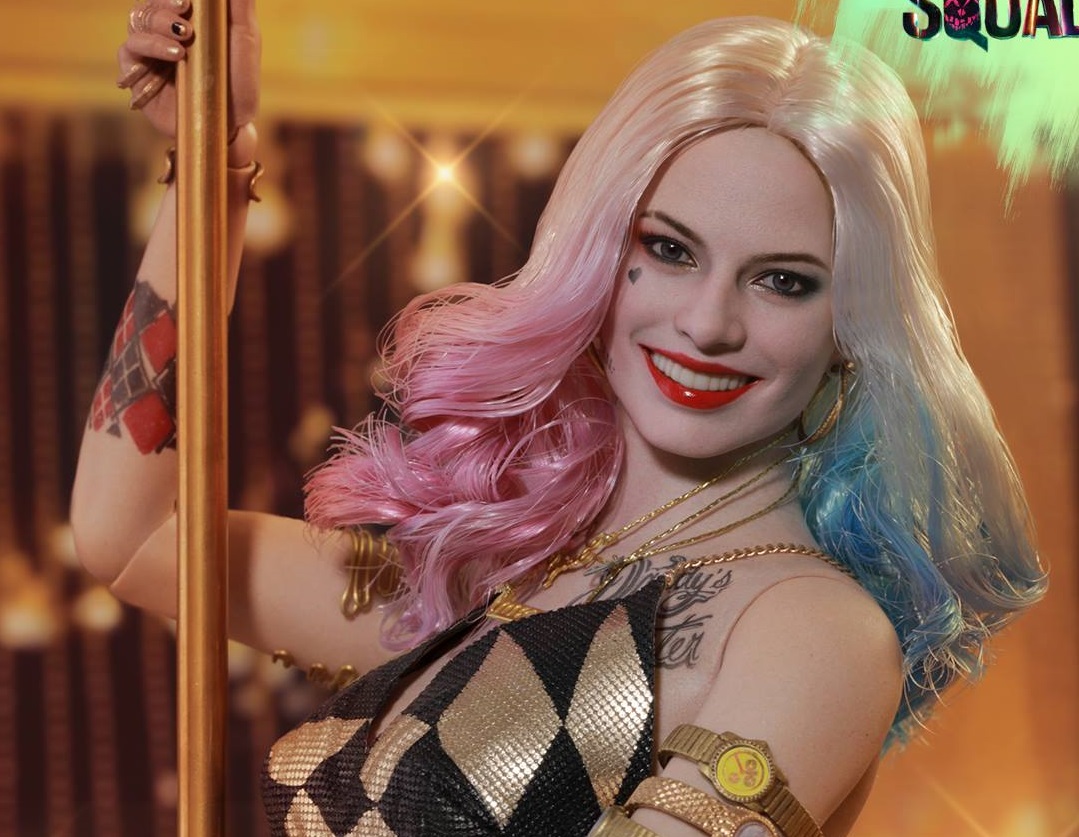 “The one, the only, the infamous Harley Quinn!” – The Joker

Hot Toys has announced a new Harley Quinn figure as part of their 1/6th action figure line. This is set to release in mid-2018.

Being one of the most beloved female villains in DC Comics, fans worldwide are enthralled by Harley Quinn’s madness and her psychotic personality. Established as the Queen of Gotham City with the Joker, Harley Quinn made another remarkable entrance at the night club magnificently decked out in her beautiful dancer dress while pole dancing for the crowd. Sideshow and Hot Toys are excited to present the latest sixth scale Harley Quinn (Dancer Dress Version) from the DC Extended Universe blockbuster Suicide Squad!