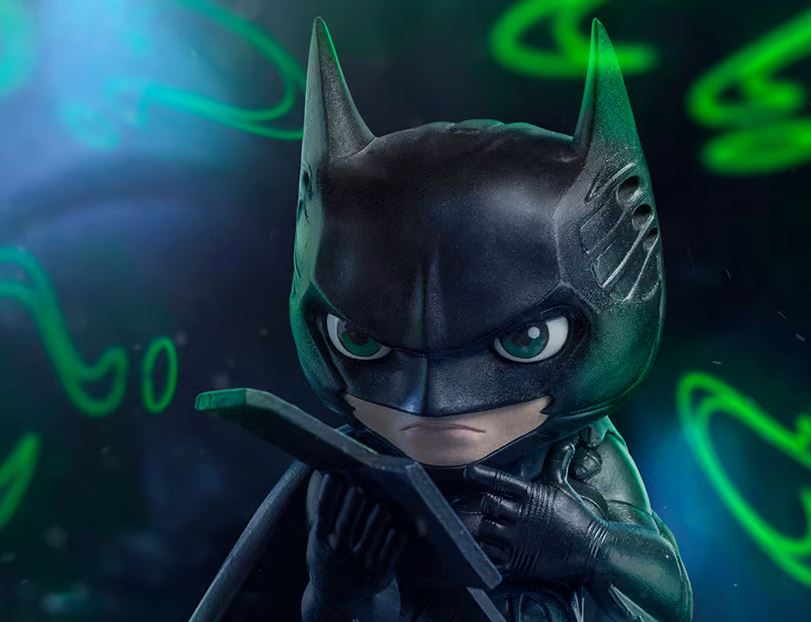 Iron Studios has released details for their latest MiniCo statues, which feature Batman, Robin, and Riddler from their appearance in Batman Forever. All of the statues stand around six inches tall and stand on themed bases. Each of the statues is priced starting at $34.99, and they are planned to ship between April and June 2023. You can find full details for all of the Batman Forever MiniCo statues below, along with preorder links. 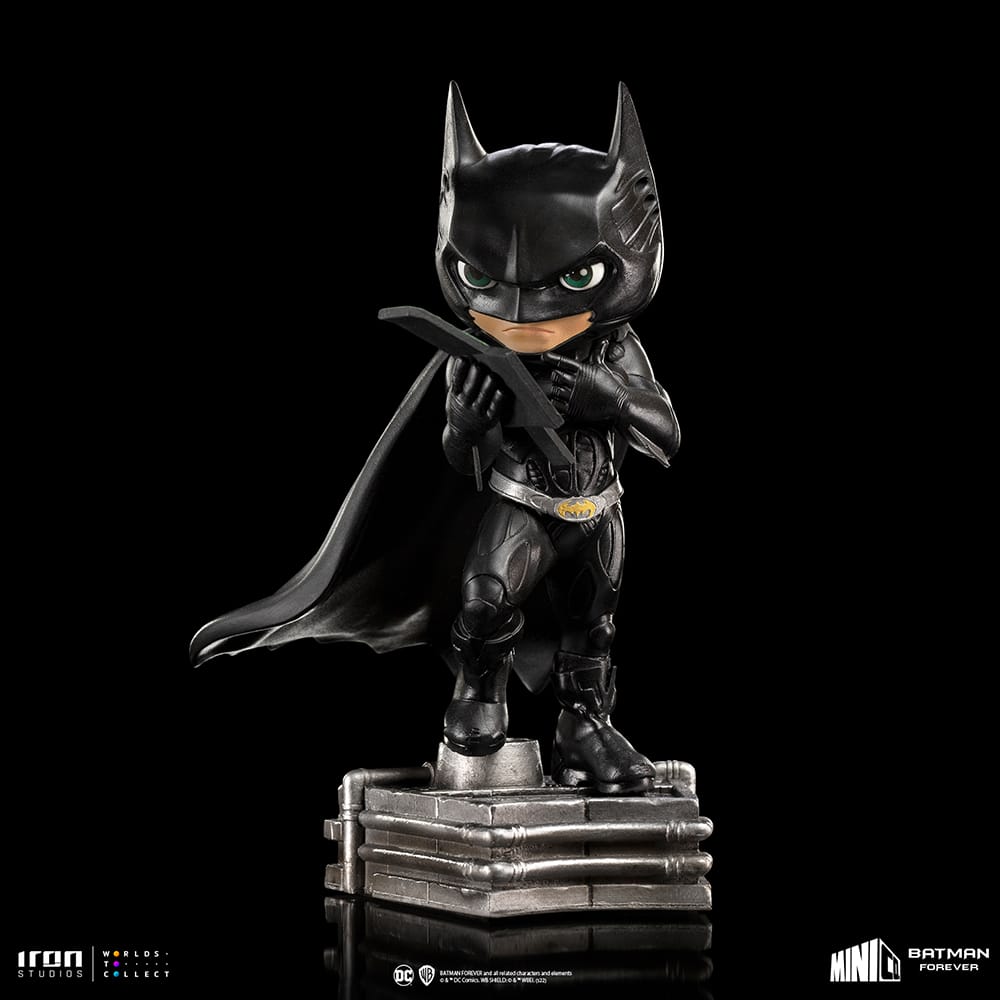 On a platform in his headquarters, the detective hero protector of Gotham City aims to decipher a riddle on the folding of a card sent to his alter ego, Bruce Wayne. With his cunning, wearing his new and stylish crime-fighting armor, soon he deduces the answer and gets ready to fight a new and mysterious villain. Inspired by the fun cinematographic production directed by Joel Schumacher, Iron Studios bring in their stylized Toy Art format the statue “Batman – Batman Forever – MiniCo”, a movie that brought Val Kilmer replacing Michael Keaton in the main role.
Preorder at Iron Studios, Entertainment Earth, or Sideshow Collectibles 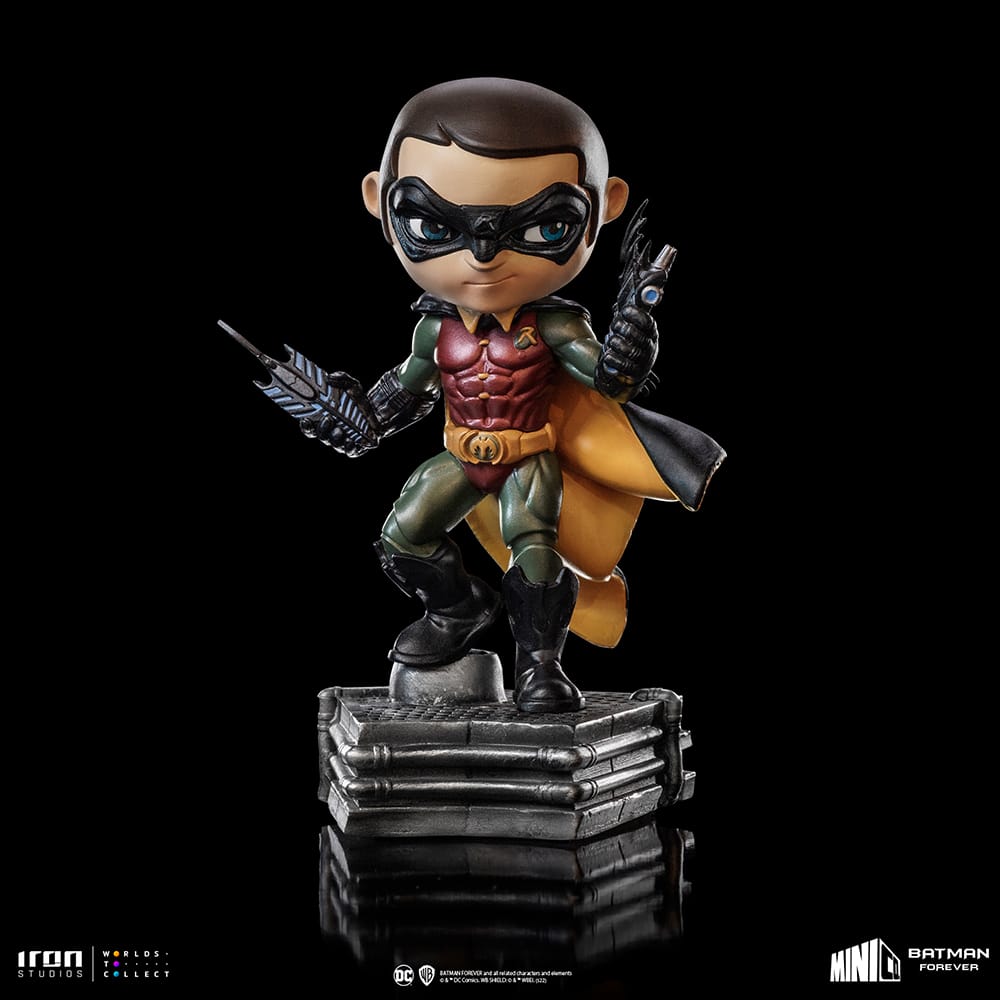 Bringing a miniature Batmobile in one of his hands and a miniature Batboat in the other, the rebellious Boy Wonder tries to decide which one of them will take him faster to face Gotham’s villains before Batman realizes he’s gone. Ready for action with his new colorful red, green, and yellow costume with details in black, over a pedestal of the metallic floor of a platform in the Batcave, Iron Studios present their Toy Art version in the statue “Robin – Batman Forever – MiniCo”, with the Batman’s audacious young partner in his memorable cinematographic version from 1995.
Preorder at Iron Studios, Entertainment Earth, or Sideshow Collectibles 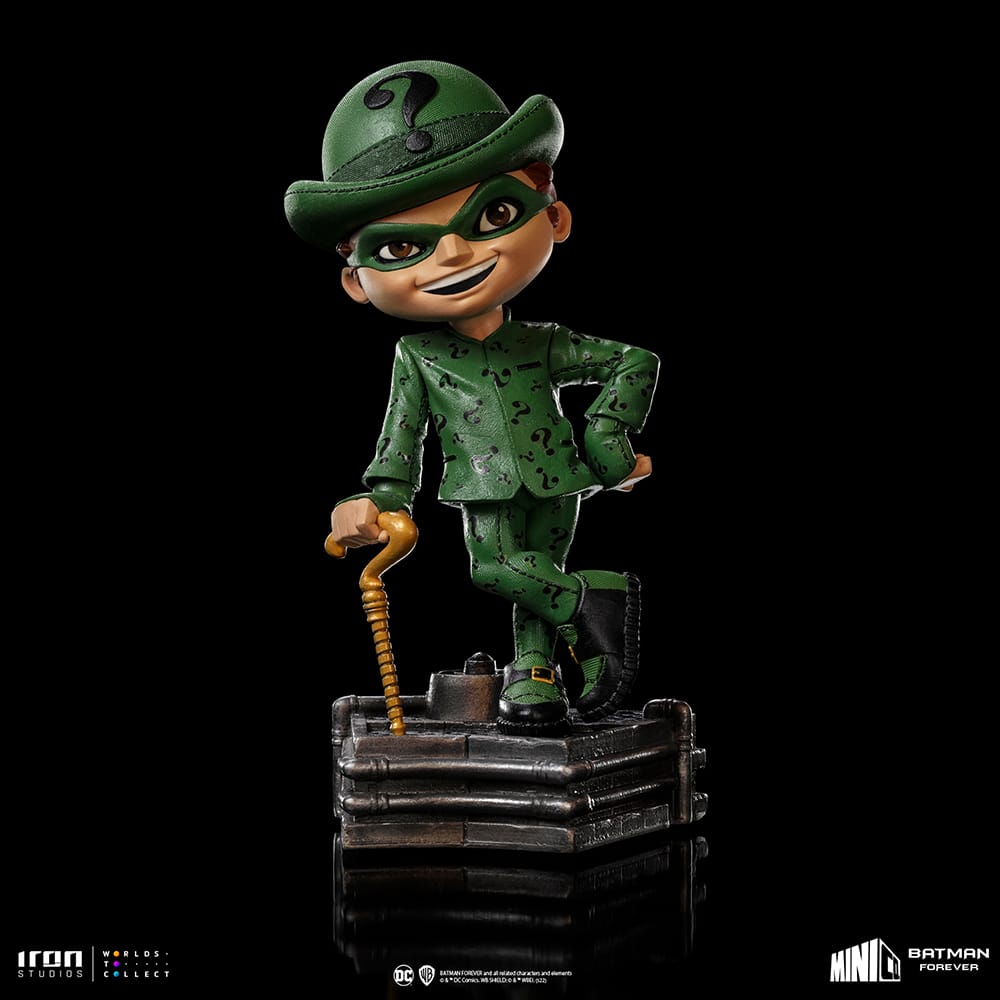 With his green suit and bowler hat filled with question marks, the crazy and systematic villain leans over his stylized walking stick full of hidden devices to trigger his traps in the headquarters of his greatest rival. Dreaming with a distant gaze and roguish smile, his mind never stops creating new riddles to challenge the bat protector of Gotham City and decipher the biggest riddle, the hero’s true identity. Iron Studios bring the statue “The Riddler – Batman Forever – MiniCo”, with Batman’s classic archenemy in his fun and eccentric version in the movies from 1995, in the production by Joel Schumacher.
Preorder at Iron Studios, Entertainment Earth, or Sideshow Collectibles