DC in DC 2018: John Ridley talks the Other History of the DC Universe 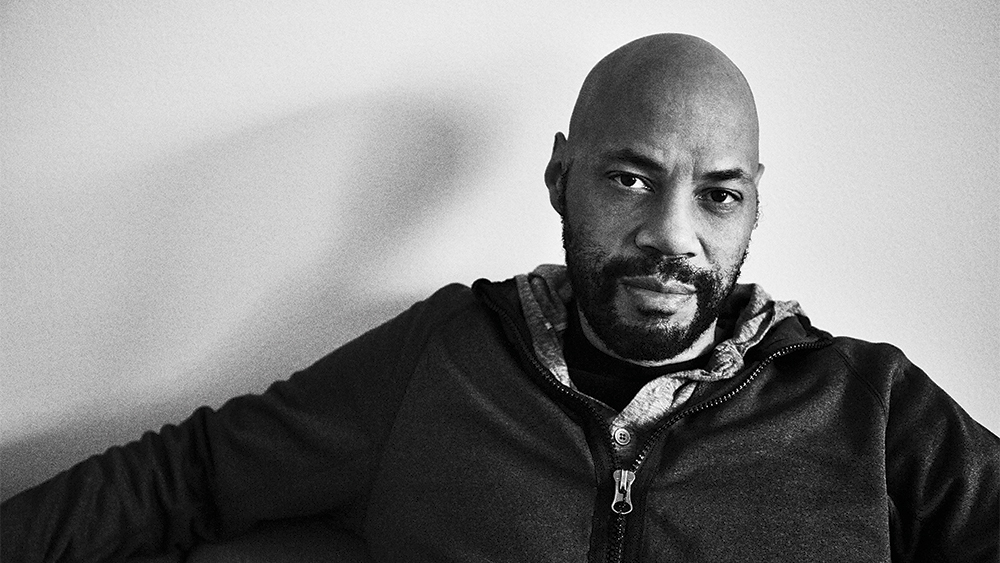 On January 13, John Ridley appeared at the “DC in DC 2018” convention to discuss race issues in comics and his upcoming series “The Other History of the DC Universe.” The series will feature The Batman Universe character Renee Montoya and other minority heroes. John Ridley won an Oscar for writing “12 Years a Slave” and DC Comic fans will know him as the force behind “The American Way.” Ben and I sat down with other reporters to talk to John during one of the DC in DC press sessions. He asked was how “The Other History” came about.

“The second series of “The American Way” was underway and it was going very smoothly and they asked me if there was anything else that I wanted to do or write about. I said ‘there’s this project’. In pitching it was one of those things  where the expectation for a ‘no’…’you can’t take our heroes’ ‘you can’t do that,’ but everyone was so enthusiastic about it. One of those things where I never felt in other work that I’ve done was a sense of urgency ‘let’s do this,’ ‘ how quickly can we do this?’ It was very exciting. It was very mutual. It was something that I wanted to do and present it but the enthusiasm was just something that I never really felt before,” John said.

Details of the series have been vague, so one reporter asked what other characters would be featured.

“Well the characters I’m thinking about, I don’t want to say exactly. Not even spoilers but people go ‘well you said this person was going to be in it but they’re not.’ Think of almost any iconic character of color, of a different gender; Vixen, Renee Montoya, Katana, certainly John Stewart, potentially Jefferson Pierce and his daughters. There truly is wealth of characters to pick and chose from. This news is barely 24 hours old and I’ve had people coming up to me ‘oh you have to have so and so in, you got to have this person in.’ What’s excites me is the enthusiasm so far for people. Not just people going ‘oh that’s interesting, that could be a good book,’ but ‘oh you’re going to have this character, what’s the story, what’s the format, how is it going to lay out.’ So I think there’s something there. The timing is right. The enthusiasm is there. It’ll be interesting, honestly, for me to see which of these characters make the cut. Everybody can’t. But I’m excited for myself to be able to go back and go ‘oh man I forgot about this character’. Mal, whatever happened to Mal? But that’s somebody who was there at the beginning and would love to see whatever happened to him,” Ridley said.

A few years ago, Ridley’s name was attached to an unnamed Marvel TV project. There hasn’t been much news in years and the rumor mill is that the project is dead. I asked if that was the case.

“Perhaps,” John said after considering it for a second. One reporter joked that he couldn’t talk about Marvel because he was at a DC Convention. “If I was at Marvel I couldn’t say too much about Marvel,” John countered. “The answer to your question is no comment.” He was then asked about fans rejecting politics in comics and decrying “social justice warriors.”

“It is odd to me. These heroes have always been social justice warriors from the very beginning. You look at the backgrounds of the individuals who created these characters. They were extensions of fights they were fighting. I think people who say that are ignorant of the history of the creators and the history of comics. The odd thing is I don’t think I’m injecting politics in a lot of the work. It’s perspective. It’s reality,” John said. “I write about life and people presume it to be politics,” he later added.

He was then asked how the second series of “The American Way” came about.

“It had been ten years and I just assumed DC they probably weren’t interested in the property. I called up and I said ‘it’s been ten years would it be alright?’ I owned it, but professionally I wanted to ask before I did anything with it. They’re like ‘are you kidding we would love to do this.’ Essentially it was like two significant others who just never told each other how they really felt. They called me in and were like ‘what do you want to do,’ and I’d had ten years to think about it and they were like ‘done deal, let’s go.’ I was just stunned, if I had called five or six years we could’ve been onto the fourth of fifth series by now,” John said.

john ridleyquestion (renee montoya)the other history of the dc universe