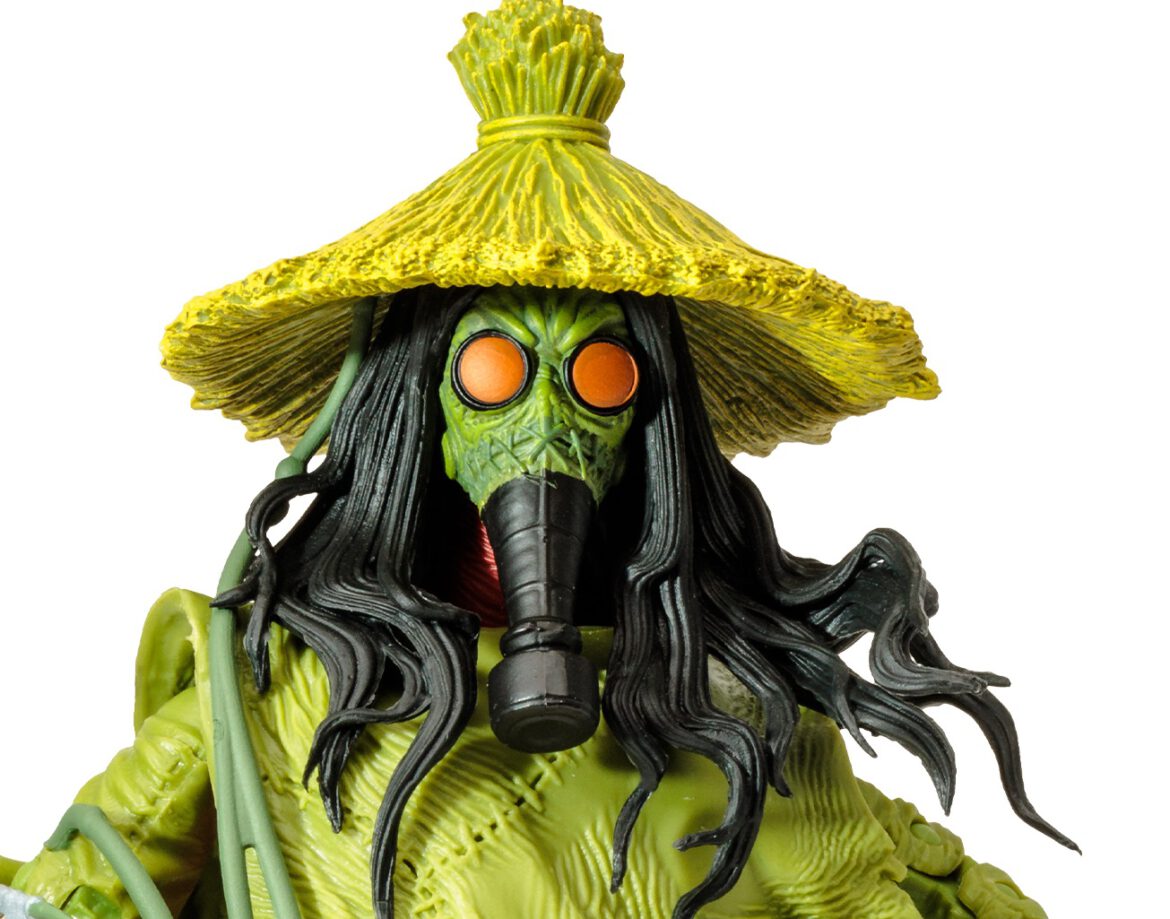 As we head into San Diego Comic Con, McFarlane Toys will be revealing several new figures coming to the DC Multiverse line. The first McFarlane DC Multiverse figure to be revealed is the Infinite Frontier version of Scarecrow. This character version was found in James Tynion’s story in the pages of Batman. The seven-inch figure includes a collectible card and a standard display base. This figure is $19.99 and is expected to ship in September 2022. You can preorder it now at Entertainment Earth or Amazon.

As a young child, Jonathan Crane was subjected to sick and twisted experiments on fear conducted by his own father. Emotionally scarred and mentally unstable from the ordeal, Crane spent his childhood living in fear until he made an important realization—if he could control fear, it would never again control him. Over time, this interest in fear became an obsession. Graduating from college with a doctorate in psychology and specialty in phobias, Jonathan began experimenting on others, subjecting them to a hallucinogenic fear toxin he developed that brought out their worst nightmares. Crane is constantly improving upon his formula, creating more potent and deadlier versions.

Product Features: Incredibly detailed 7” scale figure based on the DC Multiverse. Designed with Ultra Articulation with up to 22 moving parts for a full range of posing and play. Scarecrow is featured in his look from Infinite Frontier. Scarecrow includes a base. Included collectible art card with figure photography on the front and character biography on the back. Collect all McFarlane Toys DC Multiverse Figures.