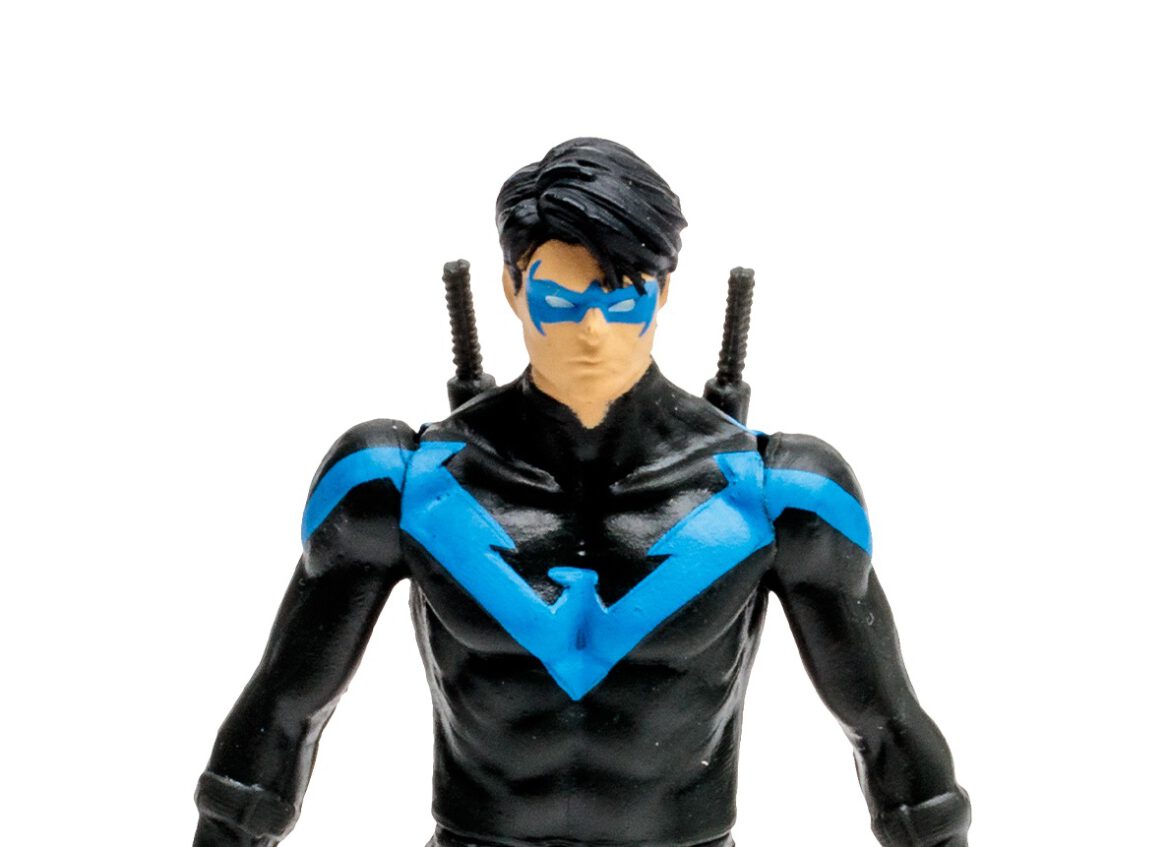 McFarlane Toys has released details for their latest Page Puncher figures, and the last one from the Batman Universe features the Rebirth version of Nightwing. The figure is based on his appearance in Nightwing: Rebirth #1 from 2016, which is the comic that is included with the action figure. It is priced at $9.99 and is expected to ship in November 2022. You can preorder the figure at Entertainment Earth or Amazon.

Dick Grayson began his crime-fighting career as the original Robin—Batman’s protégé and crime-fighting partner. An expert acrobat and skilled fighter, Dick eventually left the nest and ventured out on his own as a new hero called Nightwing. His childhood experiences as a circus acrobat and trapeze artist make him extremely agile. He is a superior fighter and a highly skilled martial artist who has been personally trained by Batman. Nightwing is a keen detective, a natural leader, and a strategist with advanced knowledge of various technologies.

Product Features: Packed with a pocket-sized hero or villain at a 3” scale based on the DC Multiverse. 5 points of articulation to Punch and Kick. Nightwing is based on his iconic comic book look. Comes packaged in a blister pack with an English-only reprint of your favorite comics that the figure is based on. Collect all additional McFarlane Toys DC Page Punchers Today!