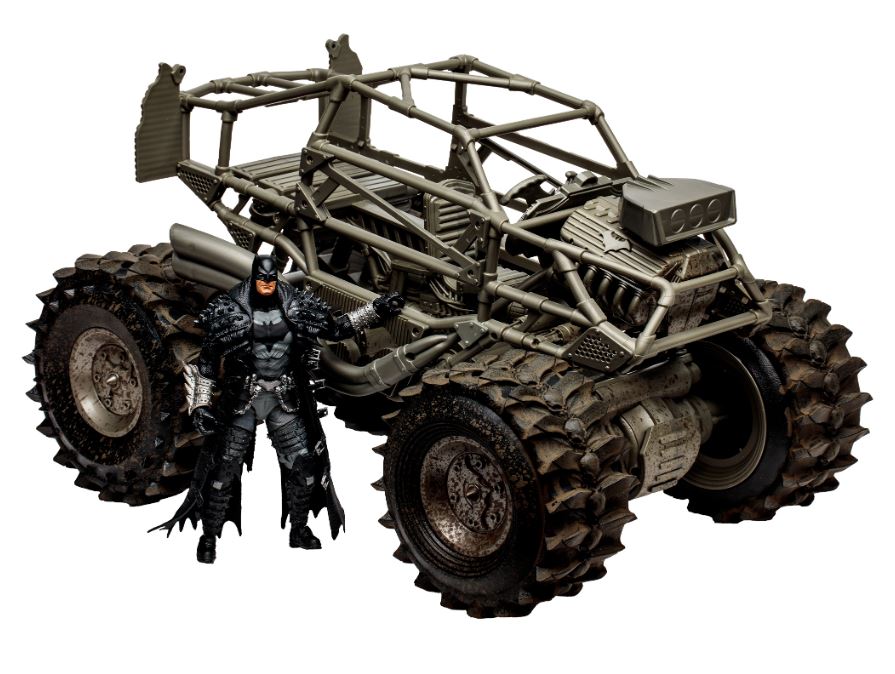 Earlier this year, McFarlane Toys released the Batmobeast vehicle for the DC Multiverse line. Now they have a brand new variant of the Batmobeast for the Gold Label line. The original release saw the oversized vehicle with a cover for the vehicle. The new release sheds that part, adds a Death Metal Batman, and sports a dirty paint scheme on the bottom portion of the vehicle. Surprisingly, the price was also reduced as it went from $79.99 to $50 for the new version. It is planned to ship in December 2022. You can preorder the vehicle exclusively through Walmart now.

After one world within the Dark Multiverse™ devolved into chaos, Batman™ uploaded his consciousness into every piece of technology to enforce and protect humanity. Humanity wiped Batman™ from every piece of tech on Earth—except one, the Batmobeast™. Designed to be the ultimate all-terrain vehicle, this monstrous Batmobile™ now holds all the imprints of Batman’s™ consciousness and races across the desolate landscape of its broken planet.