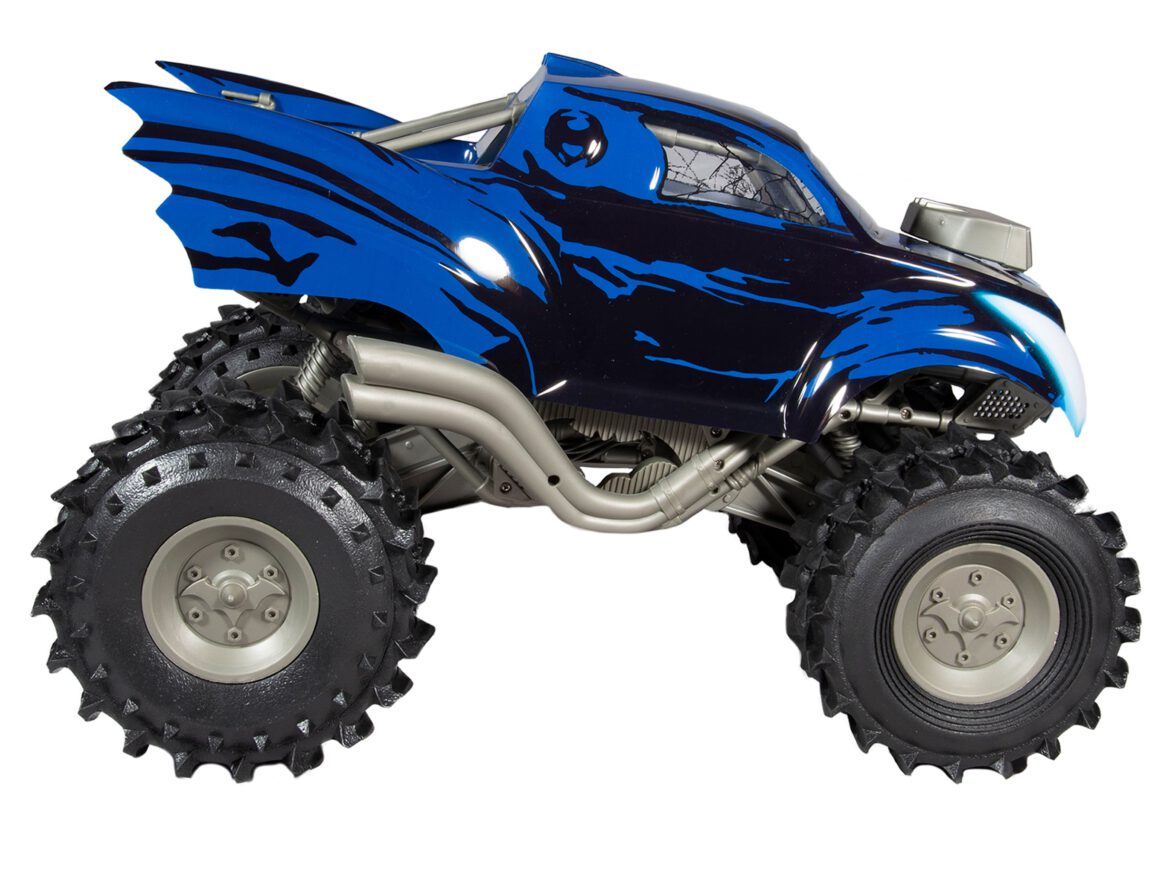 The rumors keep materializing into reality as the latest item rumored back in August, McFarlane Toys has officially announced the Batmobeast. The vehicle is designed after its appearance in Dark Nights: Death Metal and may also be one of the last items coming from the storyline. The new offering is the largest item ever released as part of the line as it measures about seventeen inches long and features rolling wheels and the ability to fit seven-inch scale figures inside. It is priced at $79.99 and is expected to ship in January 2022. You can preorder the vehicle on Amazon, Entertainment Earth, or Gamestop.

After one world within the Dark Multiverse devolved into chaos, Batman uploaded his consciousness into every piece of technology to enforce and protect humanity. However, his protection and leadership soon turned to tyranny, and those he sought to save revolted against him. In an attempt to regain their freedom, humanity wiped Batman from every piece of tech on Earth—except one, the Batmobeast. Designed to be the ultimate all-terrain vehicle, this monstrous Batmobile now holds all the imprints of Batman’s consciousness and races across the desolate landscape of its broken planet.