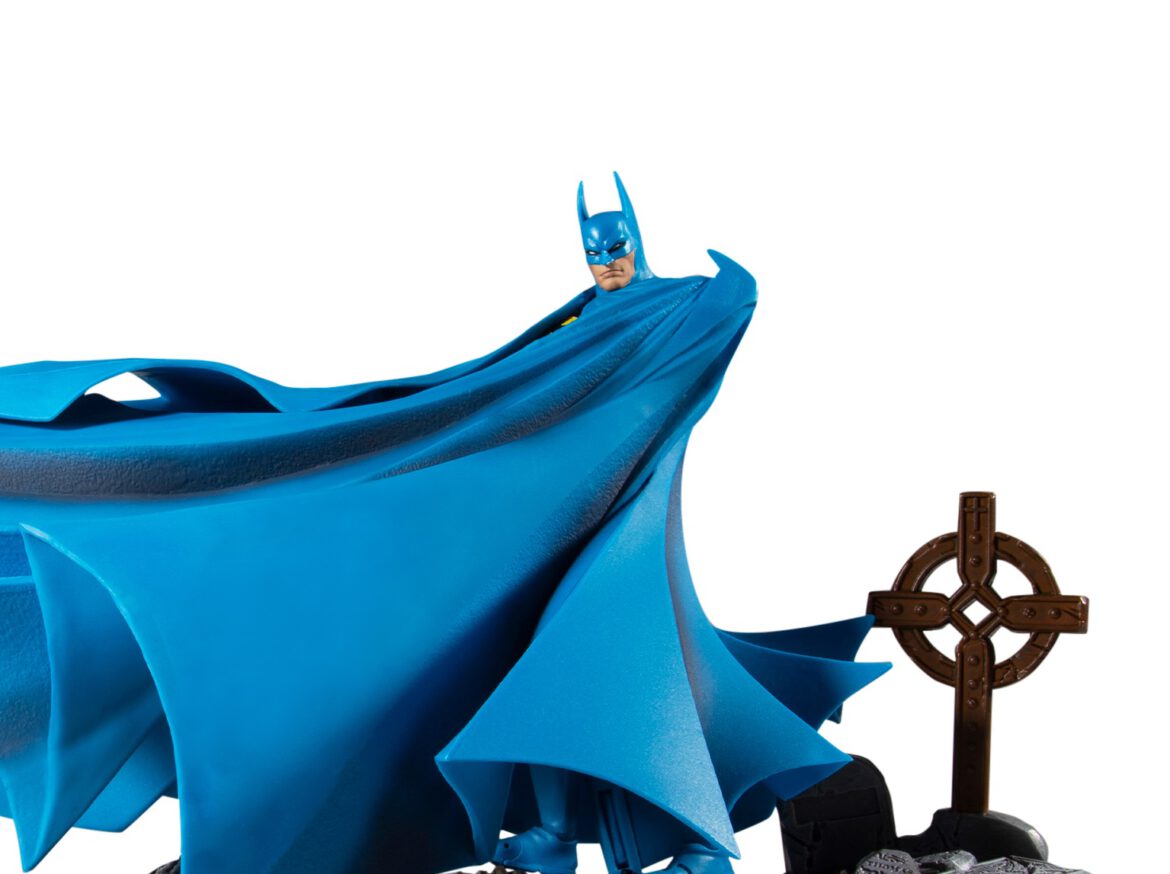 McFarlane Toys has released details for the rumored New York Comic Con exclusive Batman: Year Two figure. This new Gold Label figure features a dramatically long cape and graveyard diorama. The figure is part of the standard seven-inch DC Multiverse line, but with the diorama, it will stand an extra two inches tall. The figure also includes an alternate cape option and interchangeable hands. There will be two versions available. The standard version is priced at $49.99 and there is a special version that includes a signed collector card by Todd McFarlane, the original artist for the Batman: Year Two storyline. Both versions are expected to ship in 2021, but rather than it being exclusive to New York Comic Con, both versions are exclusive to Target for their Fall Geek Out event. Preorders are available now exclusively through Target.

After failing miserably to defeat the Reaper, Batman must consider fighting fire with fire, which unfortunately puts him at deadly odds with the Gotham City Police Department. Forced to then work with Joe Chill as a result, the man responsible for killing his parents, Batman must do what he can to put an end to the Reaper’s tyranny, even if it goes against his best interest.

Product Features: Incredibly detailed 7” scale figure based on the DC Multiverse. Designed with Ultra Articulation with up to 22 moving parts for a full range of posing and play. Batman is based on his look from the Batman Year Two comic. Batman includes a large stylized cape, a fabric cape, a batarang, and a cemetery base. The Large Stylized cape can be removed from the figure and replaced with the fabric cape at will by removing the figure’s head. Arms are removable as well to fit the stylized cape on the figure, and then can be reassembled by popping them back into the figure. Included collectible art card with figure photography on the front, and character biography on the back. Collect all McFarlane Toys DC Multiverse Figures.