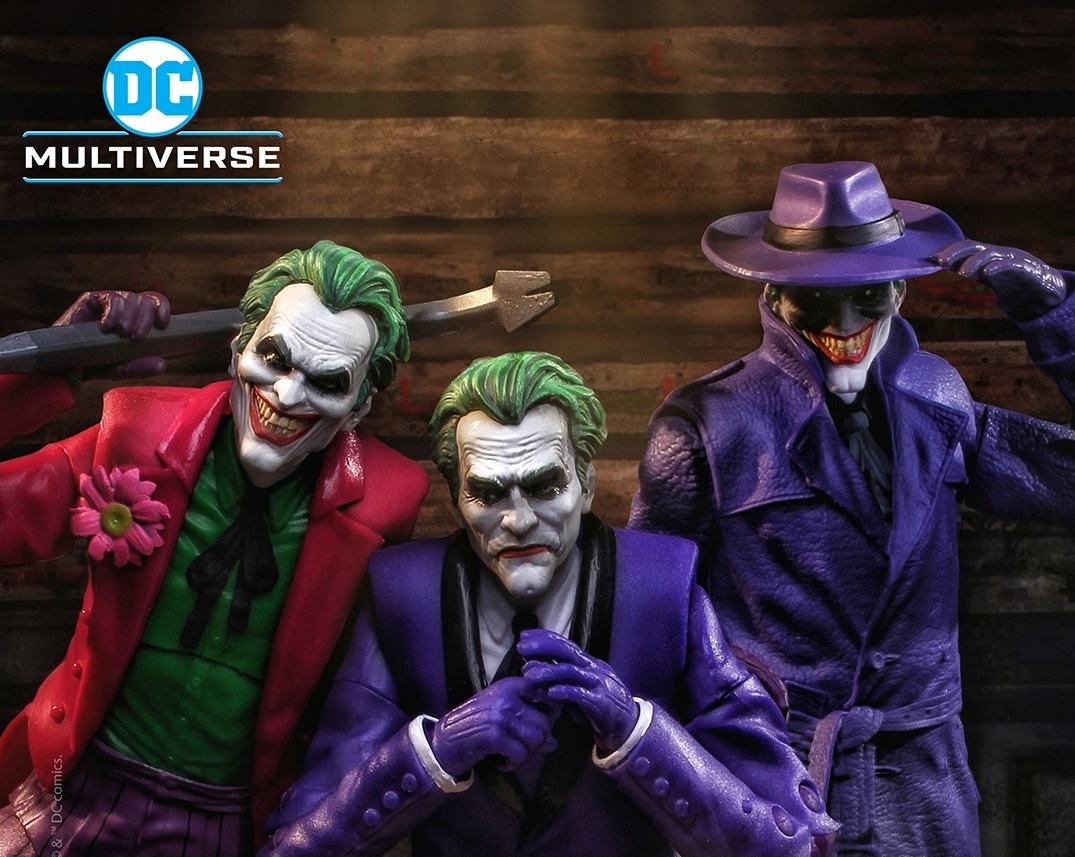 In honor of Batman Day, McFarlane Toys has released a number of images that feature the next upcoming wave of DC Multiverse figures featuring Batman: Three Jokers. The wave, originally rumored earlier this year, will include the three Jokers – The Comedian, The Criminal, and The Clown – as well as Batgirl, Red Hood, and Batman all based on their appearance in the comic series. No other details have been revealed, but preorders should be coming soon along with further details for the McFarlane Toys Three Jokers figures. Stay tuned to TBU for the latest information regarding the Batman Universe as part of the DC Multiverse line.