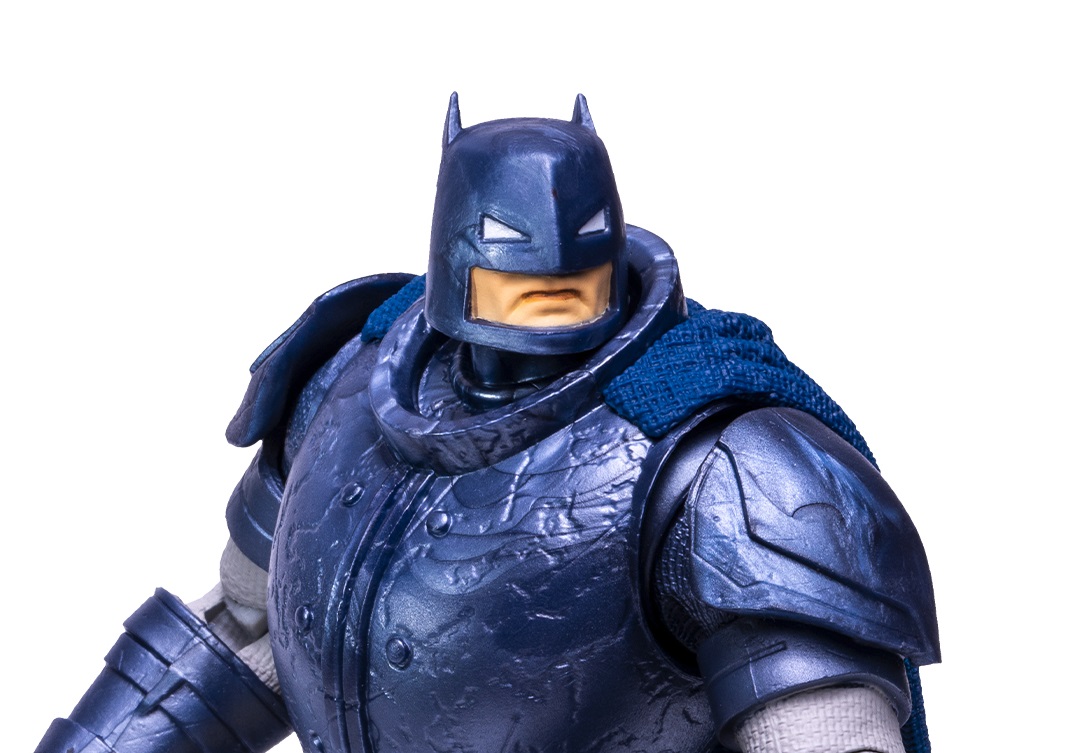 McFarlane Toys has announced a new two-pack of figures for the DC Multiverse line featuring Superman and an armored Batman. Both figures are based on their appearance in Batman: The Dark Knight Returns. The new pack packages the same Superman figure that was released as part of the build-a-figure wave based on The Dark Knight Returns. The armored Batman is similar to the one that was released on its own, but this pack features a new color scheme with the armor being more blue than gray. The pack comes with both figures, two collector cards, two display stands, and a new diorama base. The set will retail for $39.99 and release in April 2022. You can preorder the set at Entertainment Earth, Amazon, or GameStop.

As a child, Bruce Wayne™ watched as his parents were brutally killed in Gotham City’s™ Crime Alley. Traumatized by their deaths, he devoted his life to becoming the world’s greatest weapon against crime—the Batman™! He’s a master detective and an expert martial artist, but his greatest weapon is his mind. Batman has a plan for every occasion, as well as high-tech weapons, gadgets, and vehicles to assist him in his relentless pursuit of justice! Now, after 10 years in retirement, Batman returns in an armored suit and ready for an epic battle to determine the fate of the Earth.
Sent to Earth from the dying planet of Krypton as a baby, Kal-El was found by farmers Martha and Jonathan Kent and raised as their son, Clark. As Clark grew, the radiation from Earth’s yellow sun gave him enhanced senses and extraordinary powers, including super-strength, super-speed, and flight. Now fully grown, he uses his powers to protect his adopted world as Superman.
In the near future, after the Dark Knight™ comes out of retirement to fight crime once again, Superman is called in by the President to reason with Batman and quell the “ruckus” in Gotham City. Batman, however, has no plans to stop his war on crime. What results is an epic showdown between the two Super Heroes to determine the fate of the Earth.
Product Features: Incredibly detailed 7” scale figures based on the DC Multiverse. Designed with Ultra Articulation with up to 22 moving parts for a full range of posing and play. Superman and Batman are featured in their look from their fight in the comic The Dark Knight Returns. Includes a specialized base. Included collectible art cards with figure photography on the front, and character biography on the back. Collect all McFarlane Toys DC Multiverse Figures.