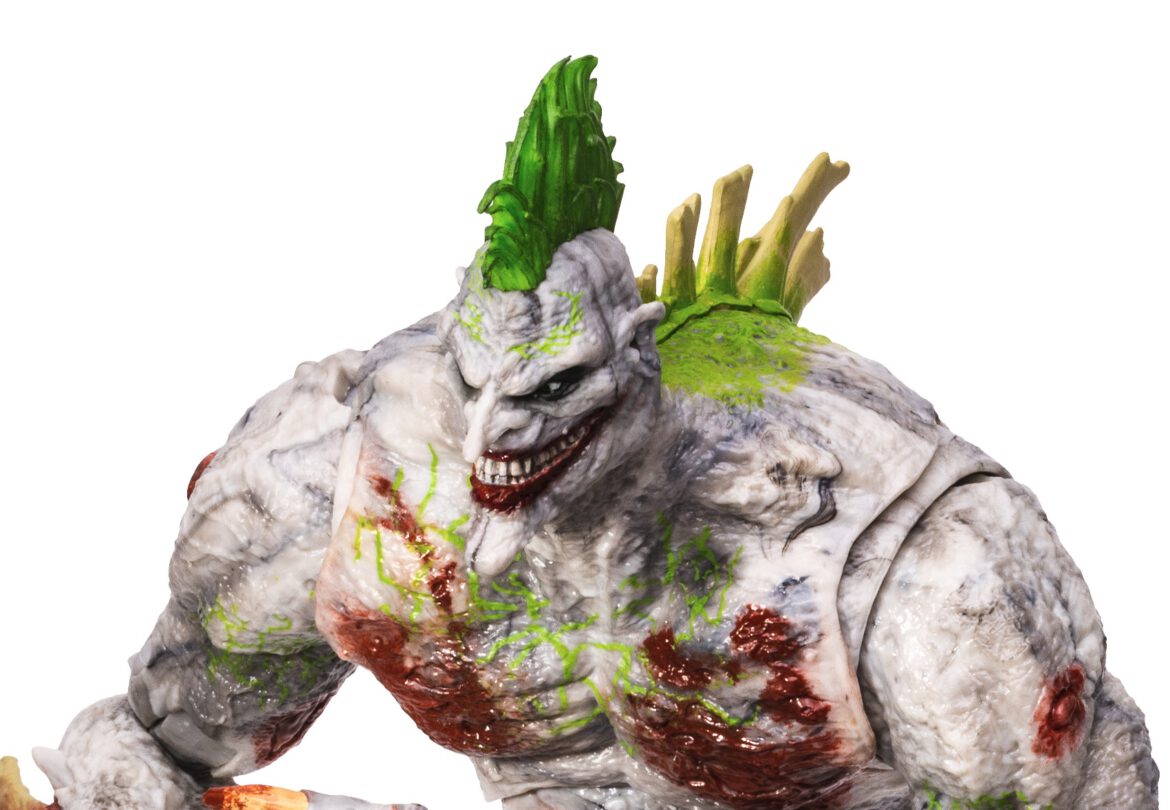 McFarlane Toys have announced a new DC Multiverse megafig featuring the Titan Joker from Batman: Arkham Asylum. The megafig was originally teased late last month and now there are more details. The Titan Joker is in scale with the seven-inch figures but is larger in size. The figure features twenty-points articulation and comes with a base and a collector card. It is priced at $39.99 and is expected to ship in March 2022. You can preorder the megafig at Entertainment Earth, Amazon, or GameStop.

An insanely dangerous Super-Villain, The Joker’s white skin, green hair, and blood-red lips belie the chaotic nature underlying his cartoonish appearance. The self-styled Clown Prince of Crime has no superpowers, beyond a capacity for incredible violence and a skill at creating deadly mayhem. He frequently concocts elaborate schemes to entrap his arch-nemesis, Batman.

One of The Joker’s most evil schemes involves his use of the Titan Formula, a potent toxin he secretly funded to be a successor to Bane’s Venom. Once injected with it, the host mutates into a large monstrosity and gains vast strength and durability, which allows The Joker to unleash a horrifying army upon an unsuspecting Gotham City! Always thirsty for power, The Joker even injects himself with the formula and transforms into The Joker Titan… but it all proves futile when Batman thwarts The Clown Prince of Crime’s plans and stops the chaos from spreading any further.

Product Features: Megafigs are large figures to match their 7” scale figure counterparts based on the DC Multiverse. Designed with Ultra Articulation with up to 22 moving parts for a full range of posing and play. Titan Joker is featured in his look from the final boss battle of the video game Batman: Arkham Asylum. Includes a base. Included collectible art card with figure photography on the front, and character biography on the back. Collect all McFarlane Toys DC Multiverse Figures