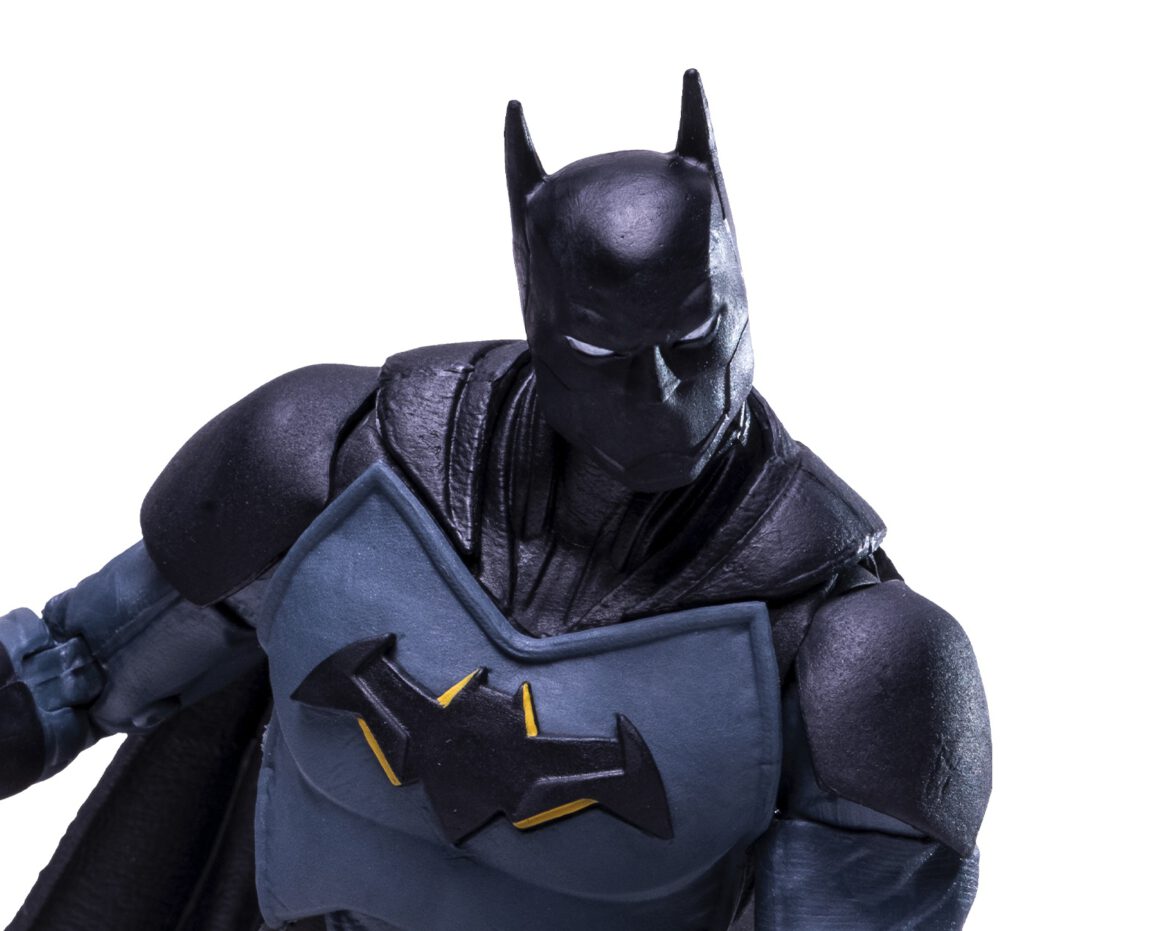 As mentioned in our last DC Multiverse rumor article, McFarlane Toys has announced the Next Batman from Future State: The Next Batman. The seven-inch figure features twenty-two points of articulation, a batarang, swappable hands, a standard base, and a collectible card. The figure is priced at $19.99 and is expected to release in March 2022. You can preorder the figure at Entertainment Earth, Amazon, or GameStop.

Tim “Jace” Fox, the estranged son of billionaire Lucius Fox, returns to Gotham City after having disappeared for years. Following an attack on Arkham Asylum known as “A-Day,” the Mayor of Gotham City allows a private law enforcement group known as the Magistrate to take over policing vigilantism in the city, cracking down on anyone wearing a mask. Soon after, Bruce Wayne and Batman are nowhere to be seen and Gotham City quickly goes from bad to worse. With the Magistrate ruling the city, and the Dark Knight gone, Gotham needs a new hero—enter Tim Fox, the Next Batman!

Product Features: Incredibly detailed 7” scale figures based on the DC Multiverse. Designed with Ultra Articulation with up to 22 moving parts for a full range of posing and play. Tim Fox is Featured in his look from DC Future State. Tim Fox comes with alternate hands, a batarang, and a base. Included collectible art card with figure photography on the front, and character biography on the back. Collect all McFarlane Toys DC Multiverse Figures.