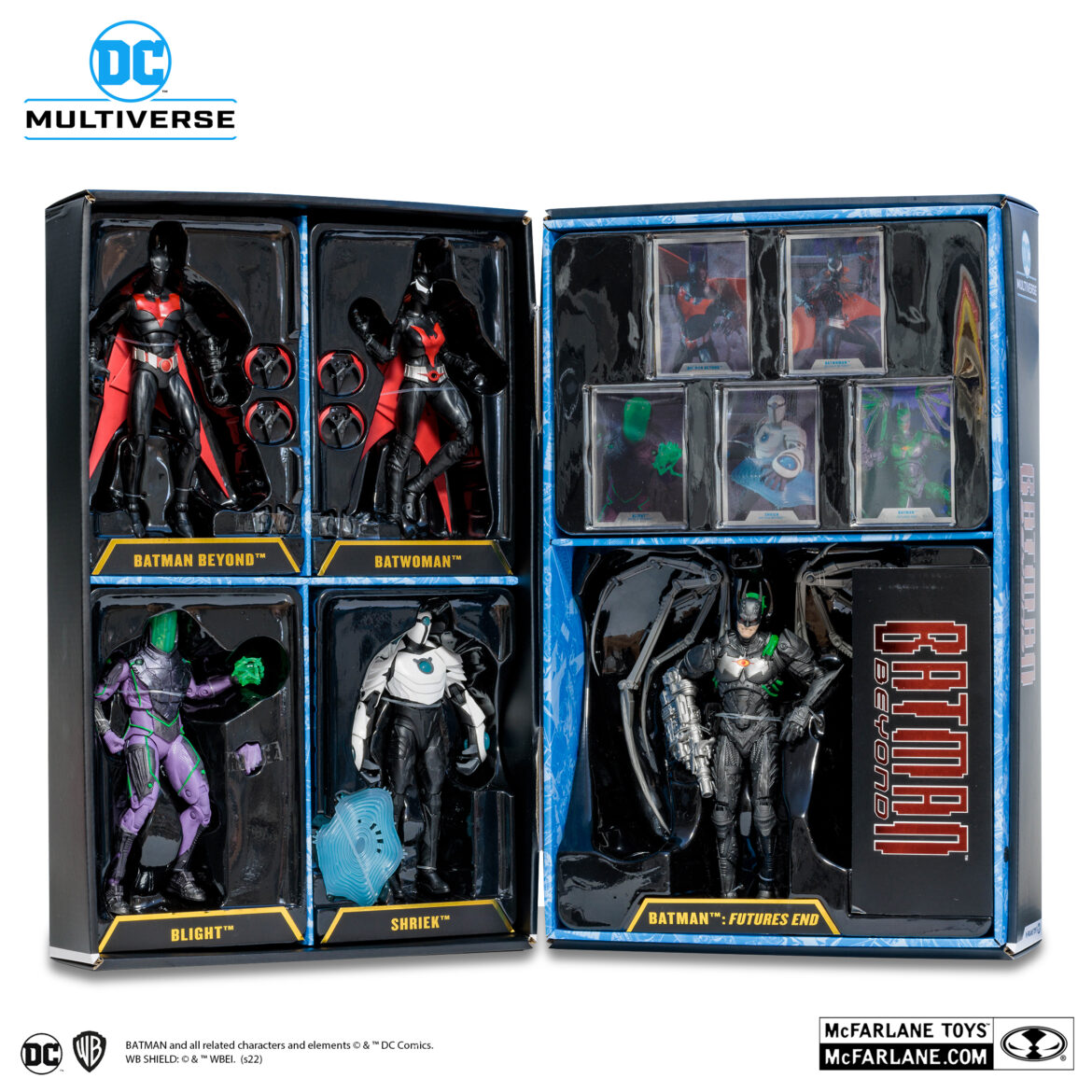 McFarlane Toys has announced a new box set featuring all five figures from the Target exclusive Batman Beyond wave. The box set will include the original four figures along with the already assembled build-a-figure. The characters include Batman Beyond, Batwoman, Blight, Shriek, and the Futures End Batman. All of the figures include accessories and collector cards as part of the box set. The original wave had the figures priced at $24.99 each making the new box set, priced at $79.99, a steal for those looking at making the five figures part of their collection. No specific release date has been listed, but the set is up for preorder exclusively at Target.

A deluxe collector’s pack that contains all 5 Batman Beyond Build-A figures; Batman Beyond, Batwoman Beyond, Blight, Shriek, and Batman: Futures End, complete with their art cards and accessories, in a foil window box packaging that folds open to display.