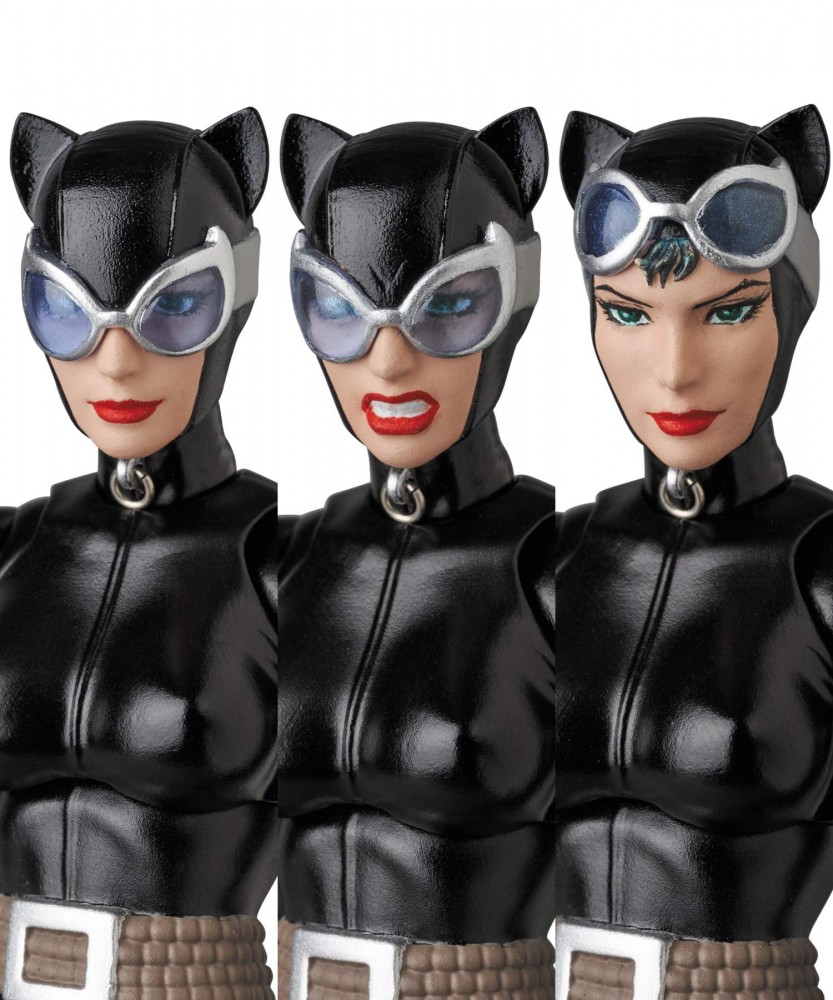 Medicom has released details for their latest DC Comics MAFEX Figure which features Catwoman based on her appearance in Batman: Hush. The figure measures six inches tall and features three interchangeable faces, many interchangeable hands, and a whip. It is priced at about $70 and is expected to ship October 2020. You can preorder the figure over at Entertainment Earth now.

Based on the Jim Lee designs seen in the popular Batman: Hush storyline, this Batman: Hush Catwoman MAFEX Action Figure stands roughly 6-inches tall and will include 3x heads, alternate hands and her signature whip.